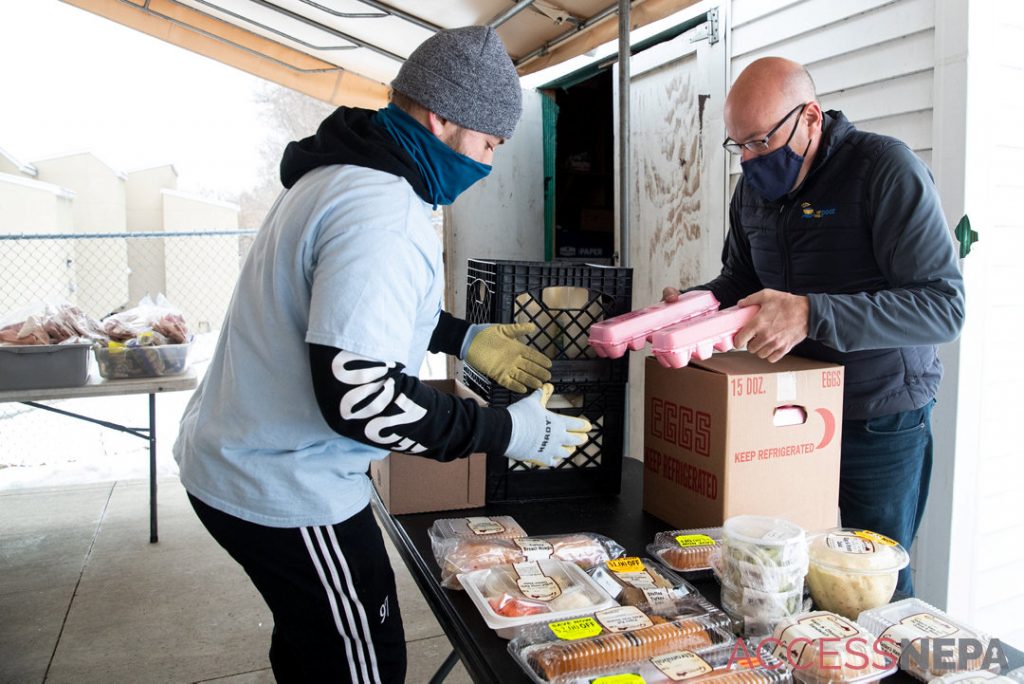 Friends of the Poor sets goal for endowment campaign

With more than three decades of serving the community in the books, Friends of the Poor is thinking about the future.

The ministry, sponsored by the Sisters, Servants of the Immaculate Heart of Mary, marks the 35th anniversary of its founding this year by the late Sister Adrian Barrett, I.H.M. Friends of the Poor also celebrates the service of Sister Ann Walsh, I.H.M., a “force for the needy” credited with significantly growing its programming.

Through the Sister Ann Walsh, IHM Endowment Fund, Friends of the Poor leadership intends to raise $350,000 to continue the mission of easing the burden of poverty while enhancing the quality of life in the community well into the future.

The COVID-19 pandemic reinforced the importance of the organization’s services, Friends of the Poor President and CEO Meghan Loftus said.

Friends of the Poor stepped up its efforts to support the community from the start of the pandemic in March, which included holding at least 28 drive-thru food giveaways through the rest of the year.

The organization has always assisted those who were already living in poverty beforehand, but 2020 brought an increase in the number of people enduring financial hardships, possibly for the first time.

“It’s been really hard to meet the need. We’ve been doing the best we possibly can in helping people. … There’s so much need and the manpower alone that it takes to meet that need is a little overwhelming at times,” Loftus said.

Loftus said as sisters retire, the funds raised will allow Friends of the Poor to hire staff as needed to fill their shoes.

“We wanted to make sure the organization would be around for as long as it’s needed,” she said.

Friends of the Poor started soliciting its first sponsors last fall before taking the campaign public, raising around $200,000, she said.

The organization is holding its second “Stay at Home Ball” to honor its 35th anniversary and raise money for the fund. For every $100 given, donors will be entered into an April 8 raffle drawing. Prizes include four tickets to a Notre Dame football game in South Bend, Indiana, this October with a two-night hotel stay; two tickets to a Philadelphia Eagles game; and a 65-inch LG smart television.

In a challenging time for fundraising, Loftus noted that any contribution is appreciated. Normally, a lot of people give small donations that add up and make a difference, and she hopes this continues as Friends of the Poor raises money toward its endowment honoring Walsh.

Gary Drapek, president and CEO of the United Way of Lackawanna and Wayne Counties, said it’s been heartening to watch Friends of the Poor and other local nonprofits pull together over the last year to cover the area’s needs during the pandemic.

He commended Friends of the Poor for taking a “forward view” with its campaign.

“Any organization that’s stuck to their mission has to look to future leadership and future existence, especially those providing vital services in the community,” he said.

Walsh said she’s “humbled and honored” by the recognition from Friends of the Poor.

“What really delights me is that we were able to celebrate the 35th anniversary together,” she said. “It’s not about me. Friends of the Poor is all about what we do together, friends in ministry, and so we’re celebrating what Sister Adrian Barrett, our legend, started. We’re so grateful that we have the volunteers and the staff to be able to continue this wonderful ministry.”