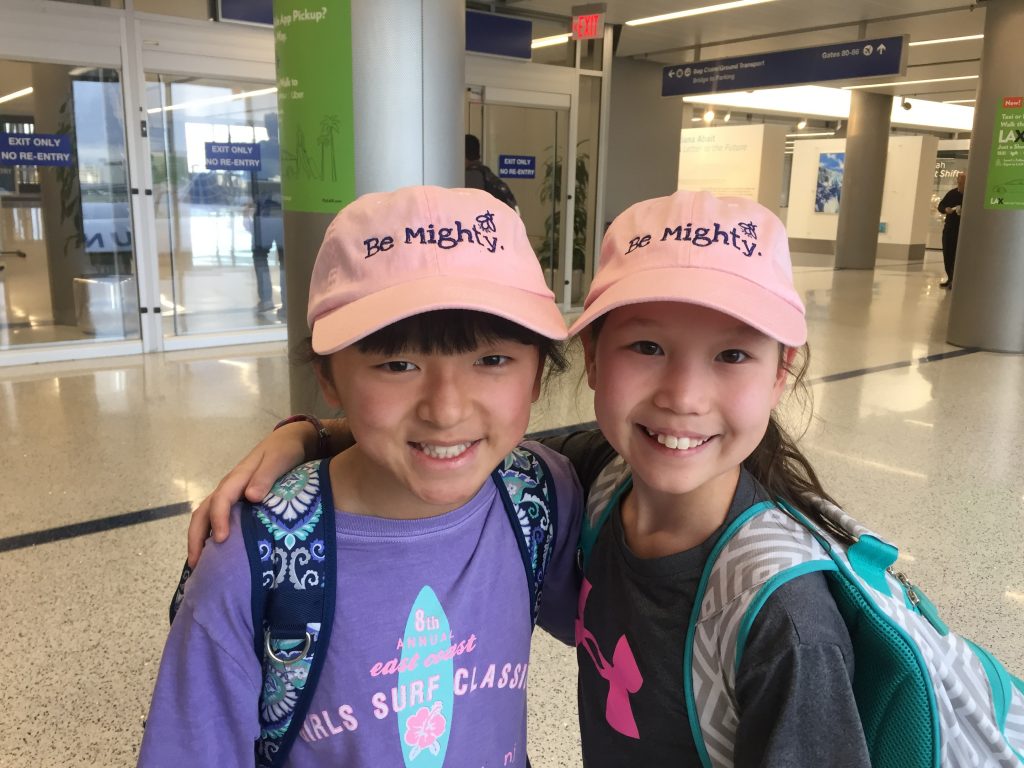 Though they may be little, they make a big impact.
Northeast Pennsylvania should prepare to be inspired by two former Scranton residents, sisters Veronica and Sara Hinesley, this weekend.
The former St. Clare/St. Paul School students, who now live in New Market, Maryland, will appear on NBC’s “Little Big Shots” this Sunday, April 19, at 7 p.m. The show, hosted by actress Melissa McCarthy, features remarkable young people from around the world.
The daughters of David and Cathryn Hinesley, Veronica and Sara, (who are both adopted — Veronica from Russia and Sara from China), have achieved some pretty cool honors over the last year.
Sara, who was born without hands, won a national cursive handwriting contest, and Veronica made Sara a prototype of an artificial hand for a science project. Now both 11, (though, Veronica is 35 days older) the sisters threw out the first pitch at a Baltimore Orioles game last June.
“I am so proud of them,” their mom said. “They are such a source of pride and joy and not just because they’re on a television program. They are just good, wonderful kids and it’s their goodness that makes me so proud.” 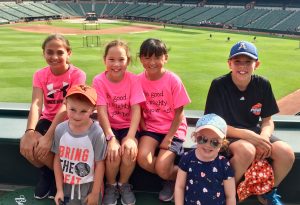 SUBMITTED PHOTO
Veronica and Sara Hinesley with their cousins from Scranton and Dunmore before the Baltimore Orioles game last June.

Together, the sisters started a website, fireflysisters.com, and an instagram account (@firefly_sisters) where they design and sell items like hats and backpacks. The Firefly Sisters motto is “Be good. Be mighty. And do your best.” They also donate all of their profits to St. Joseph’s Center in Scranton, which has been a part of the family’s life for decades, as Hinesley’s mother, the late Catherine Coleman, grew up in the city. The girls also have attended the St. Joseph’s Festival for years with their mom’s side of the family.
“Little Big Shots” reached out to the girls and invited them to appear on the show’s fourth season, their mom said. They traveled to California in January to film the show, making lifelong friends with the other kids from the program. Hinesley said the family has been watching the show each week since the season premiered. Especially in times like the world is experiencing now, hearing these young people’s inspiring and empowering stories is an hour of joy every week that they can depend on, she said.
“We need every bright spot we can get,” Hinesley added.

Check back for updates.