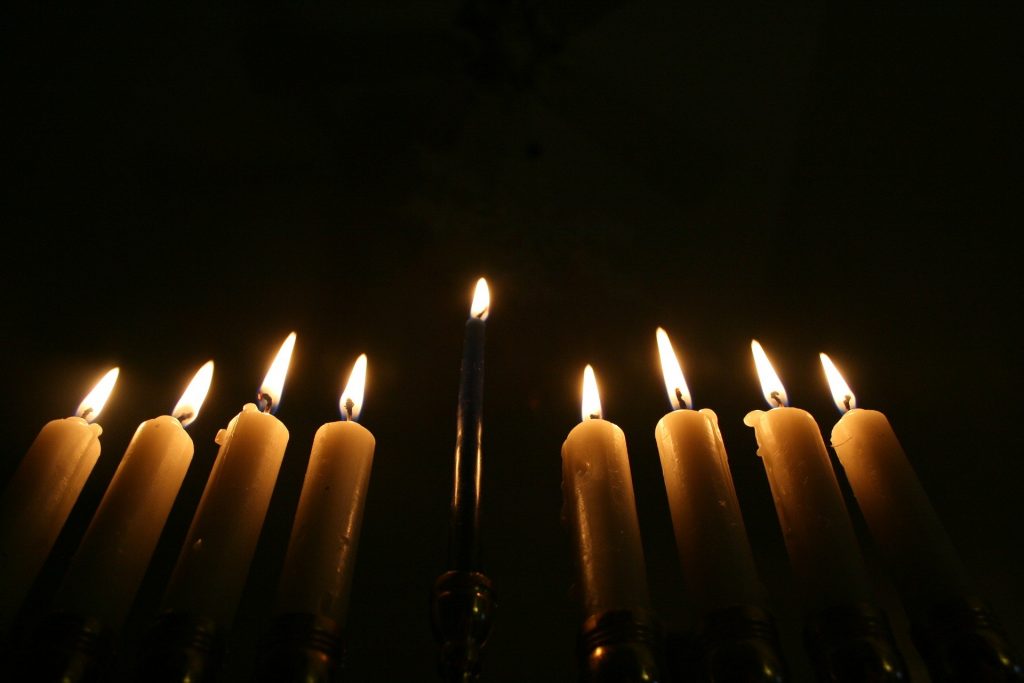 For your Hanukkah meal, celebrate the miracle of oil by deep-frying more than potatoes 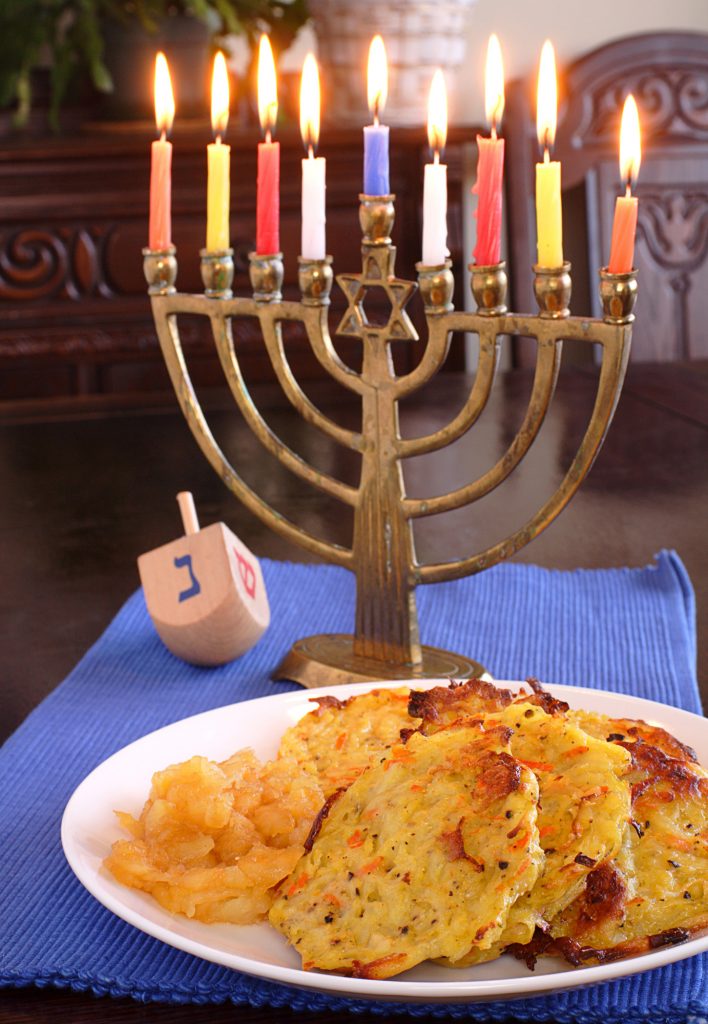 Jewish holiday meals are often oozing with symbolism, and Hanukkah is no exception.

The festival, which begins this year at sundown on Dec. 22, celebrates ancient Jews’ victory over an oppressor and commemorates a miracle in the aftermath of battle. In the desecrated Temple in Jerusalem, enough oil to light a candelabra for only one day astonishingly burned for eight.

On holiday tables worldwide, foods fried in oil represent the marvel that occurred that week more than 2,200 years ago.

“Many Jewish holidays have symbolic foods, which is part of what gives Jewish rites of passage a lot of sensory memory and pleasure about them,” said Alana Newhouse, editor of the 2019 “The 100 Most Jewish Foods.”

In America, perhaps the most visible of those symbolic deep-fried foods is the latke, a pancake of grated potatoes and onions, bound with egg and fried to a crisp like a hockey-puck-sized hash brown. Ashkenazi Jews from Central and Eastern Europe popularized the dish, now available on many American delis’ and diners’ year-round menus, served with sour cream and applesauce.

“It’s very hard to eat a latke and not think about grease,” said Newhouse.

But a potato isn’t the only ingredient worth frying. All manner of fritters, both sweet and savory, would be right at home at a Hanukkah dinner. Breaded proteins and deep-fried doughs also work. Sufganiyot, jelly doughnuts brought to Israel by Polish Jews, are a Hanukkah staple in that country and, increasingly, here.

“It was interesting to me to learn just how much Jews fry food, both for Hanukkah but also year-round,” said Leah Koenig, the author of several books on Jewish cooking, including the encyclopedic “The Jewish Cookbook,” which has a whole chapter on fritters and savory pastries eaten by Jews all over the globe. “There are a lot of things that are latke-adjacent.”

Iraqi Jews will eat savory handheld turnovers, called sambusak, on Hanukkah. Stuffed with a cheese filling, the easy-to-make pastries can be baked. But fried in oil, the dough becomes a chewy puff that merges with the melty filling. It’s a heavenly appetizer served hot.

Newhouse’s grandmother, who hailed from Macedonia, often made a leek-and-lamb patty, seasoned with cinnamon, allspice and cayenne pepper. Newhouse learned later that these keftes de prasa were a Hanukkah specialty because they, too, were fried.

“It comes out of the whole schmaltz universe of thinking,” Newhouse said.

California-raised, Israel-based cookbook author Adeena Sussman also uses oil as her guide for the holiday. In her book “Sababa: Fresh, Sunny Flavors From My Israeli Kitchen,” find recipes for her Hanukkah favorites, such as broccoli and cottage cheese pancakes, pistachio-lemon bars made with both olive and coconut oils, and Moroccan deep-fried flower-shaped pastries called shabakia.

She also suggests making a bread spread of garlic confit, which can be used in salad dressing or as a rub for a roast chicken. “The resulting garlic oil, fragrant yet mild, is a multiuse Hanukkah miracle of its own,” she said.

In Israel, jelly doughnuts are a “major craze,” said Sussman, “with bakeries attempting to outdo one another with outlandish flavors like dulce de leche and nutella-filled doughnuts, or assorted syrups injected into the doughnuts with plastic syringes.”

But while they’re iconic, they’re not to everyone’s liking. In “The 100 Most Jewish Foods,” subtitled “A Highly Debatable List” for good reason, famed Israeli-English chef Yotam Ottolenghi called the doughnut “a greasy, tacky, sugary oddball, injected with smooth, gummy red jam that hasn’t seen a single berry in its life: This could easily be shortlisted for the worst Jewish foods, quite possibly topping the list.”

For a twist on the jelly doughnut, skip the jelly, go smaller, and try bimuelos, doughnut-hole fritters that originated as a Hanukkah dessert among Sephardic Jews in pre-Inquisition Spain. Koenig has a recipe for them in another of her books from 2019 (she had a busy year), “Little Book of Jewish Sweets.” Typically topped with sugar or honey, Koenig dusts them with cardamom for a warming hint of spice — her own spin.

“I think people get really hung up on Hanukkah foods having to be a specific thing,” she said.

“But what binds everything together is the use of the oil. Use Hanukkah as a time to play and celebrate.”