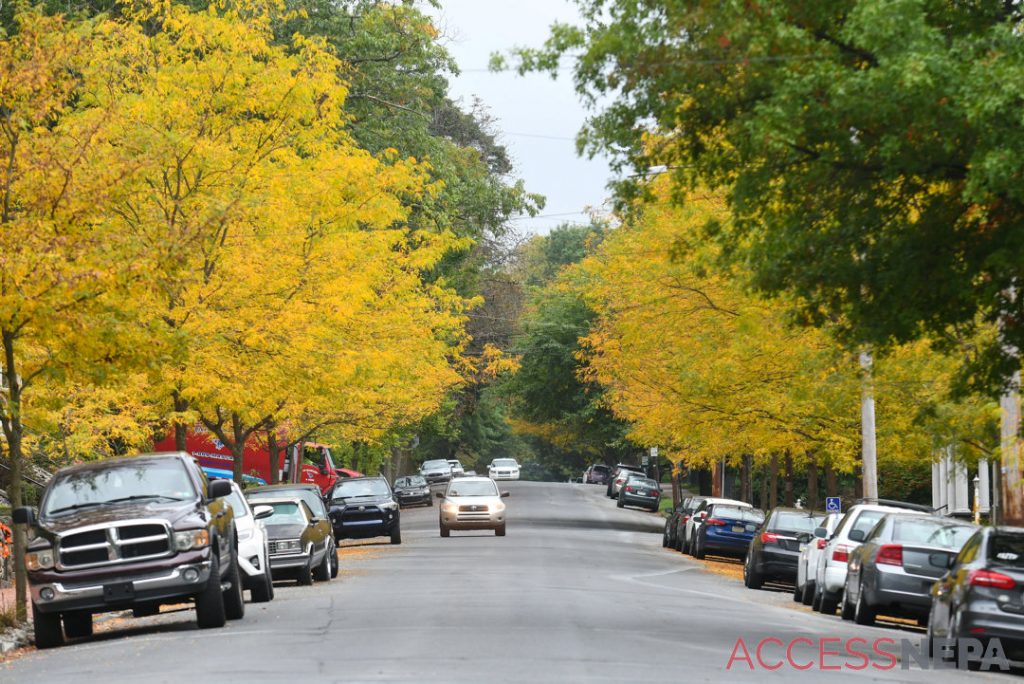 Trees across Schuylkill County have begun to shift into fall mode, changing the color of their leaves.

“It’s looking great,” he said Wednesday. “We can see the color already.”

McKinney believes that the fall foliage display should last for the next few weeks, although weather conditions will dictate what happens.

“It all depends on how October looks,” McKinney said. “It can be temperamental or relatively nice or mild. There are a lot of factors that come into play.”

“I was always told that the red maple from Pennsylvania, if you took it down in Florida, it would still turn because of the sunlight,” McKinney said.

The Pennsylvania Department of Conservation and Natural Resources website features a map where McKinney said people can look through photos of fall foliage at state forests. According to the site, Pennsylvania has “a longer and more varied fall foliage season than any other state.”

“A lot of people come here to see the foliage,” McKinney said. “Tourism is a big deal.”

In the next week, temperatures in Schuylkill County will be in the 60s for highs with mostly sunny skies, according to the National Weather Service.