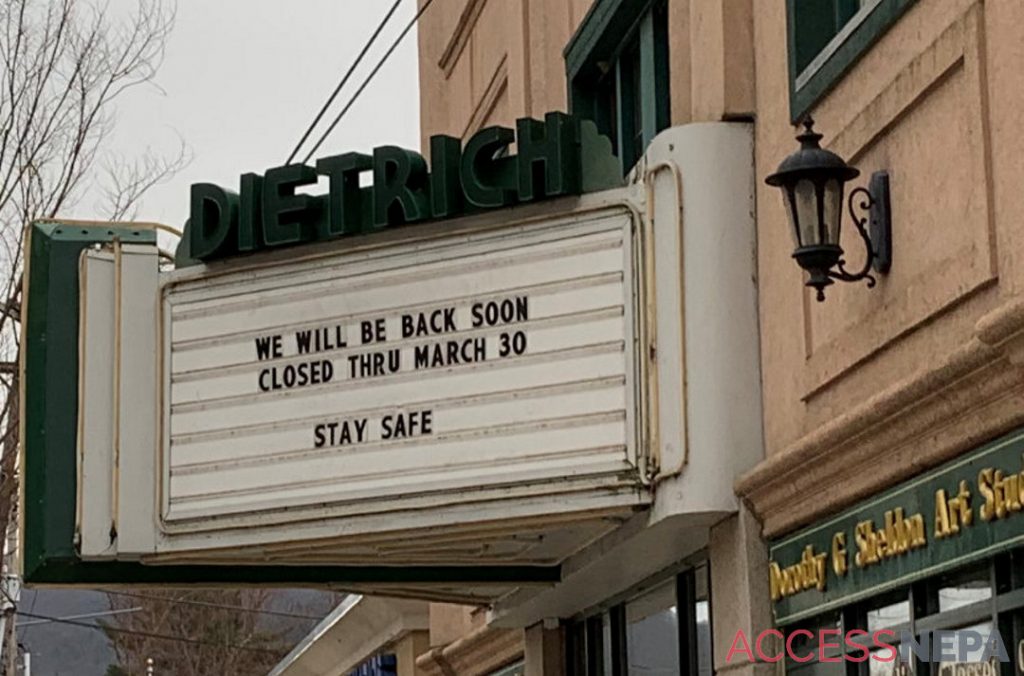 While the classics don’t disappoint, those at the Dietrich Theater appreciate being able to show new movies once again.

“We’ve been waiting for quite some time,” said Dietrich Theater Film Booker Ronnie Harvey. “The studios are showing they have an investment in theaters and they’re showing us that we are also important to the entire industry as a whole.”

Since the COVID-19 pandemic either pushed back release dates for new movies or halted ongoing productions entirely, theaters like the Dietrich have mainly been showing older movies like “Ferris Bueller’s Day Off” until new releases become available.

This could be a long-term situation for the entertainment industry where theaters go through periods with no new releases to show, Harvey noted. Right now, he’s just pleased to have new options on screen at the Dietrich for the first time since March.

Recently, “Unhinged,” “Bill & Ted Face the Music,” “The New Mutants,” and “Tenet” have lit up the theater’s screens. Check with the Dietrich for current movies and their showtimes.

As for upcoming releases, “The Broken Hearts Gallery” comes to theaters on Sept. 11, with “Greenland” following on Sept. 25, Harvey said.

Typically, the Dietrich offers a festival each season with a selection of foreign and independent films. While these festivals have been on hiatus with the pandemic, the theater found success offering Mini Fest in August.

Dietrich Theater Executive Director Erica Rogler shared that a second Mini Fest is coming Sept. 18-24 with another sampling of films that would have been shown in missed festivals.

“Some patrons came, saw all the films and asked when the next one would be,” she said of the first Mini Fest. “It’s great to see our movie-going patrons come back to the Dietrich.”

For Rogler, it’s been fun to see multiple generations come watch classics like “Breakfast at Tiffany’s.” Parents have been sharing old favorites with their children, for instance.

“Come to the movies. We’ll be ready with your popcorn,” she said.

While the theater has been slowly resuming its normal operations, Harvey reminded patrons that it isn’t business as usual. They still have a responsibility to wear a face mask while moving about the theater and keep their distance from people outside of their group.

With a limited capacity still in place, the theater encourages customers to purchase tickets in advance. For more information, call 570-836-1022, visit dietrichtheater.com or find the theater on Facebook.

“We hope the community is as excited as we are to come back to new entertainment,” Rogler said.