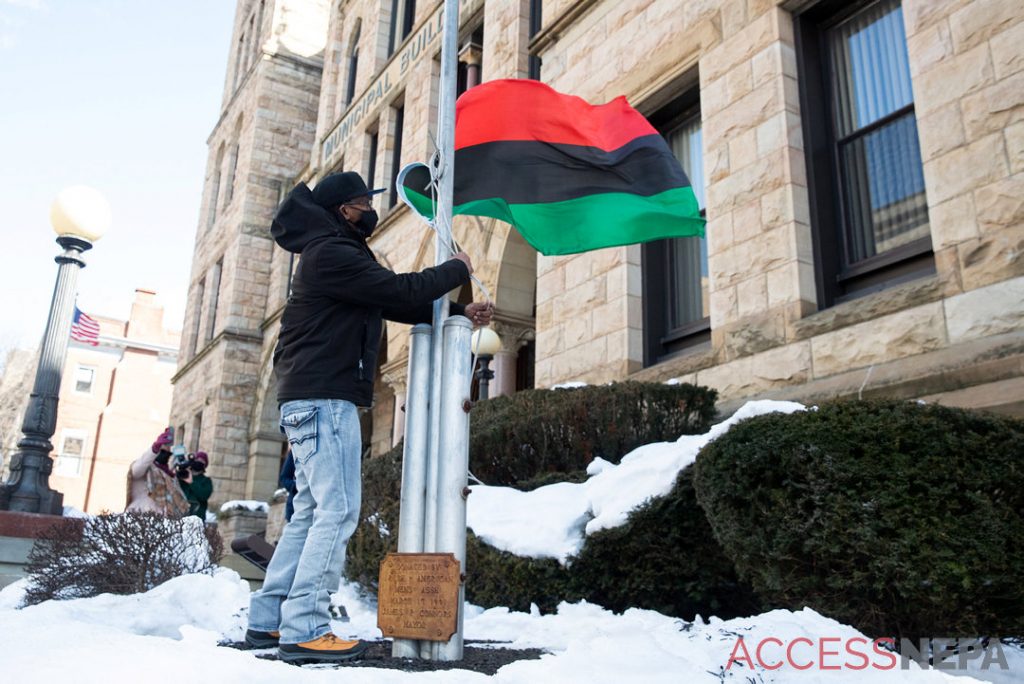 SCRANTON — A year ago when the Black Scranton Project raised the Pan-African flag for the first time at City Hall, Amber Viola watched on social media in disbelief.

Viola, who in May became the city’s human resources director, was one of the featured speakers Saturday for the second annual raising of the Pan-African flag in recognition of Black History Month.

“I remember last year watching this on Facebook Live and sitting at home and thinking, ‘Oh, my god, I can’t believe this is actually happening,’ ” Viola told a crowd of about 100 people gathered in front of City Hall. “I was honestly so taken aback and so surprised that this was happening and it made me feel so proud. The work that people were doing, and at that time it was people I didn’t know, and I was so proud. The people coming together, to have a little group of people here at the flag to celebrate Black History Month.”

“We are in a moment where we’re suffering through that crisis of the virus and the pandemic, the worst public health crisis in a century, and a jobs and economic crisis. And as bad as it’s been for Americans and Pennsylvanians overall, Black Americans and communities of color have suffered disproportionately,” Casey said.

The virus and injustice in housing, health care, education and wages tempers any celebration of Black History Month, Casey said. 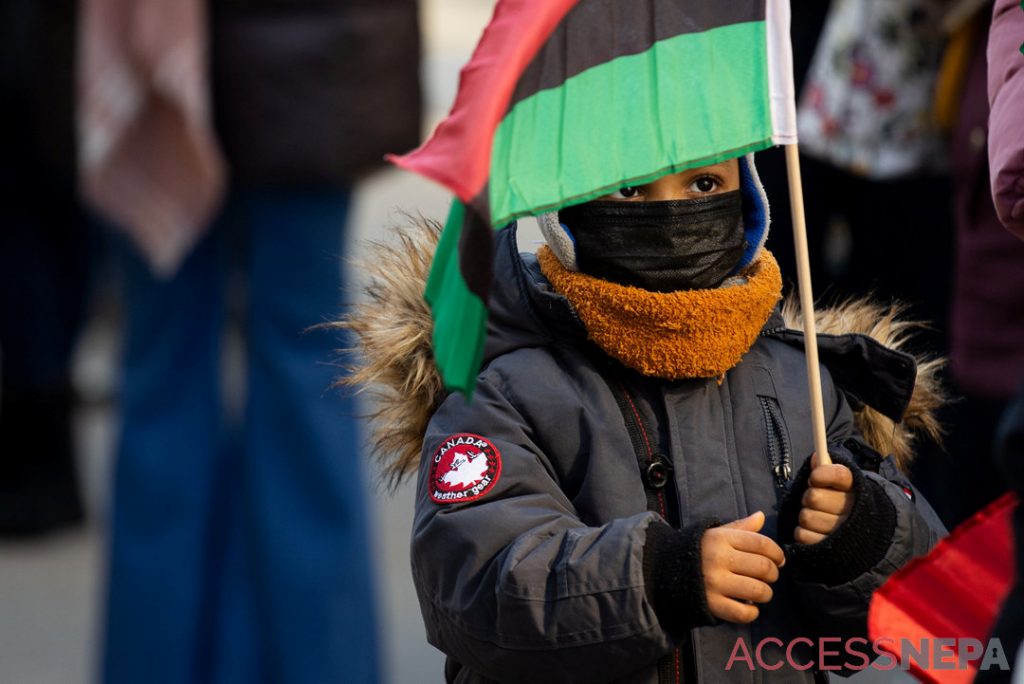 The past year also “ripped off the lid that we cannot ignore race” nationally or locally, Scranton Mayor Paige Gebhardt Cognetti said.

“The road is long. The process on some of this stuff that we need to do is not easy. It doesn’t happen overnight,” Cognetti continued. “We will do the hard work. We’ll do it together and we’ll bring everyone in Scranton along with us. It’s not an effort we should be scared of. It’s something we should embrace.”

The nonprofit Black Scranton Project is dedicated to archiving and celebrating the African American history of Scranton.

“There’s so much history here in the city of Scranton and I am just so dedicated to sharing it with you all,” Johns told the crowd. “There was a time when people were fleeing (slavery) and coming here to find their safety, and it’s not something that we know about all the time.”