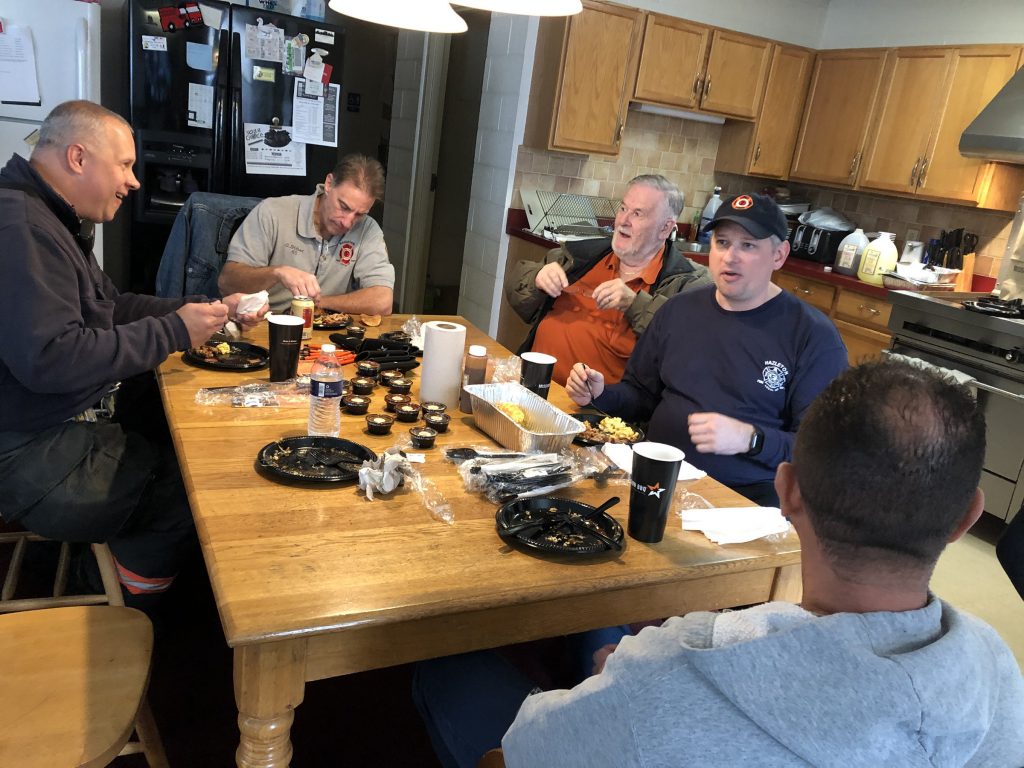 Hazleton firefighters were treated to a free lunch through Mission BBQ’s community outreach on Thursday.

But, they won’t be the only ones to benefit from the company as a fundraiser for a Hazleton-based nonprofit is in the works.

Mission BBQ, which is planning a location at 271 Mundy St., Wilkes-Barre, will host a fundraiser at the new restaurant to benefit Foundation 58 on Wednesday, Dec. 4.

Though the new location will officially open to the public on Dec. 9, guests who RSVP can get a sneak peek by attending the fundraiser, said Keith Mhley of Foundation 58.

All sales that day between 6 and 9 p.m. will be given to the foundation during the company’s Firefighters and First Responders Friends and Family Night.

To RSVP, send an email to mission18702@mission-bbq.com.

Mission BBQ also will donate $1 to Foundation 58 for every Hometown Heroes firefighter and police cup it sells, Mhley said.

The foundation provides support services to first responders in the United States and educates them about health risks caused by duty-related exposure. It also provides equipment and programs to prevent risks and assists first responders facing health crises because of exposure.

The hot meal came hours after they battled a house fire in sub-freezing temperatures around 1 a.m.

Mission BBQ does similar luncheon community outreach projects throughout the year to benefit the military and first responders, Mhley said.