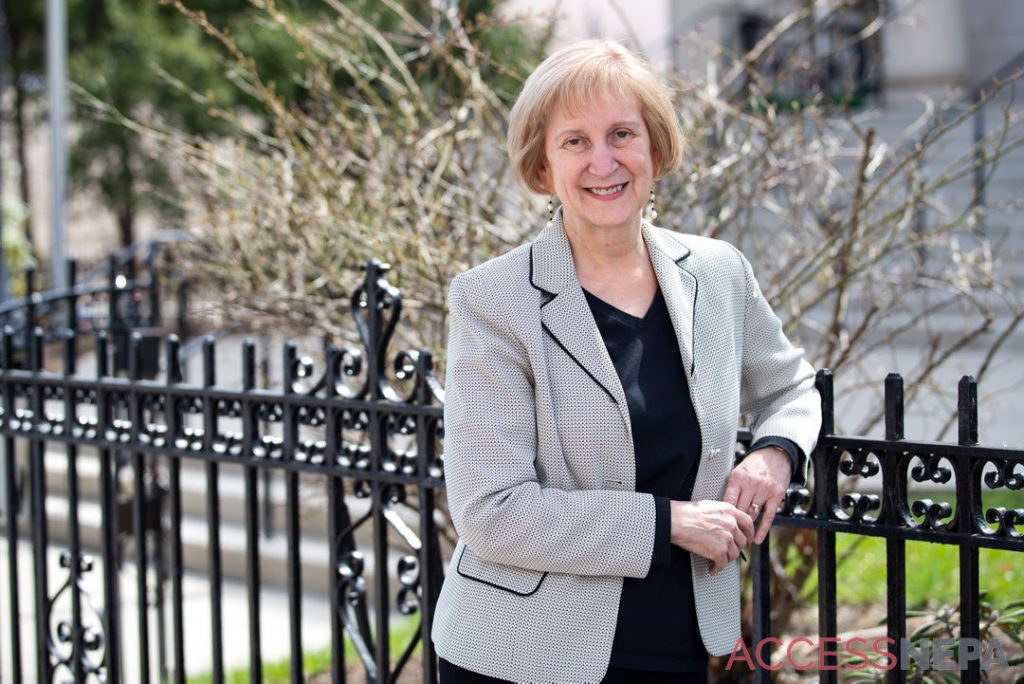 Doing work in a meaningful way is most important for Mary Garm.

A librarian for more than 40 years, Garm is the administrator for the Lackawanna County Library System, overseeing the budget, policies and programming for the seven major libraries in the system.

Garm started her journey toward this position by earning a bachelor’s degree in modern languages from Millersville University in 1975 and then a master’s degree in library and information science from Drexel University five years later. From there, she moved to Elmira, New York, to work as the head of technical services at Elmira College until 1982.

Moving back to Pennsylvania a year later, Garm took a job as director of Susquehanna County Historical Society and Free Library Association. She served in that role for seven years before becoming district library consultant for the Scranton Public Library in 1990 and took over her current job in 2003.

Garm believes libraries play an important role in every community because of their open accessibility and the way staff are trained to help people understand information.

“Certainly one of the things we see today is the need to understand how to interpret the information that’s hitting you, whether it’s on the news or from your friends or whatever,” she said. “I think libraries have a great role to play in that.”

In addition to serving as an adjunct professor at Northampton Community College since 2009, teaching an online library management course, Garm has also served on many professional councils over the years. As chairwoman of the Governor’s Advisory Council on Library Development, she worked under Gov. Ed Rendell, Gov. Tom Corbett and Gov. Tom Wolf, helping advise the Pennsylvania Department of Education on policies and issues concerning state libraries.

In 2009, as president of the Pennsylvania Library Association, she founded the Academy for Leadership Studies program, which helps librarians across the state develop leadership skills for use in their personal and professional lives.

“I would say what I’ve tried to do is support our libraries, both financially and programmatically, to help them do the best they can to meet the needs of the people in their communities,” Garm said.

She has continued to provide this support throughout the COVID-19 pandemic. Garm believes the past year has shown how valuable libraries are in the community.

“Libraries have shown just how adaptable they are to the needs of the people who use them,” she said. “We have really pivoted in a lot of ways and kind of turned our services inside out so that we can reach out to people and get them the materials and services they need.”

According to Garm, Lackawanna County libraries have taken many steps to continue to provide services for their communities, including online tutoring sessions and virtual story times for children. They also began offering curbside services, so people who don’t feel comfortable going into the library can reserve materials online and have them brought out to their cars. The next project they’re working on is home delivery, which will let people have books delivered right to their residences and then return the materials to a library dropbox.

Another big effort the library system has invested in is taking advantage of technology. Garm said it has expanded its digital materials — such as ebooks, downloadable audiobooks and even movie streaming services — by nearly 50% in just the last year. In addition, the system also is in the process of releasing a mobile app in which people will be able to reserve books and sign up for library events.

“Libraries are always adaptable,” Garm said. “We had a strong base in technology from the beginning because we do keep up with the times in that regard, so we were able to rapidly adapt our services to meet the needs people had during the pandemic. I think we’re going to see a lot of that continuing in the coming years.”

Her favorite part of her job is seeing how libraries can help each person in a different way, from children just learning to read to adults who need help putting a resume together.

“I really enjoy knowing that the work we do is meaningful in so many ways to individuals,” Garm said. “I love that we have the ability to do that.”

One of the biggest lessons she’s learned during her career is staying true to herself and working in a way that brings personal meaning to her life.

“Not everyone can do things the same way, and I think you really need to be yourself and be true to your own ideals so you’re comfortable with the decisions you make and so that you do it in a way that is meaningful to you and also that makes you feel like you can sleep well at night,” she said.

In her personal life, Garm wants to keep pursuing activities that bring her joy, such as reading; traveling with her husband of nearly 40 years, Fred; and spending time with her grandchildren, Ethan, Charlotte and Theo.

And at work, she hopes to keep making an impact on the community while also continuing to learn new things herself.

“I am always actively learning,” Garm said. “One of the great things about being a librarian is that you barely do the same things two days in a row, so we’re constantly learning and constantly adapting, and that is something I enjoy and something I really love.”