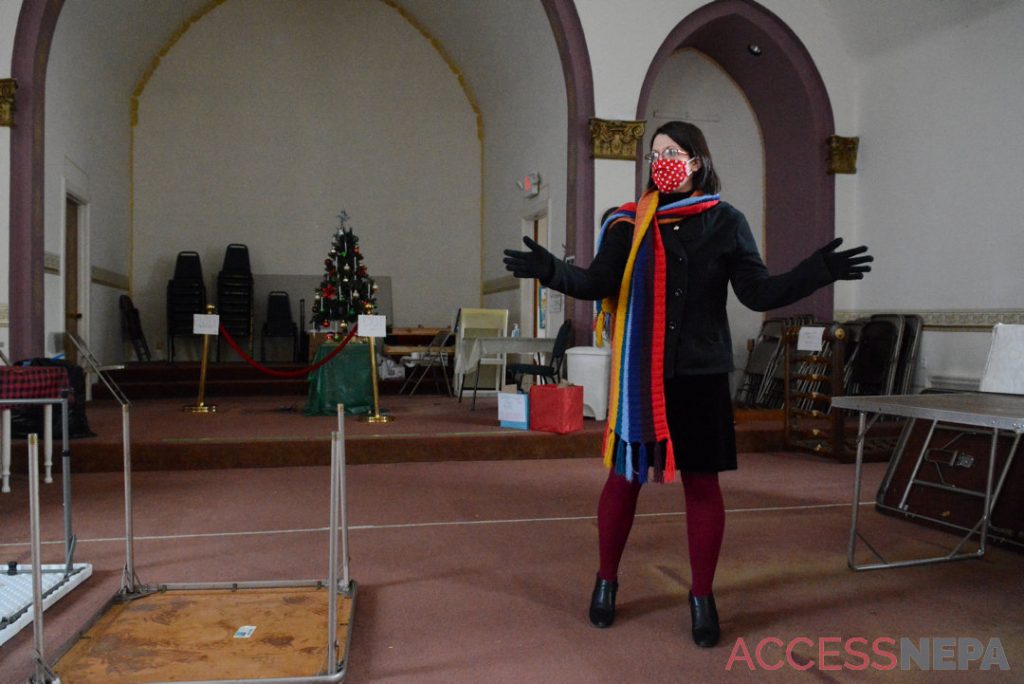 SAINT CLAIR — The Actors Guild of Schuylkill County’s theater renovation has been on hold due to the COVID-19 pandemic.

“We bought the building in January of 2020 and then the whole world shut down in March,” Secretary Jessica Miller said.

Miller said they were able to take down some nonstructural walls but have not been able to do any further renovations due to pandemic restrictions.

The main changes to be made are converting the altar space into a stage, turning the choir loft into a tech booth and making the building more accessible and up to code. The building also has a kitchen and a large room downstairs, which Miller said will stay mostly the same aside from some cosmetic updates.

“We’d love to be able to rent it out to people and to have classes and workshops as well,” Miller said. “It would also be nice to have two workable rehearsal spaces.”

The guild is continuing to raise money, which Miller said has also been challenging during the pandemic. On Saturday, members are having a curbside soup and bread sale starting at 10 a.m.

“We had one a couple months ago that worked out really well for us,” Miller said. “To be as safe as possible, people pull up, we take your order, we go in and grab your food for you and we bring it right out.”

Miller said they do not have a set cost for the project, but they hope to be able to collect around $50,000 through fundraising and donations.

“We are thinking of possibly doing a virtual show,” Miller said. “Once the weather gets a little bit warmer, it’ll probably be easier for us to do more fundraisers safely. We’ll be able to be outside and distant.”

Miller said the guild’s performance of “Peter and the Starcatcher” in September, which they performed outside and used clear masks, was successful and something they hope to do again when the weather is warmer.

“We want to be able to perform again and make money that way, because that’s what we do best,” Miller said.