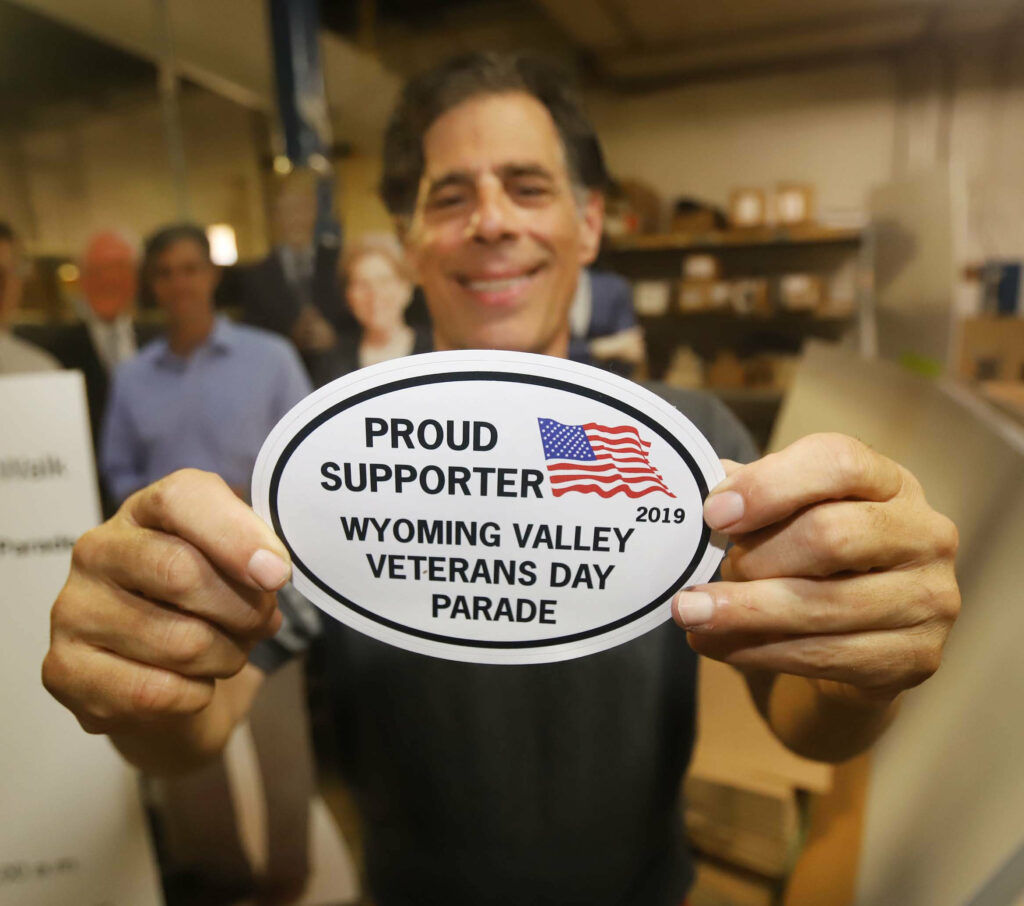 The owner of a popular Wilkes-Barre printing company is vowing to single-handedly raise the funds needed to put on the Wyoming Valley Veterans Day Parade in the years to come.

Taren, the owner of Wet Paint Printing and Design on Horton Street in Wilkes-Barre, has launched a GoFundMe account to raise donations for the parade and has been soliciting people he knows in the area.

“I don’t mind asking for money, especially if it’s for a good cause. I’m not going to stop soliciting and I told everyone I’m coming back next year,” Taren said.

Traditionally, the parade committee relies on bigger companies, veterans groups, and local unions to fund the event. But committee member George Brown recently invited Taren to a meeting, where he made the pitch to be the chief fundraiser and also resurrect the 5K race that used to support the parade.

The parade committee was quick to accept his offer.

They believe the GoFundMe fundraiser could be a way for the average person to donate in small amounts, perhaps in memory of a loved one who served in the military.

“I wanted to provide a campaign where $5 and $10 was good enough, so people without a lot of money could contribute,” Taren said.

Donations can be made at http://www.gofundme.com/we-are-raising-funds-for-the-vetrans-day-parade.

Taren noted his father Larry, 91, was in the Navy, his brother Paul served in the Army and his son, Alec, 25, is now in the Air Force in Okinawa, Japan.

He also is seeking to raise money through the 5K race he is organizing. The 5K race previously was held the morning of the parade. Due to difficulty in organizing the event, the race hasn’t been held for several years.

This year’s 5K will be held a week before the parade, starting at 10 a.m. Nov. 3 from Miner Park in Wilkes-Barre. Details about the race can be found at http://www.wvvdp5k.com.

“This way we are highlighting the parade a week before,” Taren said.

“He’s a member of the community who wants to give back. We are pretty excited,” Allen said. “Fundraising is our biggest concern. He proposed the GoFundMe for people who wanted to donate, but not in large amounts. We’re hoping it’s going to be really big.”