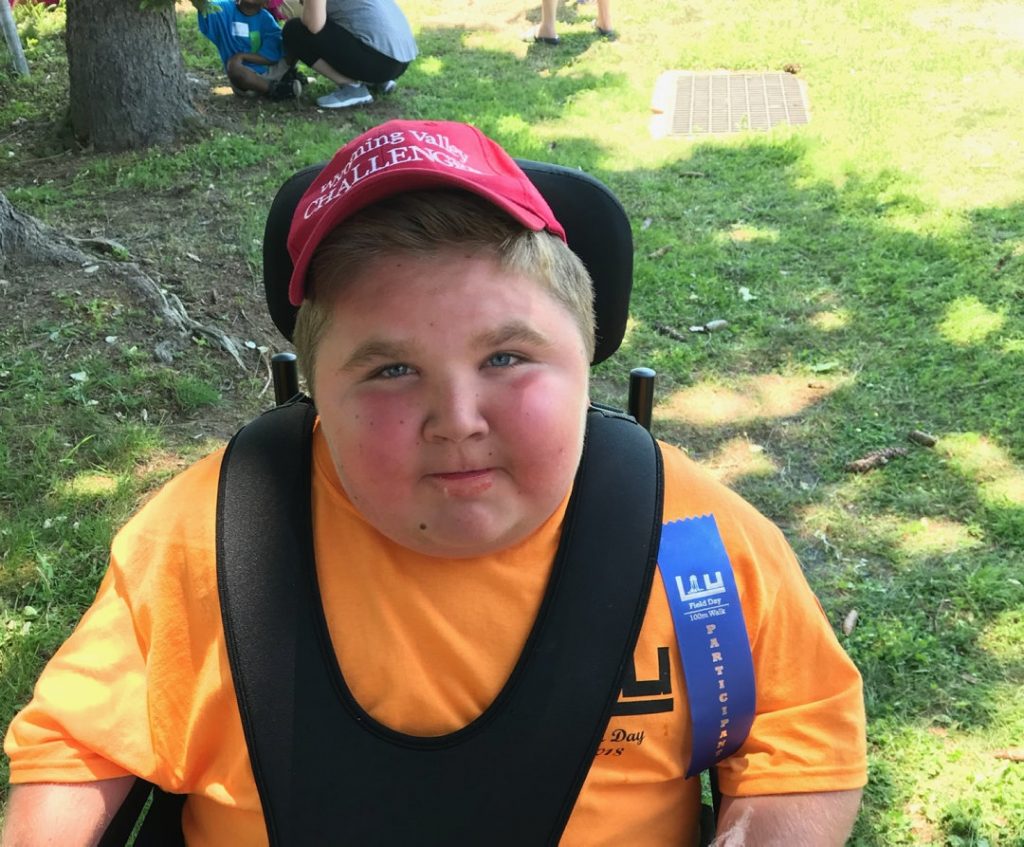 Who: A teacher who taught two brothers who lost their lives to Duchenne muscular dystrophy looks to raise money for their family.

Kim Rugletic was special-needs teacher to Aidan and Christopher Wardell in Pittston Area School District. The sons of Carina and Bobby, the boys also had a sister, Aliyah. A ninth-grader, Aidan was a diehard Seattle Seahawks fan who loved playing video games and building with Legos.

Aidan and Christopher’s condition resulted from a rare genetic mutation that mostly affects males and keeps bodies from making a protein that muscles need to work properly. Without this protein, dystrophin, muscle cells weaken over time, causing patients to have trouble walking and breathing. Eventually, muscles that help people breathe and keep hearts beating stop working. This irreversible condition has no cure.

Christopher, who died in June 2018, and Aidan were extremely close and had similar traits — both happy boys whose condition “never hindered them from living an engaged and joyous life,” Rugletic said. She described their mother as a dedicated, loving advocate for the boys and noted that their father and sister “also did everything to protect and make them happy.” Their grandparents, Eugene Sr. and Karen Fortini, “also helped and loved their grandchildren unconditionally,” Rugletic said.

Days before Aidan’s death on Dec. 12, his mother saw him smiling and heard him laughing in his sleep. When he awoke, Rugletic said, he told his mother that he had dreamt about his brother, with whom he was having fun in heaven.

In Aidan’s obituary, the family noted that “every once in a while, someone is born and is meant to spend only a short time here. In such cases, the life lived — however brief — is lived so well that it has a tremendous impact on everyone.”

Why: Their deaths have left the family numb, Rugletic said, and compounding their grief was the loss of Carina’s father just 10 days after her second son. The family has taken solace, however, in knowing “that he was reunited with both his grandsons at God’s heavenly gates,” Rugletic said. Still, the family needs help.

“Carina had been caregiver her entire life to her boys, and the emptiness is devastating to her,” Rugletic said. “She was not able to work, and finances have been extremely difficult to say the least.”

How: People can mail donations to Carina Fortini at 7 Howley Circle, Pittston, PA 18640.

In her own words: “No matter the treatments and/or countless surgeries, therapies and doctor’s appointments, their smiles never left their faces. The love and empathy they felt for others shows the kind of mom Carina was, and what she instilled in her children. Every person they met fell in love with them. I know that I will never forget all that they taught me.” — Kim Rugletic, teacher