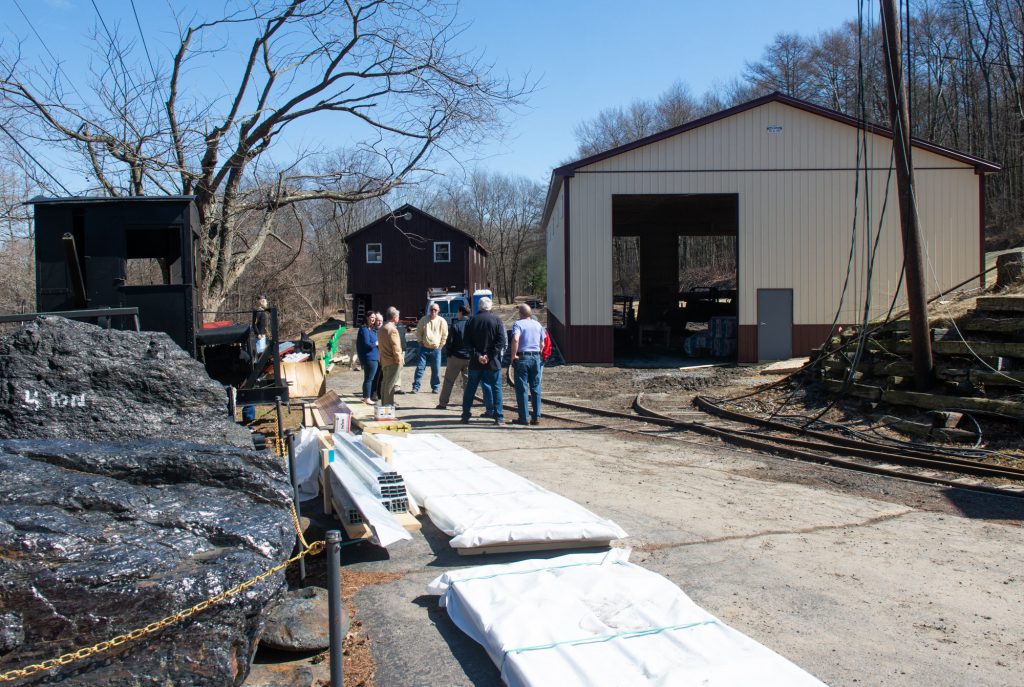 ASHLAND — A mild winter with little snow was a great help for the outside construction of the new lokie barn at the Pioneer Tunnel Coal Mine & Steam Train attraction.

Pioneer Tunnel Business Manager Chastity Moran spoke on Monday afternoon about the construction of the building that will eventually house the Henry Clay 1 and Henry Clay 2 steam lokies that are a prime attraction to the tourist site, along with the underground mine tour that draws from 25,000 to 35,000 visitors a year, making the complex a top 10 tourism site in Pennsylvania.

“We’re almost done. We (Pioneer Tunnel) open our doors April 1, and the building itself will be complete,” Moran said. “The next step will be completing the electrical aspect of the building. We have to do track throughout the building and a concrete floor. We should be on schedule to do the train rides, which is the second or third week of April. …We’re moving right along.”

Moran added, “We’re just excited that we will be ready for the season. All of our contractors worked really well working in conjunction with one another.”

Moran said the work began in November when the old barn was demolished and trees and soil were removed to accommodate the much larger building.

The new barn and rail connections and other additions is funding through a $400,000 state Department of Community and Economic Development grant announced last November. The former barn, which was constructed about the time the Pioneer Tunnel began operations in 1963, could only hold the Henry Clay 1. The Henry Clay 2 is currently housed in a nearby maintenance and storage barn. The new barn measures 40 by 70 feet, more than large enough for the two engines.

State Sen. David G. Argall, R-29, Rush Township, asked about having visitors get a look inside the new building.

“If I remember the model, the people will be able to watch what’s going on inside, correct?” Argall asked Moran.

“The building that we had previously was not a safe environment to bring tourists through,” Moran said. “We wanted to add a safer building so people in theory could walk through. Now people will be able to see both engines beside one another.”

Once the lokie barn is completed, the next project may involve the HC 2.

“One of the long-term goals is to get both of them up and running and have two working engines,” she said. 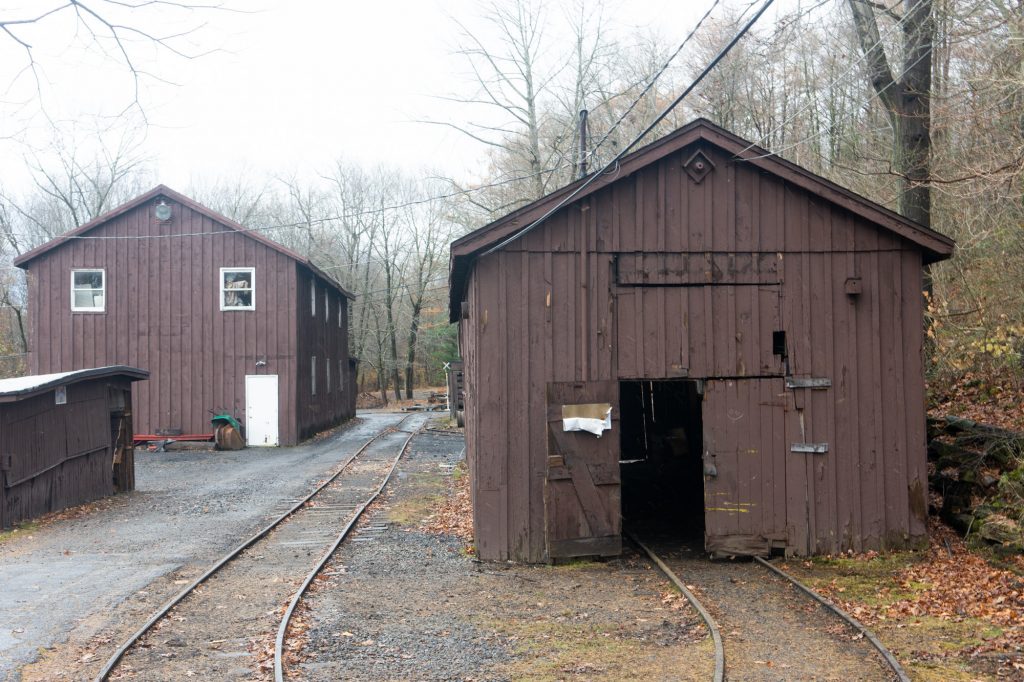 DAVID MCKEOWN / STAFF PHOTOGRAPHER
Pioneer Tunnel and Coal Mine, Ashland, will be razing its old lokie barn to make way for a new barn.

Though not originally in the plans, there will be another structure built at the waiting area for people who will take the train ride.

Moran hopes that masonry students from Schuylkill Technology Center will be able to visit when the concrete floor is installed. STC Cooperative Education Coordinator Timothy McGinley agreed with the idea so students can learn firsthand and possibly become involved in job shadowing and/or a school-to-work program for internship.

“We really want to bring more hands-on lessons here,” Moran said. “It would really be a unique way to get the vo-tech and some of these trade schools involved to show how a locomotive works.”

The last time HC 2 ran was in 2000. HC 1 was made in 1927, and HC 2 was made in 1926, both manufactured at the Vulcan Iron Works in Wilkes-Barre. Both engines were saved from a junkyard in Hazleton shortly before they were scheduled to be cut into scrap.

When they arrived in Ashland, work began to make them operational. HC 1 has been the main engine that takes visitors for an outdoor tour around the Mahanoy Mountain at the top of Ashland. The engine was removed from the site at the end of the 2017 tourist season for a major refurbishment at Oaks Welding and Line Boring LLC, located near Lavelle. The engine was stripped down to its frame for an inspection of all parts to see what could be repaired or replaced. It was returned to its job in July 2018.

Michael Bodnar of Mike Bodnar Environmental Design, which put the engineering design together and did the final design, spoke about the work. The company has been involved in the planning and seeking funds for two years.

“When we went into this project in the fall, we thought that if we got two to three feet of snow, everything would come to a halt, especially with the grading,” Bodnar said. “The bank came out to where these timbers are. They took a significant amount of hillside out and were able to get it out in a week or so only because the weather worked for us. That was one of the big things that helped the project. It’s been going very well.”

“The cool thing is that with this enhanced building, if we need to do repairs on the cars, we’ll have the room because it gives us a lot of space,” Moran said.

The mine tunnel tours will begin on April 1 with start times at 11 a.m. and 12:30 and 2 p.m. Train tours will begin in May. For schedules and other information about the tourism site, go to www.pioneertunnel.com or to the Facebook page.