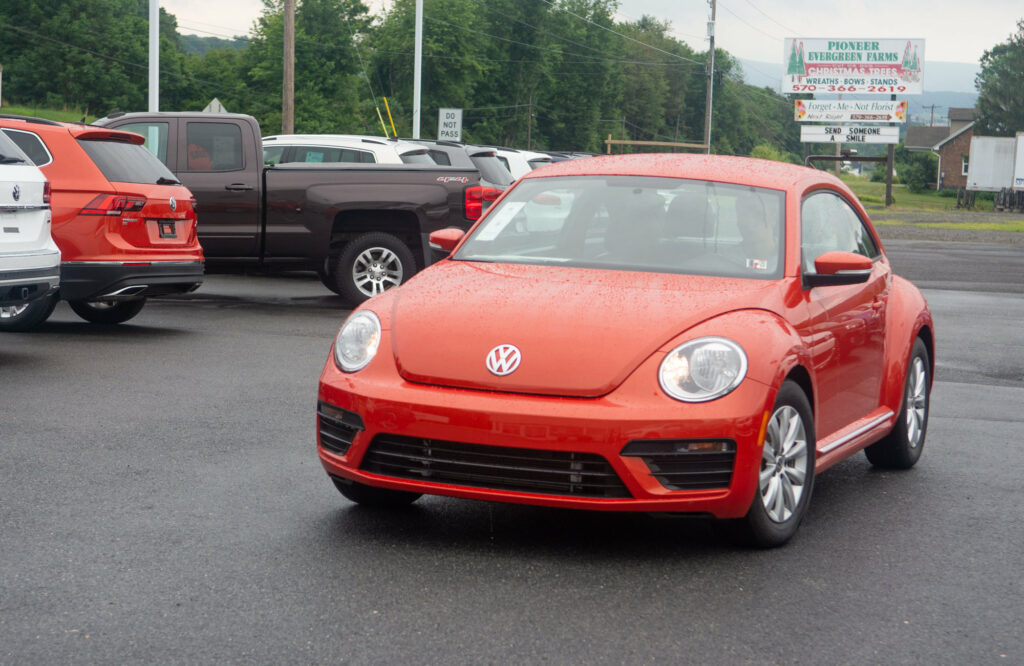 Looking back at the Beetle as VW says goodbye

When Volkswagen announced that it was discontinuing production of its iconic Beetle model automobile, John R. “Jack” Bertolet Jr. did not rejoice, even though he makes his living selling the company’s vehicles.

“It was surprising,” he said Thursday at his dealership along Route 61. “The Beetle has been the face of our company for 55 years.”

“It’s kind of a family heirloom for a lot of people,” Bertolet said.

This week’s announcement made Bertolet think of September 1998, when his dealership became the first in the United States to have the revived Beetle, most recently made in Mexico, available to sell to the public, although he had only two in stock.

“Volkswagen … introduced it in Disneyland. We were all invited with our spouses and families,” he said. “It was absolutely magical.”

Bertolet said he obtained the first Beetles to be sold because of a plan that would have been ruined.

Bertolet said he talked with Clive Warrilow, then president of Volkswagen of America, who arranged for two Beetles — one light blue, the other yellow — to be shipped to Orwigsburg. It turned out to be a crazy day, with the business staying open two extra hours, he said.

“We were overwhelmed with customers that day. We arrived an hour early,” Bertolet said. “(There were) row after row of customers.”

He said he bought gerbera daisies to put in the vases that were a part of both the old and new Beetles.

The dealership still is decorated with posters of some of the ads for the Beetle designed by the firm Doyle Dane Bernbach, New York. Those ads include one showing the car with the phrase “Think Small,” a campaign that won praise from many in the advertising business. 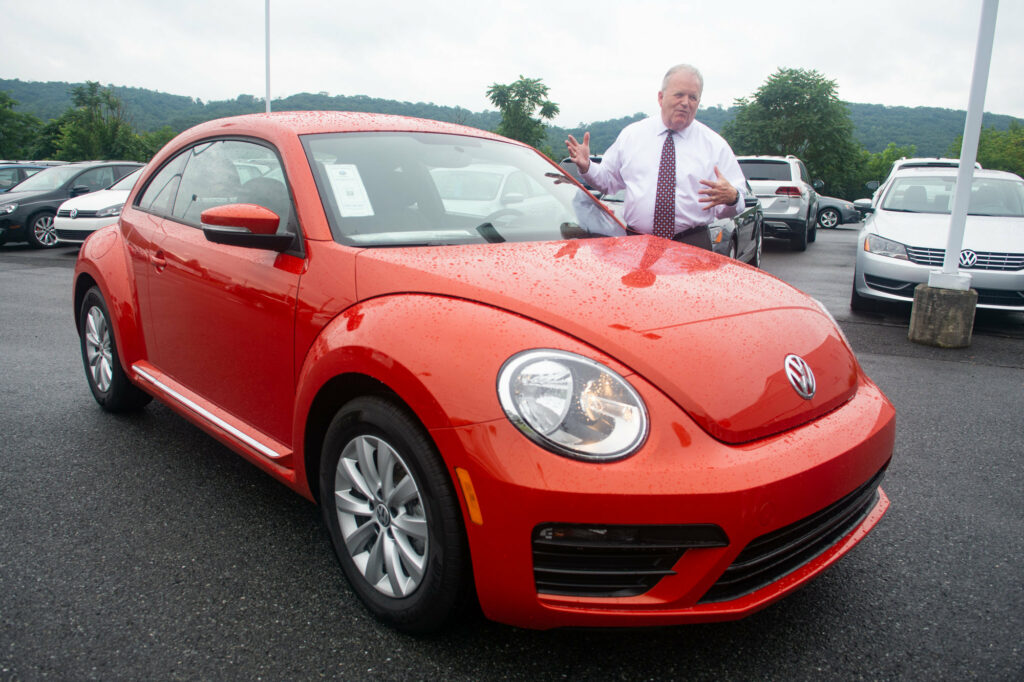 “They were some of the most iconic ads,” Bertolet said.

For Bertolet, the Beetle also holds personal as well as business memories.

“We used to wrap a rope around the bumper and tow each other on skis,” he said.

The car itself was distinctive and special, according to Bertolet.

“We felt it was the perfect second car,” he said. “It was awesome in the snow. You had a lot of ground clearance. It got great gas mileage.”

Bertolet also said the snow theme reminded him of another ad, which boosted the Beetle as the car that snowplow drivers used to get to their snowplows. However, the Beetle became the victim of the increased emphasis on electric cars throughout the industry, Bertolet said.

“Because they have no engines, they’ll take on different shapes,” Bertolet said of electric cars. “The Beetle didn’t fit.”

He also said he does not think there will be another comeback for the Beetle, although he emphasizes that the company does not have to have it in order to succeed.

“I think Volkswagen is going to survive in a big way by making the commitment to electric vehicles,” Bertolet said. He estimates that 45 percent of his dealership’s sales will be electric vehicles by 2025.

“It’s a matter of getting them out on the market,” he said. “The battery technology is making some quantum leaps.”

Regardless of whether Beetles ever are manufactured again, Bertolet always will remember them fondly.