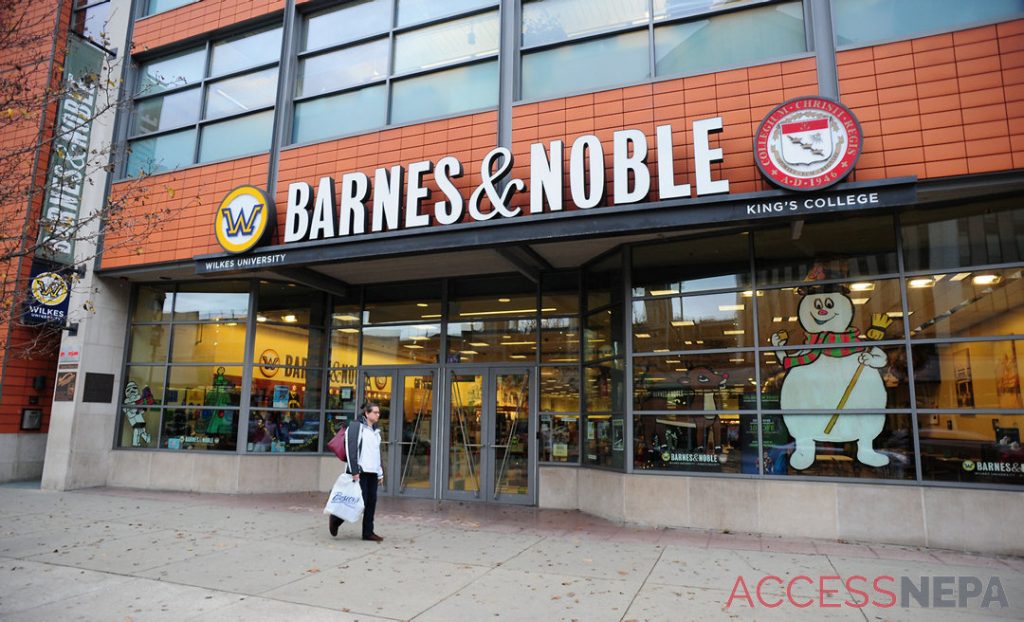 After 15 years in downtown Wilkes-Barre, King’s College and Wilkes University will no longer have a joint college bookstore on South Main Street as of August.

King’s and Wilkes plan to return their college bookstores to their campuses for the start of the fall semester, a move that will end their joint operation at the Barnes & Noble college bookstore in downtown.

King’s announced in a news release Wednesday that it intends to establish a new bookstore and campus spirit store at the location formerly occupied by S&W Restaurant at 149 N. Main St. The S&W Restaurant, a fixture on North Main Street near King’s College for 68 years, closed last year amid the COVID-19 pandemic.

The college has selected online retailer eCampus to be its new provider for textbooks and materials as well as management of the new campus store.

Wilkes plans to open its store on the first floor of the Henry Student Center on West South Street in August and will continue its relationship with Barnes & Noble on the project, Wilkes spokeswoman Gabrielle D’Amico said.

University President Dr. Greg Cant announced plans for the bookstore’s future in a letter to members of the campus community. He said it will be located in the current student lounge area which formerly was the bookstore’s home.

“A revamped and expanded space in the hub of student activity will make it a convenient and memorable location to serve our students,” Cant wrote in the letter.

Initial designs are being finalized and work on the new bookstore will begin later this spring, and it will be operational before the fall semester, Cant said.

The venture between King’s, Wilkes and other partners to locate the joint bookstore on Public Square began in 2006.

George Albert, who purchased the Innovation Center in 2016, said Barnes & Noble has not reached out to him to extend the lease on the South Main Street property that expires in August.

As a result, he said he has been aggressively marketing the property through his real estate representative to fill the space with a new tenant.

“With technology and digital books, there’s just been a progression from paperback books,” Albert said.

King’s announced in its news release that its decision was influenced by the changing models of collegiate bookstores and the increasingly online-focused method of delivery for educational materials that students prefer along with having an easily-accessible retail space on campus to purchase spirit store apparel and merchandise.

King’s formed a bookstore selection committee to aid in the process of returning the bookstore to its campus and the committee unanimously endorsed eCampus as the college’s next partner.

King’s College student Grace Joy Dacey, a pre-physician student who serves on the student government executive board, was a member of the committee and represented students’ interests in selecting the new vendor. She said the bookstore will be “fully oriented to King’s students and their needs.”

“As a student at King’s College, I felt a disconnect to our campus book and spirit store,” Dacey said. “With our new plans for the bookstore, students will receive the benefits of high-quality made spirit wear, cheaper textbooks and an on-campus experience.”