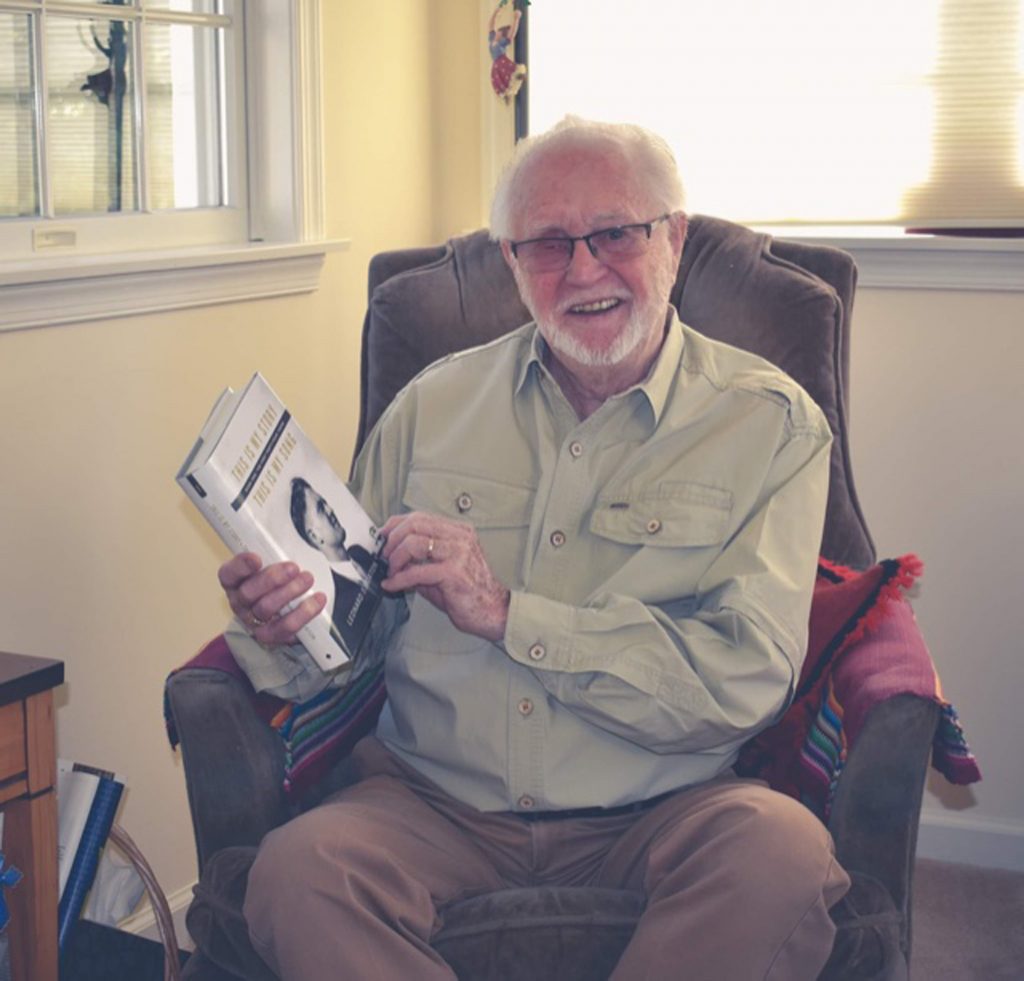 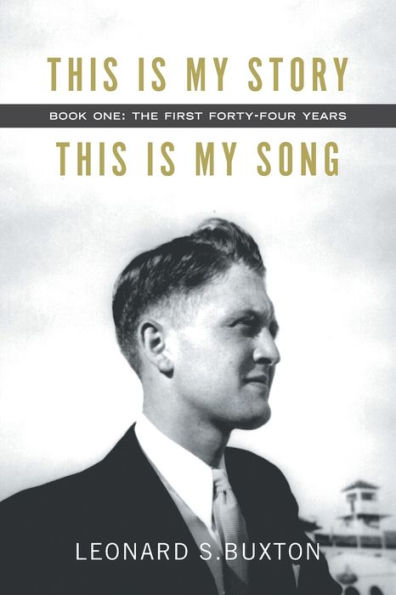 In the “never too old to” department, Wesley Village resident the Rev. Leonard Buxton just published his first book — the first in a three-part series — at 89.

The memoir, “This Is My Story, This Is My Song: Book One: The First Forty-Four Years,” was inspired by a camping trip he took with his young grandchildren 12 years ago in a New Hampshire state forest.

“I was telling stories, and my grandchildren said, ‘You’ve got to write these stories down,’” recalled Buxton, who signed copies of his book in Scranton during October’s First Friday Art Walk. “I realized I should do that.”

Born in Ephrata, Buxton lived in Allentown, Harrisburg and in a log house at Lake Wallenpaupack. He graduated from Albright College in Reading and went to Boston University for theology, where he met his wife, Loretta, the daughter of the president of Dakota Wesleyan University. The couple, who married in 1957 and live together at Wesley Village in Jenkins Twp., have three sons and four grandchildren.

Friends also had ribbed Buxton about writing a book for years, he said, a nine years after his grandchildren encouraged Buxton to write his stories, he started the book series, which follows his life chronologically. The stories come from his wealth of life experiences as a professor at an African American college, a hospital administrator, an executive on the South Carolina Council on Human Relations, a singer and choirmaster, pastor of numerous parishes and founder of one. His first assignment was the First Evangelical Church on Dana Street in Wilkes-Barre, and he later founded the Albright United Methodist Church in Wilkes-Barre with the Rev. Jim Herring.

In one story from the book, Buxton talks about family friend and former South Dakota Sen. George McGovern, who ran for president against Ronald Reagan in 1984. In 1965, Buxton and his wife were on their way to a Sane Nuclear Policy event at the Waldorf Astoria in New York City when a blackout killed power from Canada to Pennsylvania.

“Waldorf had candles going, and there were hundreds of people sitting in the lobby chairs and on the floor,” Buxton said. “And here we were sitting on the stairs to the second floor ballroom talking to George and his wife, Eleanor, and the baby doctor Benjamin Spock, who was the speaker.”

Buxton worked on the book for an hour in the morning and for four in the afternoon almost every day for three years.

“Writing, rewriting and rewriting,” he said.

Three editors at Canadian publisher FriesenPress held Buxton’s hand throughout the process. The book is now available through various retailers, including Amazon, as both a traditional book and e-book.

“It was quite a journey,” Buxton said.

Buxton also will host a book signing at the Barnes and Noble at the Arena Hub Plaza from 3 to 5 p.m. Saturday, Oct. 19.