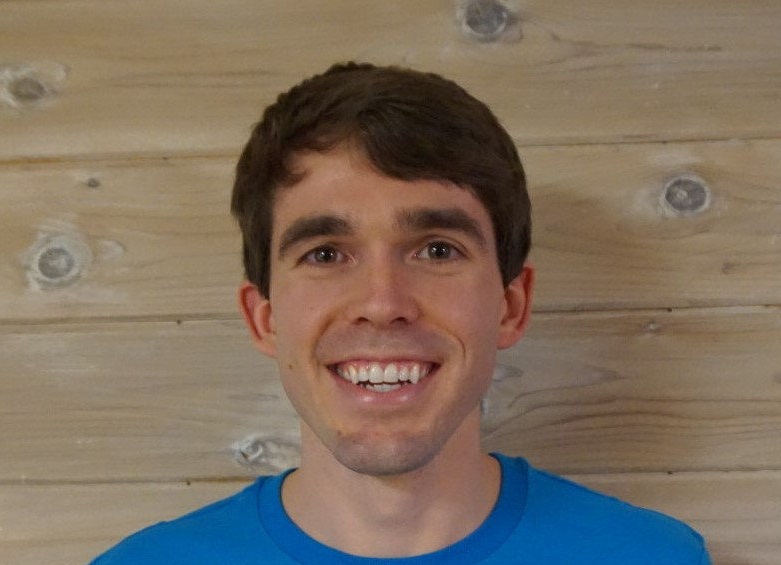 Tunkhannock has had its share of professional athletes through the years, so it should come as no surprise that the quiet little town continues to make a name for itself as an athletic homeland for yet another Tiger joining the professional ranks.

On January 1, former Tiger standout runner Ben Robinson added his name to that list of athletes.

The 27-year-old explained the difference between professional and amatuer status as, “In my mind, the debate is between being able to financially support myself by my sport.”
To that end, Robinson announced the French Alps-based company, HOKA One One, that makes and markets running shoes, has picked up Robinson as a member of its team, designating the company as his professional sponsor.

“I had reached out to them each of the last three years, but I wasn’t ready,” explained Robinson. “When I attempted the 50-mile race last November, they took notice. Their global athlete manager, Mike, reached out to me and said I was ready.”

He added, “I had had sponsors in the past, but I feel with this contract, this company, I can make a difference in my sport.”

Robinson is a trail runner, which is described as a sport-activity which combines running and hiking, and is run on any unpaved surface.

“I am not the fastest runner out there, but HOKA One One’s main focuses are trail and ultramarathon running. That sets me apart from the other runners because that’s what I do,” said Robinson. “If I compete against professional road and track racers, there is no competition. This suits me best for the trail and ultramarathons.”

Robinson said part of his contract entails his wearing the HOKA One One line of racing apparel in all competitions, which he is excited about.

On his Facebook page, Robinson declared HOKA has been his favorite line of shoes in the industry and has the best trail/ultra athletes in the world under their brand. He added in his statement that few people understand how much this means to him, but he is just so grateful to be given this opportunity.

He has a two-year contract, and under that contract HOKA will send him to races, events, and promotional gatherings.

“In the end of January, they are sending me to pace a race outside Phoenix, where I will be part of the team trying to set the world record,” Robinson reported.

HOKA athletes in the U.S. and Japan will attempt the 100K world record in the all-new Carbon X 2.

Robinson said he will also still be able to compete in events and races he wants to individually as well.

“This is a validation of my efforts. I have been training and making it work at this level for years now, and I have been so fortunate to have the support of my family. I’ve been able to travel and enjoy it all,” he said.

Also excited for Robinson’s shift to professional status is his fiancé, Jill.

Robinson said, “She loves to travel and she is excited to go to places she has never been to.”

He did clarify, however, that she is not a runner.

His day job as an investment adviser at Stone House Retirement Income Planners in Tunkhannock will not change.

“I am thankful that I will be able to do both,” he explained. “I love my job, and they have been so supportive.”

Robinson, who also had a successful collegiate running career at Lock Haven University, plans to stay in Tunkhannock, saying it is a good place to train for the running he does. He also proudly exclaimed, “I want Tunkhannock to be my home base.”

This sponsorship will give Robinson the opportunity to be able to do races and events he wants to.

He said, “I had been limited with what races I entered before, now I will be racing in bigger events on the national and global stage.”

“I am so grateful and thankful that people believe in me and have always kept pushing me to keep going,” said Robinson. “My biggest supporters have always been my high school coaches, especially Randy White.”

“This is not the easiest sport to stick around with,” said Robinson. “I am so thankful to be a part of the HOKA family.”

According to the HOKA One One website, the athletes in Japan will set off at 7 a.m. Japan Standard Time on Jan. 23, or 5 p.m. Eastern Standard Time on Jan. 22. The HOKA page can only stream the U.S. event, but interested followers can click the link provided on their page and follow @hokaoneone on social media to track the Japan event.

The event in Arizona will start at 7 a.m. MST (9 a.m. EST) Jan. 23 and will be streamed live at the link above. Watch the U.S. event, as athletes, including Robinson, across an ocean celebrate movement and compete against each other, the clock, and themselves.