The Co-Op Farmers Market, 900 Barring Ave., Scranton, will open for its 81st season on Wednesday, July 15, the venue announced today.

The market typically opens mid-July and stays open until the day before Thanksgiving.

Jim Schirg, 67, of Jim’s Farm Produce in West Abington Twp. has been bringing fresh, locally grown vegetables to the popular market every year since 1972. With seed orders filled long before the coronavirus pandemic started, and planting done on schedule, the Schirgs and about two dozen other family farms are ready to bring their produce to market in a few weeks.

Since then, the market at 900 Barring Ave. draws larger and larger crowds every year, he said near the entrance to the tidy 45 acres he plants, tends and harvests with his son, Jason Schirg, and grandson, Matthew.

The market’s board of directors has made efforts to keep farmers and their loyal locavores safe. Among other measures, Jason Schirg, the market’s treasurer, said they’ll set up hand sanitizer dispensers around the market.

“Hopefully people come out, and I think they will,” he said. 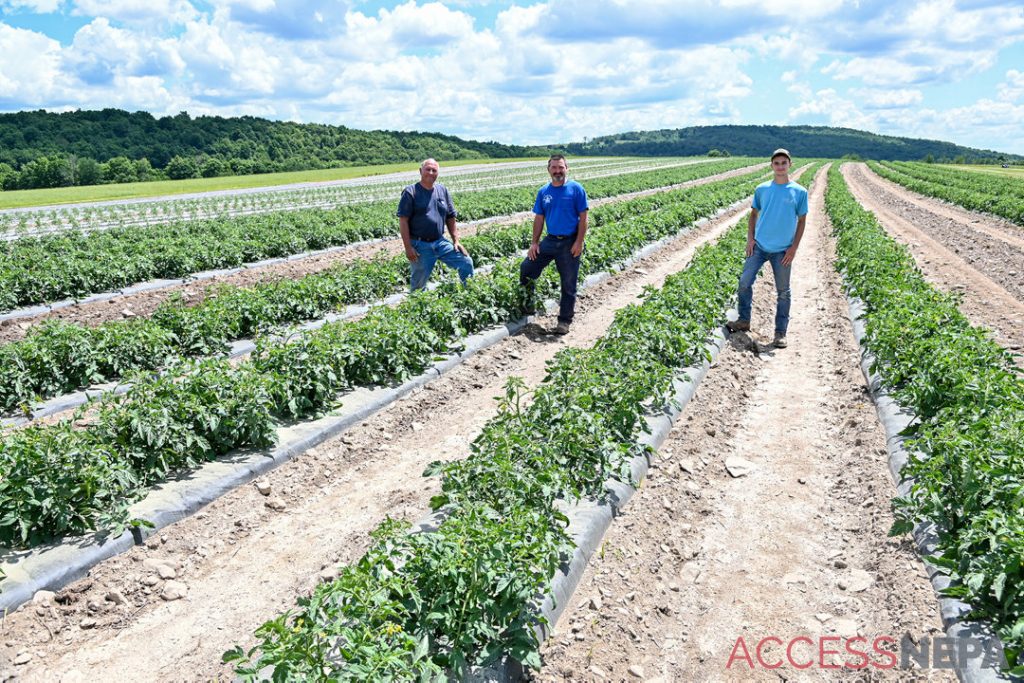 JASON FARMER / STAFF PHOTOGRAPHER
From left: Jim, Jason and Matthew Schirg stand in the tomato field at their farm in West Abington Twp.

Other farmers markets in the region are opening, too.

The Wilkes-Barre Farmers Market on Public Square in Wilkes-Barre opens at 10 a.m. this Thursday with only fresh produce vendors.

The Back Mountain Farmers Market will open later in July.

“The opening day was one of our best,” said Bill Banta of Rowland’s Pennsylvania Produce in Wyoming County. Shoppers came out strong, he suspects, in part because they want ways to shake off the social isolation of the last few months.

United Neighborhood Centers’ South Side Farmers Market in South Scranton, which is indoors and open year-round, reopened at the end of April to sell order-only goods after shutting down for a few weeks to implement safety measures. 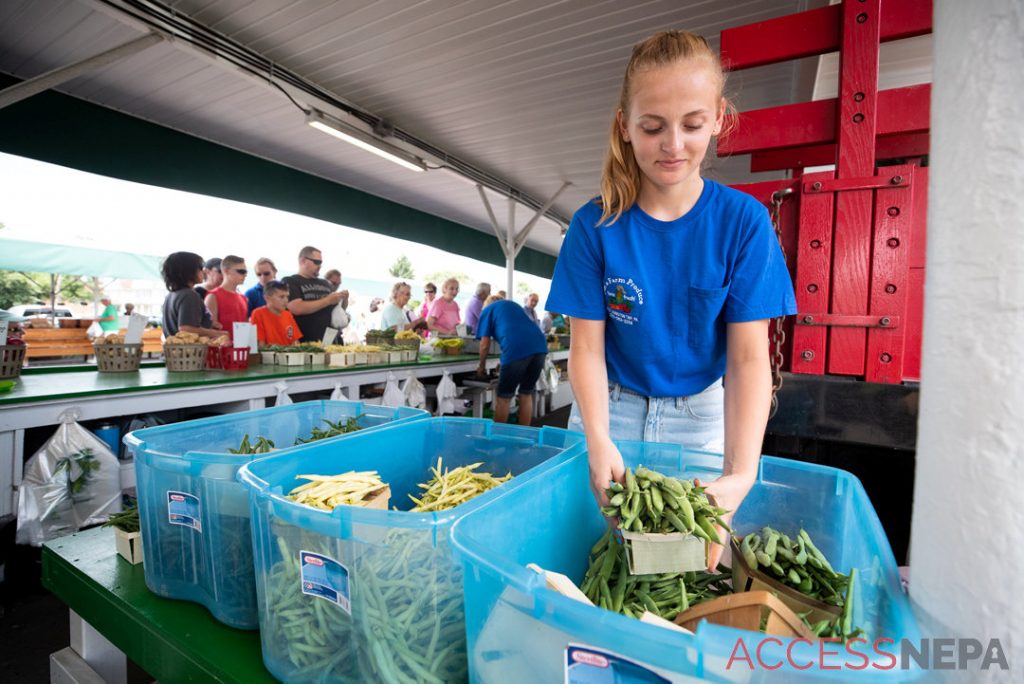 The Schirgs don’t know what to expect, but they’re counting on a strong season. After all, it’s the only place they sell their produce. Theirs is a business model that seems risky, but tantalizingly simple.

“We can sell everything we have right through our farmers market, right to the people,” Jim Schirg said.

They pick vegetables like tomatoes, peppers and sweet onions on off days. They don’t lean on side jobs or other work for income, and some years are better than others, Jim Schirg said. Farming vegetables for the co-op market is a full-time job.

At 16 years old, Matthew Schirg said he plans on carrying on the family business.

“I always enjoy coming out here,” he said.