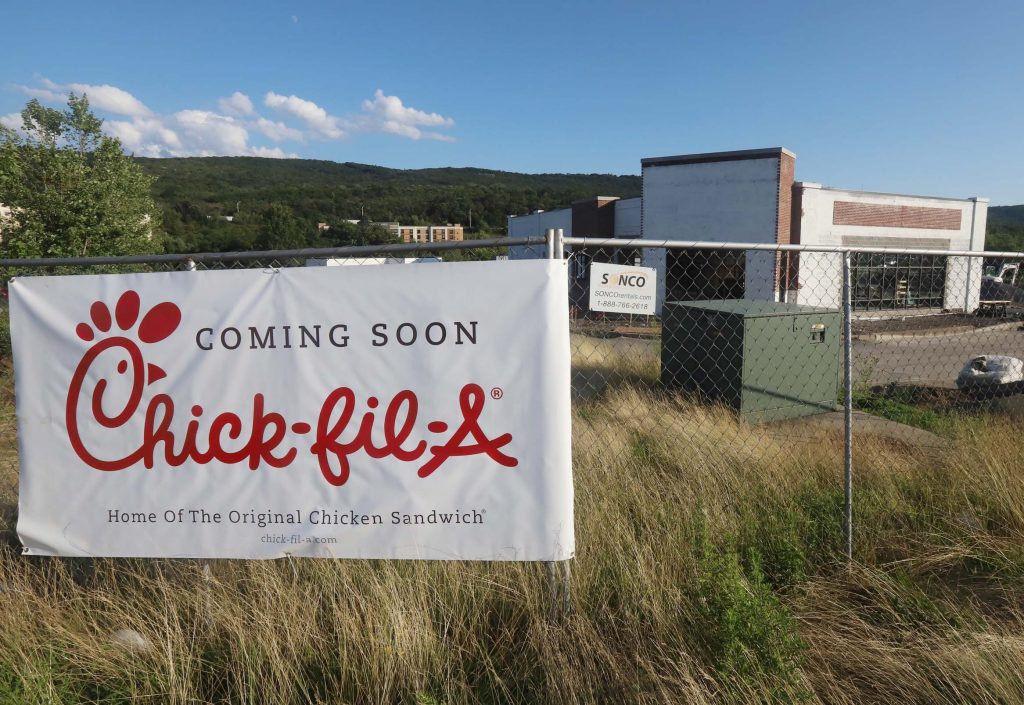 Chick-fil-A will open its new restaurant on Schechter Drive on Oct. 17, the restaurant chain announced on its website.

Jeff Snyder will operate the local Chick-fil-A. As part of the opening celebration, he announced plans for a “First 100 12-Hour Campout.” Registration for the event begins 6 p.m. Oct. 16 and concludes at 6 a.m. Oct. 17.

The new location marks Chick-fil-A’s first stand-alone location with a drive-thru in Luzerne County. Chick-fil-A also has facilities in King’s College’s building on Public Square and on Misericordia University’s campus in Dallas Twp.

Chick-fil-A will be open from 6:30 a.m. to 10 p.m. Monday through Saturday. Chick-fil-A locations are closed Sundays.

The restaurant is opening in the former Lucky’s Sporthouse property, owned by Metz Culinary Management.