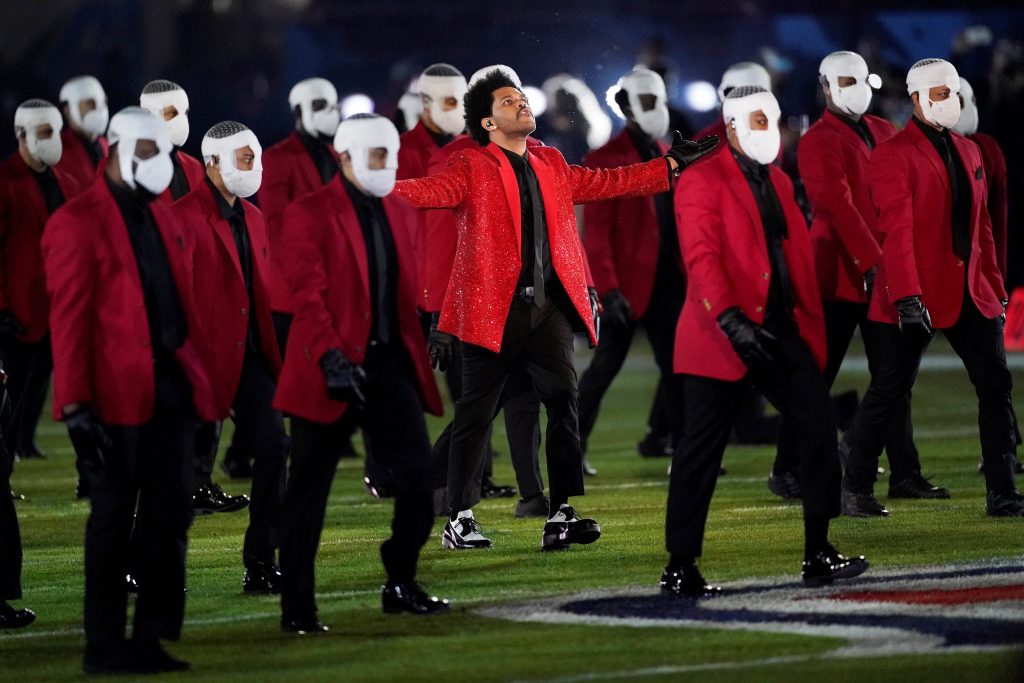 Review: Yawn, is it Monday yet? The Weeknd bores at halftime

His name is The Weeknd but his Super Bowl performance felt like a dreary Monday morning.

The pop star headlined the Super Bowl halftime show, running through his many hits like an Olympic relay track team aiming for the gold. But he wasn’t victorious Sunday night — no silver or bronze medals will be handed out here.

The Weeknd kicked off his 14-minute set in his signature red blazer and sunglasses, directing his robotic ensemble and singing “Call Out My Name.” His nasally, semi-Michael Jackson-esque vocals shined — especially during “The Hills” and “Earned It” — but the performance felt like it was designed for a typical awards show in the vein of the Billboard Awards or MTV VMAs — not the Super Bowl stage.

Maybe he had restrictions — either creatively, or COVID-ly? Who knows, but overall his performance felt limited and inadequate. Special guests should have been a non-negotiable.

The Weeknd finally came to life — 10 minutes to the performance — when he and dozens of his dancers hit the field to perform the explosive hit “Blinding Lights,” giving off flash mob vibes.

He was finally center stage, where he needed to be all night. But it was too late to save the show —most of the singing was done on the sidelines, as if it was an afterthought. Maybe because it was.

Who did impress the world at the Super Bowl? Jazmine Sullivan and Eric Church. 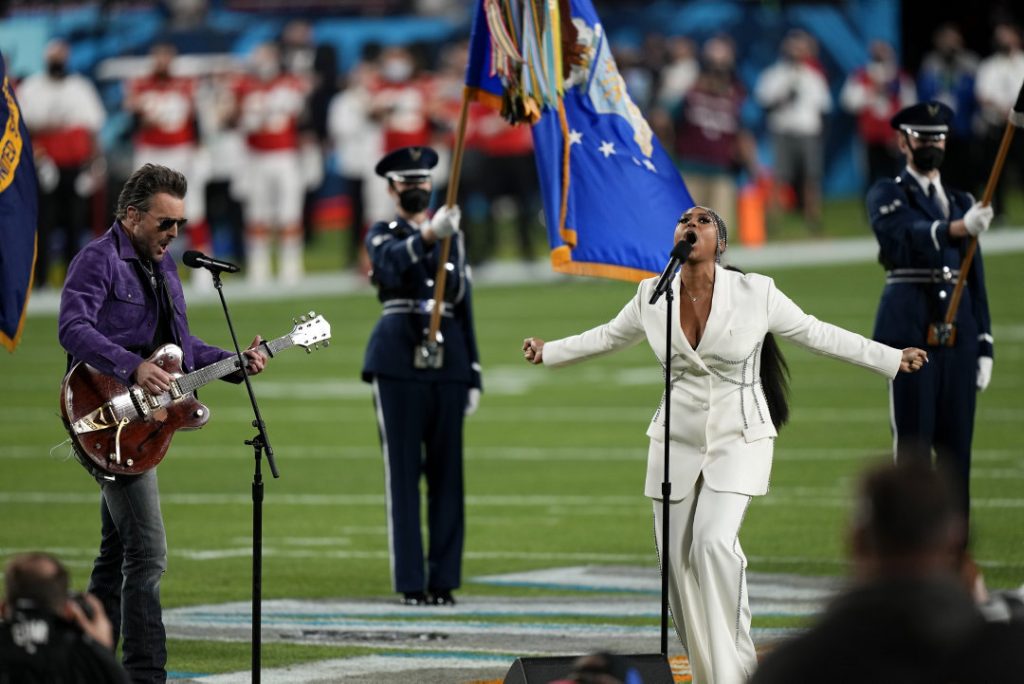 The odd couple proved why they are multiple Grammy-nominated stars in their own right, blending their vocals beautifully to create a memorable, enjoyable rendition of “The Star Spangled Banner” on Sunday.

Church kicked off the performance, strumming his guitar and giving all the feels with his raspy vocals. Sullivan later joined in, her voice also raspy but heavy and rich, belting the lyrics like a veteran singer. They both gained new fans Sunday night.

They finished the song singing together — Church letting Sullivan stand front and center with her beaming vocals and him right behind her, melding in epically like a perfect teammate.

Before that performance, Grammy-winning guitar slayer H.E.R. proved her rock star status with her rendition of “America the Beautiful.” Her vocals were soft and strong, as she strummed her guitar like a true star.

Sullivan, Church and H.E.R. performed in Tampa at the Raymond James Stadium before Tampa Bay Buccaneers took on the Kansas City Chiefs.