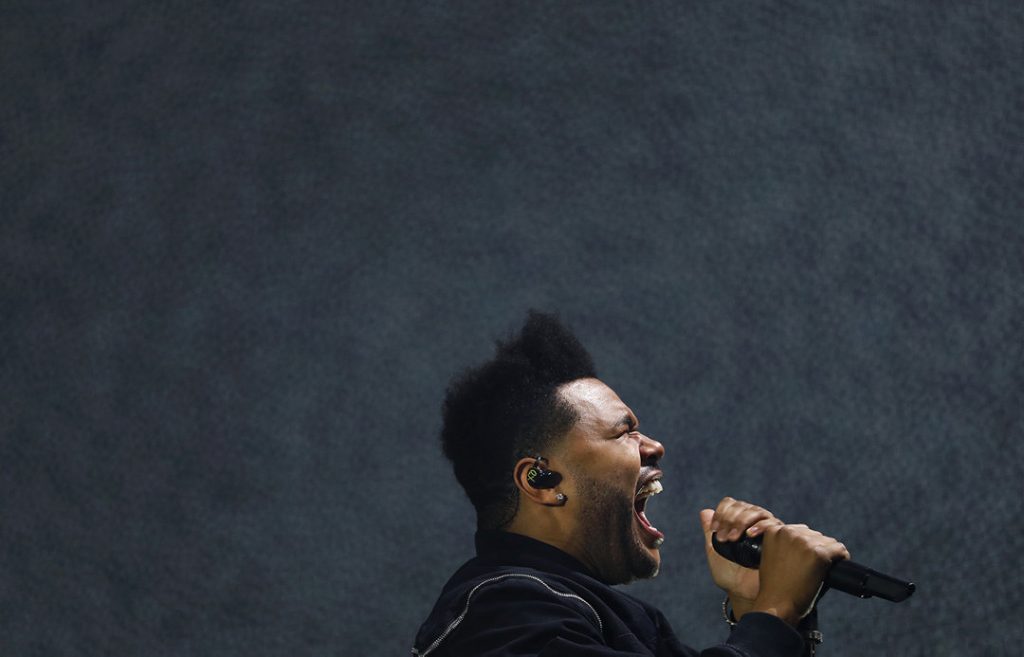 The Weeknd’s halftime performance could be as mysterious as the bandages on his face.

With Super Bowl weekend nearly upon us, there’s no time like the present to dive into The Weeknd, and mostly, the halftime show headliner’s facial metamorphosis, recently characterized by an obsession with bandages.

The“Can’t Feel My Face” singer, born Abel Makkonen Tesfaye, spoke at a news conference Thursday about his plans for halftime of the big game.

“I don’t like to spoon-feed the audience,” he said. “Hopefully, they can pick up some of their own theories and conclusions of what the show is saying and the story I’m telling in the performance.”

The singer debuted his evolving alter ego in late 2019 with the music video for “Heartless.”

Set in Las Vegas, the video shows the Grammy winner, 30, in his now-signature red suit jacket as he gambles some, drinks more, flirts with some ladies and apparent psychedelics. At the end, he’s racing down the streets, his outfit paying clear homage to the fashion of Michael Jackson.

The story picks up in the “Blinding Lights” video, which dropped in January 2020 and opens with the character’s mouth bloodied as he laughs.

Flashing back to earlier in the night, he takes a joyride in a sports car, dances, flirts more, and is eventually beaten up by a couple of goons.

“This character is having a really bad night, and you can come with your own interpretation of what it is,” the “Starboy” singer told Variety last spring.

The character, seen on the cover of the “After Hours” album, is also featured in the videos for the title track, as well as “In Your Eyes,” “Until I Bleed Out” and some of The Weeknd’s late night talk show appearances.

The “Uncut Gems” actor brought back the look in November at the American Music Awards, where he accepted an award and performed with his face almost entirely bandaged.

Last month brought with it the video for “Save Your Tears,” and with it, a slew of questions about just how far The Weeknd had taken his new look. Sure, he returns with a now-glittering red jacket, but his face, thanks to very convincing prosthetics, is unrecognizable.

Ironically, nearly everyone else in the video wears an elaborate, “Eyes Wide Shut”-esque mask, and eventually, the Canadian star shoots himself… with a confetti-filled prank gun.

“The significance of the entire head bandages is reflecting on the absurd culture of Hollywood celebrity and people manipulating themselves for superficial reasons to please and be validated,” The Weeknd told Variety in a new interview.

The evolution, he said, is “all a progression and we watch The Character’s story hit heightened levels of danger and absurdity as his tale goes on.”

The Weeknd on Thursday promised to keep his show “PG for the families,” but said he’s going all-out.

“We wanted to do something we’ve never done before, so we built the stage in the stadium,” he said. “I’m not going to tell you anything else because you’ll have to watch on Sunday.”