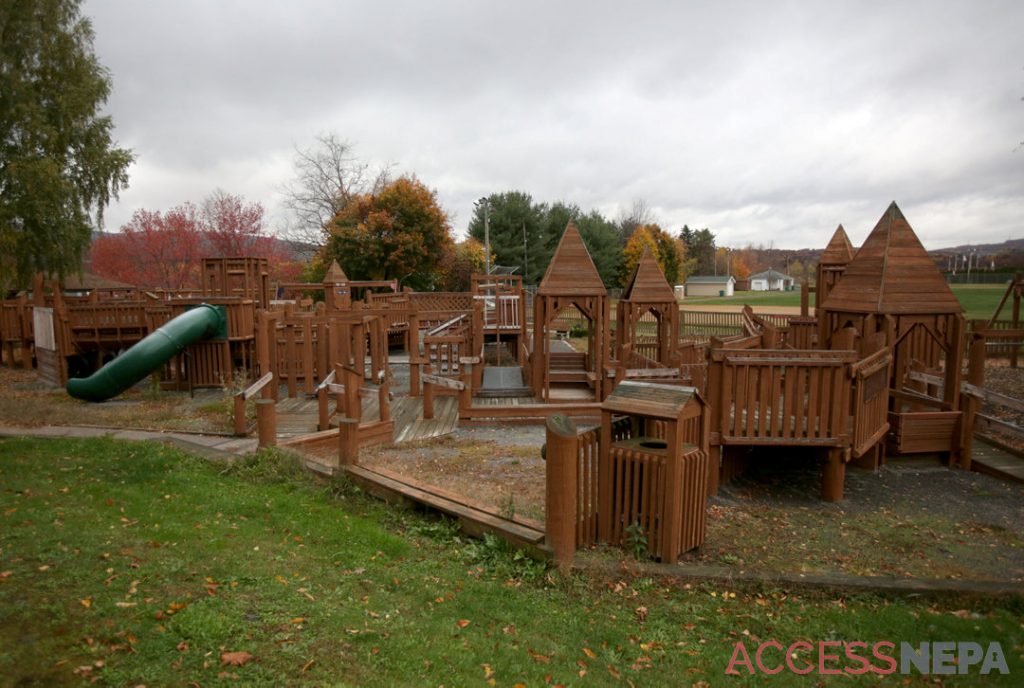 Playground to get state-of-the-art equipment

After delays because of COVID-19 and funding, plans to replace Jessup’s dilapidated Kids Korner playground with a new state-of-the-art plastic park are back on track.

Council voted 7-0 Monday to solicit bids for the new playground on Erie Street pending review and approval from the state Department of Conservation and Natural Resources. The DCNR awarded the borough a $250,000 grant for the project, which the town matched, said Councilman Craig Shander, chairman of the borough’s parks and recreation committee. The borough will seek bids for new sidewalks, fencing and lighting.

Concerned over liability of the nearly 30-year-old park, borough officials shuttered Kids Korner at the end of March, Shander said, attributing the closure to a combination of COVID-19 and the park’s poor condition.

If all goes according to plan, crews will begin construction in the spring, with work taking about eight weeks, he said.

In April 2018, the borough briefly closed the popular park and made emergency repairs to the wooden structures, including dealing with splintering wood and exposed nails and screws. Officials initially estimated the new park would cost about $1 million, with a potential completion date at the end of 2019.

However, funding and the pandemic pushed plans back, Shander said, explaining they were able to shave off about $180,000 by switching to a different flooring material. The Family of St. George, the group spearheading the project, wanted to use poured rubber flooring, but they compromised with the borough and switched to a rubber mulch, he said.

Curt Camoni, a member of the Family of St. George who leads the organization’s park project committee, said Kids Korner will have a donated pathway using the poured rubber flooring to ensure the playground is wheelchair accessible. Kids Korner will be Americans with Disabilities Act compliant, and it will feature a special calm area in the equipment for children who need a quieter, less crowded place to play, Camoni said.

The playground will have two distinct play areas: one for children ages 2 to 5 and the other for children 5 to 12.

“It’s as inclusive of a playground as you’re going to find,” Camoni said.

In addition to the DCNR grant, the Family of St. George received a more than $125,000 grant from Alabama-based GameTime, the manufacturer of the playground equipment, and $100,000 from Invenergy, Camoni said. The group also received $21,600 from Kiewit, the Lackawanna Energy Center’s prime contractor, to demolish the current playground.

The borough earmarked $60,000 to cover any shortfalls, though Camoni expects to raise the additional funding.

“We literally won’t stop working until we make sure that money is either raised or paid back,” Camoni said.

The new park equipment is expected to last 30 years.