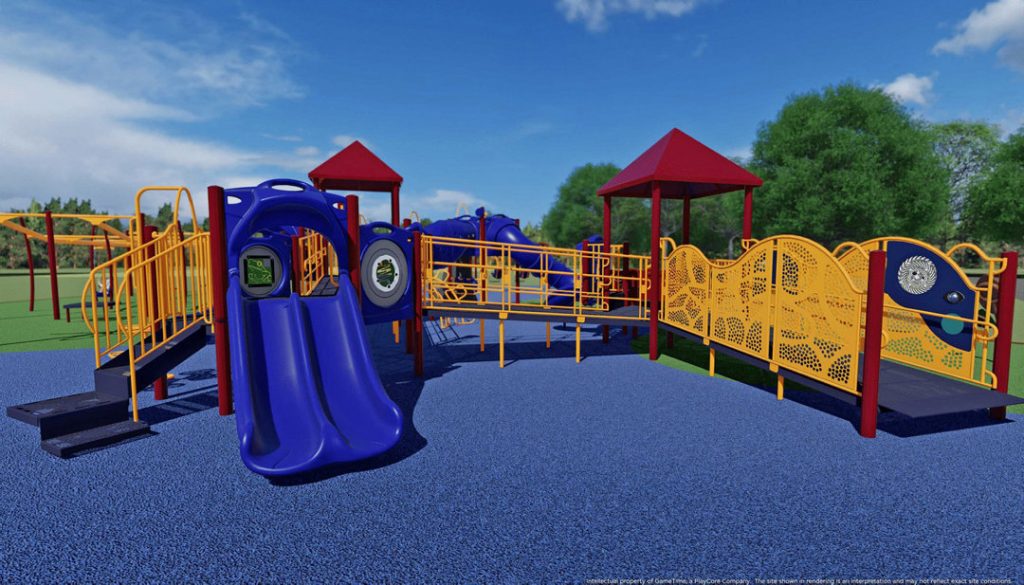 MINERSVILLE — The nonprofit that is building a playground for children of all abilities is a step closer to making its vision a reality.

It consists of stairs, a rock climbing wall, sensory panels, slides, ramps and canopies. Smaller pieces, not part of the main structure, include a swing set, zip line, sensory panels and standalone units and will be acquired later. All the equipment is being purchased from MRC Recreation.

“It’s very exciting to see something that a year ago was an idea for a single handicap swing turn into a full-fledged, all-inclusive playground,” Dunkel said. “It’s pretty amazing.”

The all-inclusive playground is designed to allow children of all physical abilities to use it and will be built in a 9,000-square-foot space in the left field area of the Minersville Teener League complex off Fourth Street that the borough agreed in July to lease to the nonprofit for 20 years.

Other features will include a see-saw for children using wheelchairs, a special needs swing with a full harness, sliding boards and monkey bars. Surfacing beneath will be poured-in rubber.

Organization officials have until the end of the year to pick up the equipment from the manufacturer, Dunkel said. The main set costs an estimated $137,000 but the board paid $68,722 for it through a matching-funds grant donation.

He anticipates construction will start in August 2021, with the playground opening the following month.

The organization is running a capital campaign to purchase the $50,000 small pieces. It already received a $10,000 donation from the Schuylkill County Autism Society to sponsor the swing set. Donations can be mailed to P.O Box 132, Pottsville, Pa. 17901. Additional information is available on dustinsadventureland.org and on the nonprofit’s Facebook page.

In addition, the group is selling sponsorships for personalized bricks for $100, blocks for $250 that will be near the entrance and decorative puzzle pieces for $1,000 that will line the playground perimeter.

“The support and donations from the public has been nothing short of overwhelming,” Dunkel said.

Two fundraisers are planned in the coming months: A Chinese Auction Nov. 7 and 8 and a “Cash Bash” event on Dec. 5, both at AMVETS Post 180 in Pottsville.