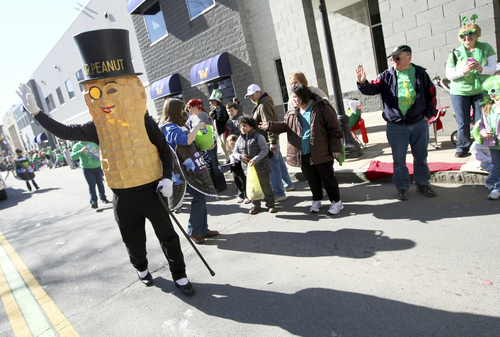 Last week, the snack company that was founded in Wilkes-Barre released a commercial of Mr. Peanut’s death following a crash of his NUTmobile. In the ad, the beloved company icon — who was born in Wilkes-Barre in 1916 — plummets off a cliff onto the wreckage of the NUTmobile, which subsequently explodes.

Following Bryant’s tragic death in Southern California on Sunday, Planters has backed off its plans to promote its Super Bowl ad. Bryant, 41, a native of the Philadelphia suburbs, was killed along with his 13-year-old daughter and seven others.

A representative for the company apologized Monday for a press mailer containing “prayer candles” for Mr. Peanut that were sent out to the media prior to the crash that killed Bryant.

“We wanted you to know that we are saddened by this weekend’s news and Planters has paused all campaign activities, including paid media, and will evaluate next steps through a lens of sensitivity to those impacted by this tragedy,” the company said in a statement.

It appears the company will still go ahead with its Super Bowl ad. Asked whether Planters might not show its death-themed ads on Sunday at all, a spokesman said the brand hasn’t made any changes to those plans, according to the Wall Street Journal. The pause right now affects only pre-Super Bowl paid advertising on platforms like Twitter and YouTube as well as some other outreach in the immediate wake of Mr. Bryant’s death, the spokesman told the paper.

“While Mr. Peanut may no longer be with us, his snackable spirit lives on. Shop Mr. Peanut’s favorites and enjoy a crunchy tribute to the iconic nut who always had your back,” a caption says. Directly below the tribute banner, however, is an animation of a smiling, dancing Mr. Peanut surrounded by dozens of Mr. Peanut messages posted to Twitter.

Italian immigrant Amedeo Obici, along with his friend and business partner, Mario Peruzzi, founded Planters Peanut Co. in Wilkes-Barre in 1906. Mr. Peanut was born 1916. He became a local icon who would go on to become a national and international symbol of the peanut company, helping it become a global brand. The business began at 632 S. Main St. in Wilkes-Barre. Though production moved to Suffolk, Virginia, years later, the Wilkes-Barre property remained the business’ world headquarters through 1961.