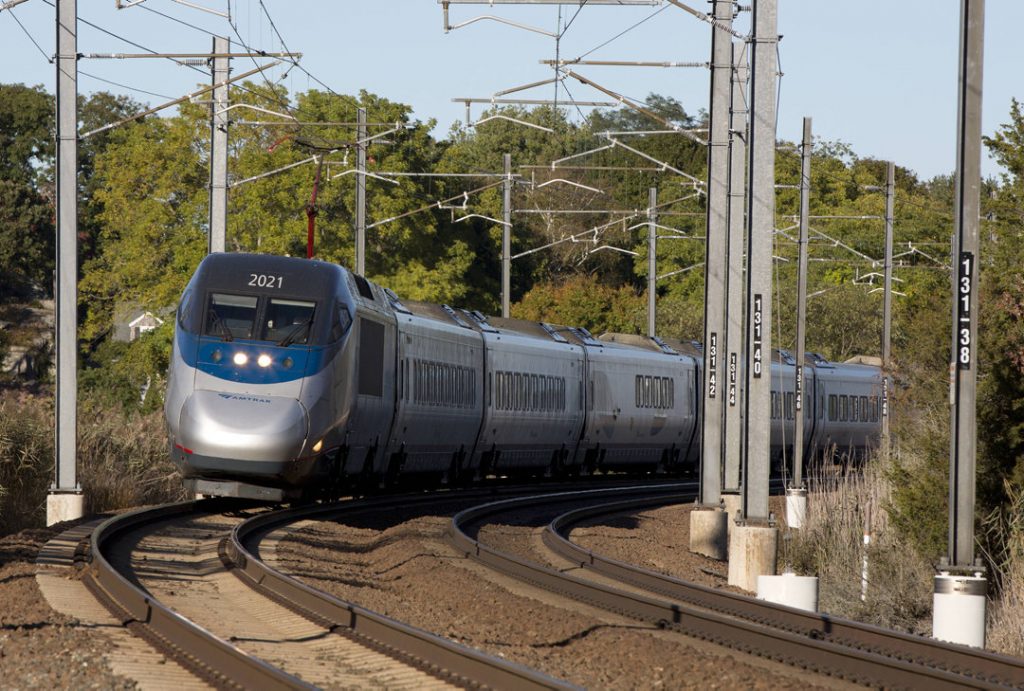 “Holy cow would be too strong,” said U.S. Rep. Matt Cartwright, D-8, Moosic, a member of the House Appropriations committee. “It’s clearly a positive moment. But let me put it into context for you. … The hill we are climbing is almost as enormous as the benefit that will come if we make it. And I have become intimately familiar with what the obstacles are.”

The American Jobs Plan – proposed by President Joe Biden, the Scranton native who spent decades riding Amtrak as U.S. senator from Delaware – would spend $2.3 trillion over eight years on the nation’s roads, bridges, airports and other infrastructure. It includes $80 billion for Amtrak to address its repair backlog, modernize its high traffic northeast corridor and create new rail service between cities.

That excited the project faithful.

Scranton Mayor Paige Gebhardt Cognetti even tweeted a picture of the Amtrak map and captioned it, “Let’s do this.”

“There is a tremendous amount of work to do to get that to fruition. And that would be at the federal, state and local level,” Cognetti said. “It would be a game-changer for us economically and culturally as well.”

Tyler Kusma, a founder of the Scranton Rail Restoration Coalition, an advocacy group, said friends texted about the map, which prompted him to remind them of the blurrier version issued last fall. Nonetheless, he said, Amtrak’s clearer map means something.

“It was great to see Scranton still on the map. It was certainly not a surprise, given that had been announced unofficially, back in September,” Kusma said. “But certainly it was nice to see a clear map. … And there was a lot of excitement because this one went out on Twitter, it was official, as opposed to the other one that was (distributed) on a webinar and everyone had to go off of screenshots.”

So Amtrak officially wants to expand its service to Scranton, unlike New Jersey Transit, which has only committed to restoring seven miles of track on the 28-mile Lackawanna Cutoff, the key part of the route where track was removed in the 1980s. Work on finishing that seven miles is expected to resume later this year.

“I am not surprised that the president is pushing passenger rail,” Cartwright said. “Like no one else, he understands its value. But it is a step forward for us in that he is now making it an explicit goal to connect new communities to passenger rail.”

Cartwright said advocates still have to convince Pennsylvania’s and New Jersey’s top officials of the project’s benefits, not to mention the Federal Transit Administration. Combined, both states could have to contribute up to half the cost.

“Don’t lose sight of the fact that FTA money must get a local match, it must get money from Trenton and/or Harrisburg to get it across the Delaware,” he said.

The route crosses the Delaware River near the New Jersey-Pennsylvania border in Monroe County. 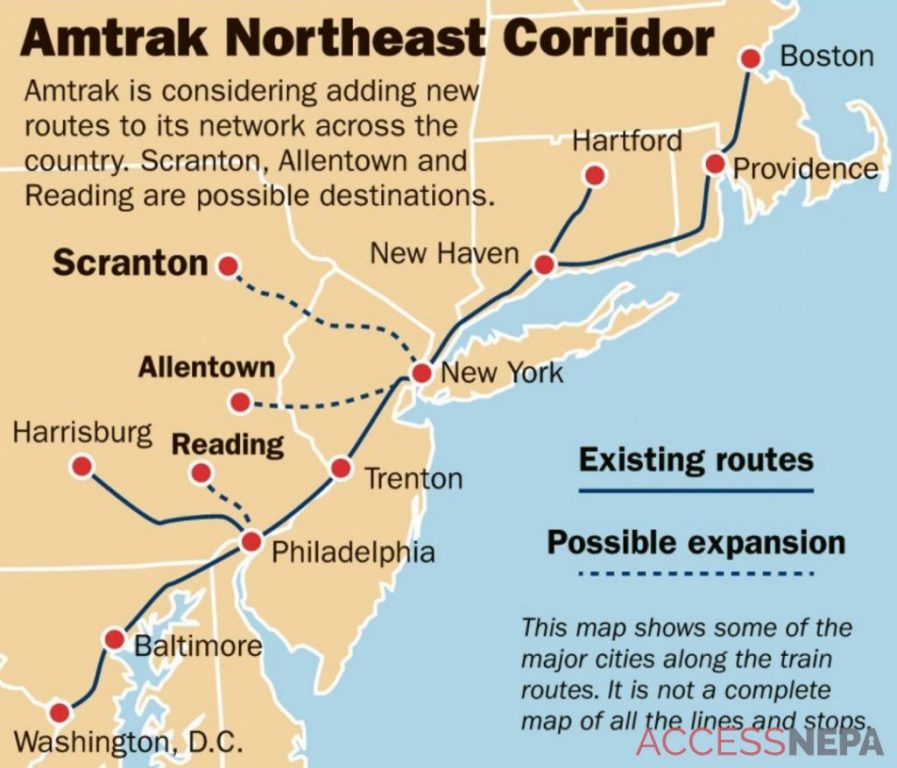 “And none of that happens without complete buy-in from Pennsylvania and New Jersey,” Cartwright said. “My hope is that Biden can help get Pennsylvania and New Jersey together in this quest. He has a bully pulpit. He has a convening power like nobody else on the planet. And I hope he steps up into that bully pulpit and brings our two states together and helps them see it as a priority.”

Lost in all the train hoopla: the potential for the region’s roads, bridges and other infrastructure.

Pennsylvania Department of Transportation District Executive Rich Roman said the talk of more federal infrastructure spending pleased and encouraged PennDOT officials. They face $8.1 billion in unfunded repairs and are considering tolling interstate bridges as they’re replaced, including one on I-81 in Susquehanna County and two on I-80 in Luzerne County.

“I don’t know the specifics right now as far as how much more money we would get,” Roman said. “Every little bit helps. Funding at a federal level will really help us focus more on our interstates and expressways, our systems where we’ve had to defer projects and maintenance because of funding. … We were happy to see the announcement being made in Pennsylvania and out in Pittsburgh. So it’s a great time right now. And we’re encouraged that it’ll get done.”