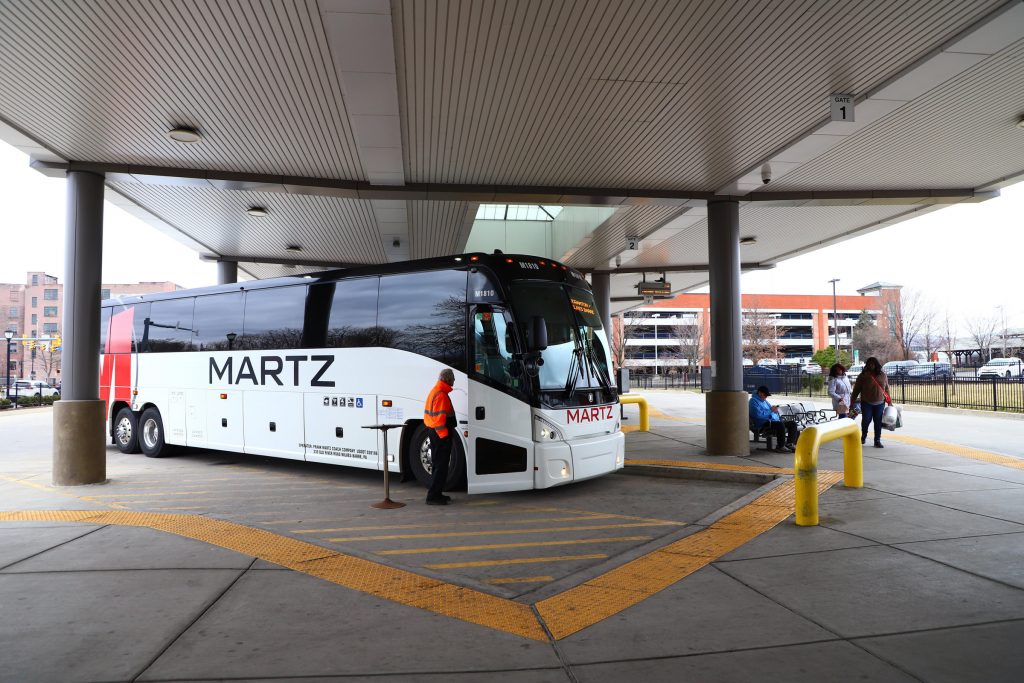 Martz Group will suspend its bus service to New York City and Philadelphia for two weeks starting Saturday, in response to the coronavirus pandemic.

The company, which operates buses from Wilkes-Barre and Scranton to New York several times per day, announced the suspension of service Wednesday. Buses will continue to run up to and including Friday, but service will be suspended Saturday and will not resume until at least April 13, according to a statement posted to the Martz website.

“In light of guidance from the federal government that individuals leaving the New York City Metro Area should self-quarantine for 14 days to slow the spread of the COVID-19 virus, and out of an abundance of caution, Martz will discontinue scheduled service into New York City and Philadelphia for two weeks,” the statement reads, in part.

Bus service will continue through Friday to allow those who work in “essential, life-sustaining businesses” to find an alternative means of travel, according to the statement.

Martz faced increasing calls the past week to cease its service to New York City, now widely regarded as the epicenter of the coronavirus outbreak.

More than 6,000 people signed an online petition calling for federal authorities to shut down Martz bus service to New York, citing the risk of spreading the highly contagious virus.

State lawmakers who represent the Poconos and Northeast Pennsylvania — from which Martz transports hundreds of commuters each day — supported the move to shut down bus service to and from New York.

“What’s the point of isolation if people from a high impact area are allowed to travel wherever they want?” said state Rep. Eddie Day Pashinski, D-121, Wilkes-Barre. 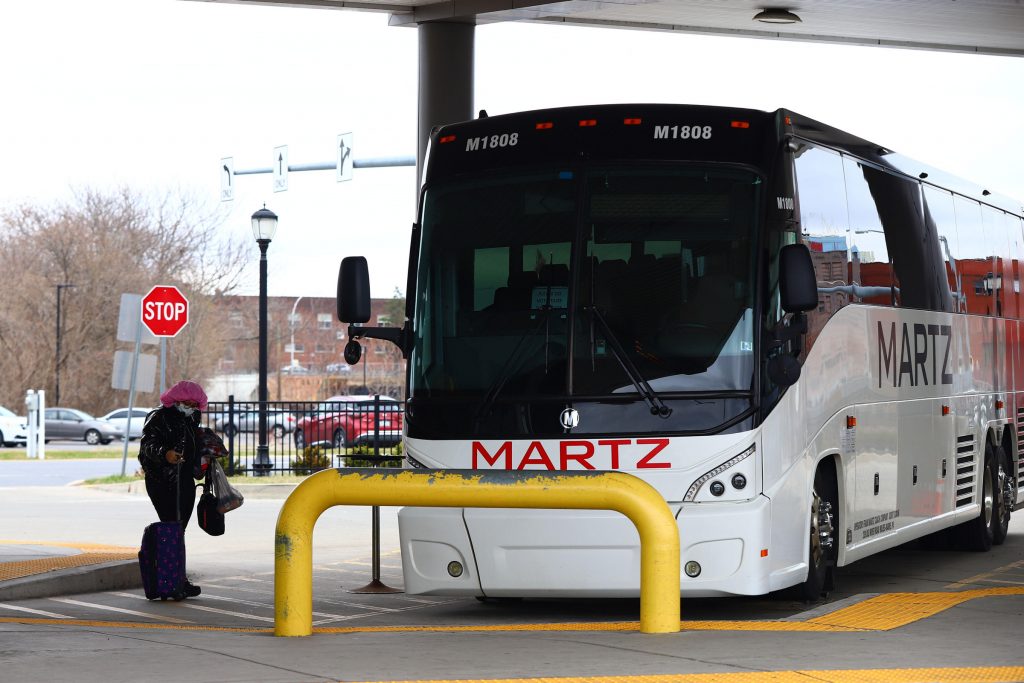 EMMA BLACK / STAFF PHOTOGRAPHER
A woman prepares to board a Martz bus at the Martz Trailways Bus Station in Scranton.

State Rep. Rosemary Brown, R-189, whose district includes portions of Pike and Monroe counties, expressed her concerns in a letter to Martz executives that was widely shared on social media.

Wilkes-Barre Mayor George Brown commended Martz for doing the right thing, but stressed that other companies are transporting people from New York to Luzerne County in vans and other vehicles.

Brown, in a letter to Gov. Tom Wolf, said he wants that to stop.

“These modes of transportation must be halted to minimize the clear and present danger to the citizens of Wilkes-Barre that they present,” Brown wrote.

Not everyone is happy with the suspension of Martz bus service, however.

Wandel, who said she takes a Martz bus to New York about twice per month for medical appointments, said it is “ridiculous” to stop bus service as long as roads are open to private passenger vehicles.

“The wealthy people who have cars can come and go as they please,” Wandel said, adding there are many people like herself who cannot afford a car and rely on bus service for transportation.

Wandel said she has taken extra precautions since the coronavirus outbreak started and has washed her hands more frequently and thoroughly.

However, the pandemic should not shut down daily life completely, she said.

“You cannot stop life because you are afraid you are going to get this or that disease,” Wandel said.