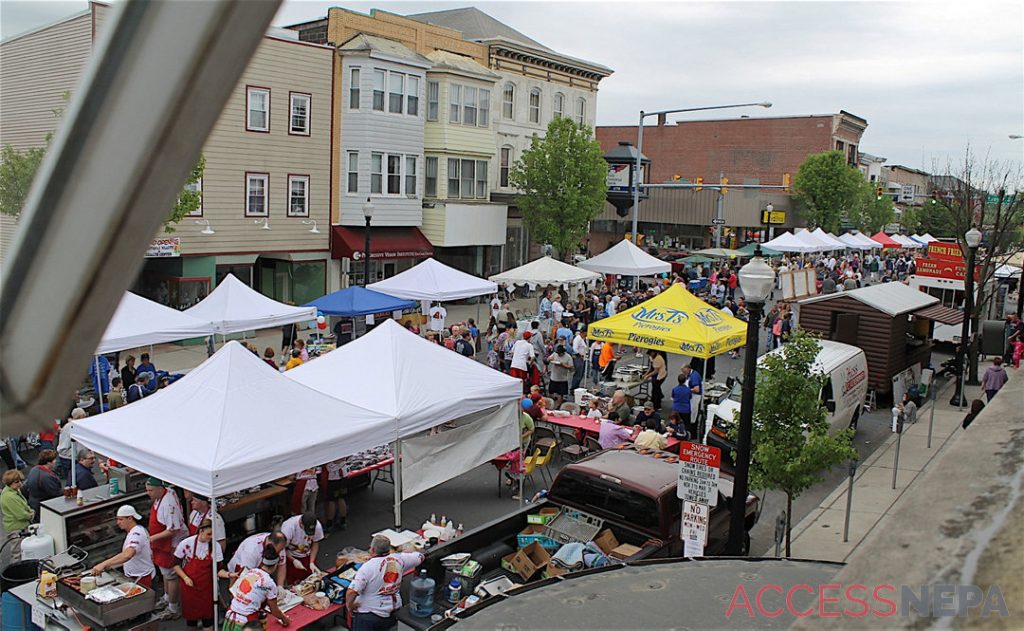 SHENANDOAH — Fans of the annual Kielbasi Festival will have to wait a little longer to get their fix of the Eastern European delicacy this year with its postponement until Sept. 5.

The date of the 13th annual event, sponsored by Downtown Shenandoah Inc., was changed from its original date of May 16 due to the COVID-19 pandemic. The event is scheduled from 10 a.m. to 5 p.m. along North Main Street in the borough.

The 22nd annual Heritage Day, which was scheduled for Aug. 22, will be incorporated into the Kielbasi Festival since the two dates are so close.

DSI Executive Director and Main Street Manager Mary Luscavage said the uncertainty of when the pandemic restrictions will be lifted led to the decision to reschedule the festival.

“We (DSI board members) discussed the situation and I said we have to have the festival,” Luscavage said. “We weren’t sure what we were going to do about Heritage Day, so I think what we’re going to try to combine the two, not necessarily making Kielbasi Festival a combination, but if anybody had a stand at Heritage Day and want to come back, they can come to Kielbasi Festival.”

Luscavage said early September seemed to be a good time to hold the festival.

“We’re running out of time weather-wise,” she said.

Rescheduling the vendors for the new date has been working out.

“I have to say the vendors have been really wonderful,” Luscavage said. “They’re all coming back and there may be more because we got some new ones for the festival. They knew it wasn’t going to happen when we said it would. We called all our vendors to get them back. We don’t want to hurt them financially. They were fine with the change.

“They said they were glad we didn’t change to October since there are so many other events moving to that month.”

Whether conditions will change enough to be able to hold the festival in September is something that DSI will decide as it gets closer.

“We have to at least try,” Luscavage said. “It’s our biggest fundraiser. People look forward to it. If there still is an issue with this, we probably won’t have it. God willing there won’t be an issue. We’ll handle it when we get closer.”

One of the highlights of Heritage Day is the Parade of Nations, but the parade will probably not happen.

“I don’t think we’re going to have the parade this year. It’s a little bit too much to do,” Luscavage said. “We may still do the parade. I just don’t know at this point. Everything is up in the air and we’re playing it by ear. Probably by August we should know what we’re definitely going to do one way or another. Next year we’ll go back to Heritage Day on the day we’ve normally held it. Hopefully everything will go back to where it was next year.”

Any vendors who are interested in being part of the event can contact DSI at 570-462-2060. Since the staff is working from home, callers are asked to leave a message.