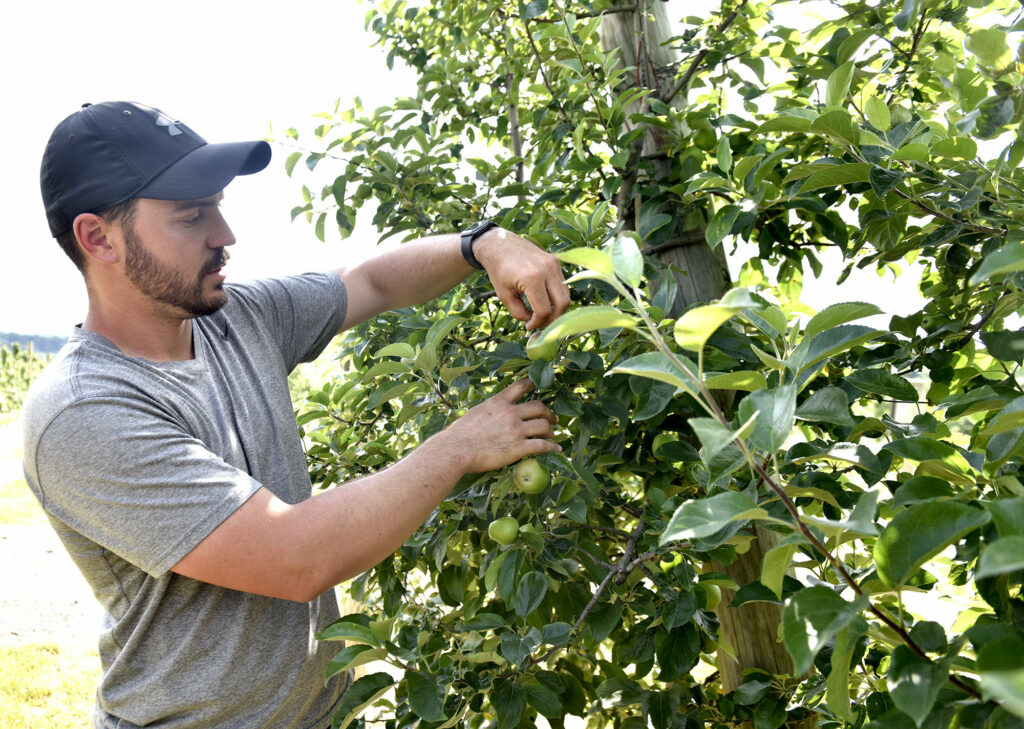 Rows of colorful flowers will soon sprout in a barren field in time for a late summer festival at the rebranded Lakeland Orchard and Cidery.

The former Roba Family Orchard changed names this year to avoid confusion between the family’s farms — the other is in North Abington Twp. — while also expanding its offerings to a more adult crowd, including a larger hard cider garden.

“I hope it’s a more enjoyable experience for families and adults,” said Jennifer Roba, manager of the orchard.

Owned by the Roba family, the orchard, going into its seventh operating season, will now offer live music every Saturday and Sunday from Aug. 17 to Oct. 14, along with apple picking from 15 acres of trees.

They’re also creating an area for ax throwing, the bar sport growing in popularity across the country.

The Robas chose the name Lakeland to honor the farm’s location, said Jeffrey Roba, who helps his sister and family run the orchard and cidery.

“Everybody always knew it as the Lakeland farm,” he said. The orchard is also located down the road from Lakeland High School on the highest point in Scott Twp.

The Robas noticed the crowd at the orchard is younger adults and more millennials. 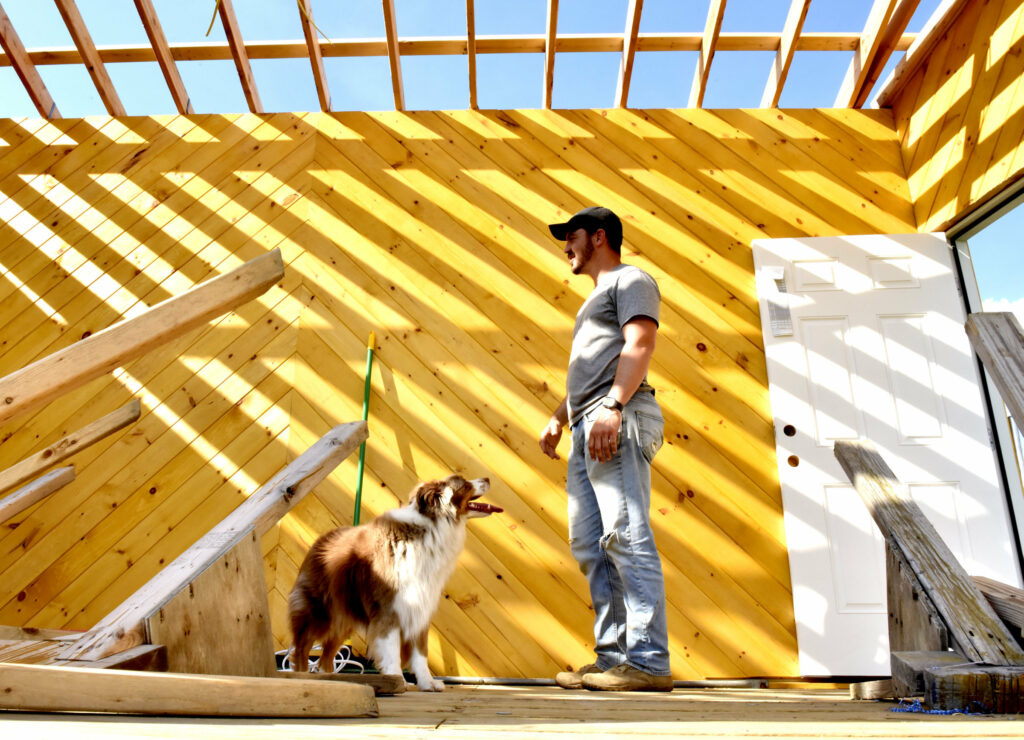 SEAN MCKEAG / STAFF PHOTOGRAPHER
Manager Jeff Roba and Patch, his 3-year-old mini Australian shepherd, walk onto the new stage that will be used for live entertainment at Lakeland Orchard and Cidery in Scott Twp.

“A lot of what they want is an experience, is the perfect picture to tell all their friends about,” said Jeffrey Roba.

This year, in addition to 5 to 6 acres of sunflowers, they planted zinnias: shorter flowers in an array of colors that grow on bushes and resemble sunflowers. Guests can snap pictures in the fields and pluck a flower to take home.

While the hard cider is not currently made at the farm — the apples are shipped to Southern Pennsylvania and turned alcoholic — brewing cider in Scott Twp. is in the orchard’s future, said Jeffrey Roba.

“We really wanted to kind of tell people we’re doing it and bring them along on that journey,” he said.

The cider garden offers different types of hard ciders ranging from dry to sweet and this year will feature new food stands including a gourmet burger shop and barbecue.

“We opened the orchard in 2013 and the first couple years it was just apple picking,” said Jennifer Roba. “It was me in a tent saying, ‘Hi, do you want to buy some apples’ and it has totally grown from there.”

The expanding orchard is just another facet of their successful seasonal businesses.

Whether at the North Abington Twp. farm, which sells pumpkins in the fall, or the orchard, which also grows Christmas Trees, the family works year-round to dream up new attractions for guests.

Jeffrey Roba said he visits farms across the country, including in California and Utah, with his father, John Roba, and attends “agritainment” trade shows to get ideas.

The Lakeland Orchard and Cidery will kick off its season officially on Aug. 17 with the zinnia festival. The farm’s popular sunflower festival and apple picking begins Aug. 30.

Previously purchased season passes are still good for both locations, regardless of the name change, said Jeffrey Roba.

For details on upcoming events or the lineup of live music, visit the Lakeland Orchard &#38; Cidery Facebook page or lakelandorchard.com.