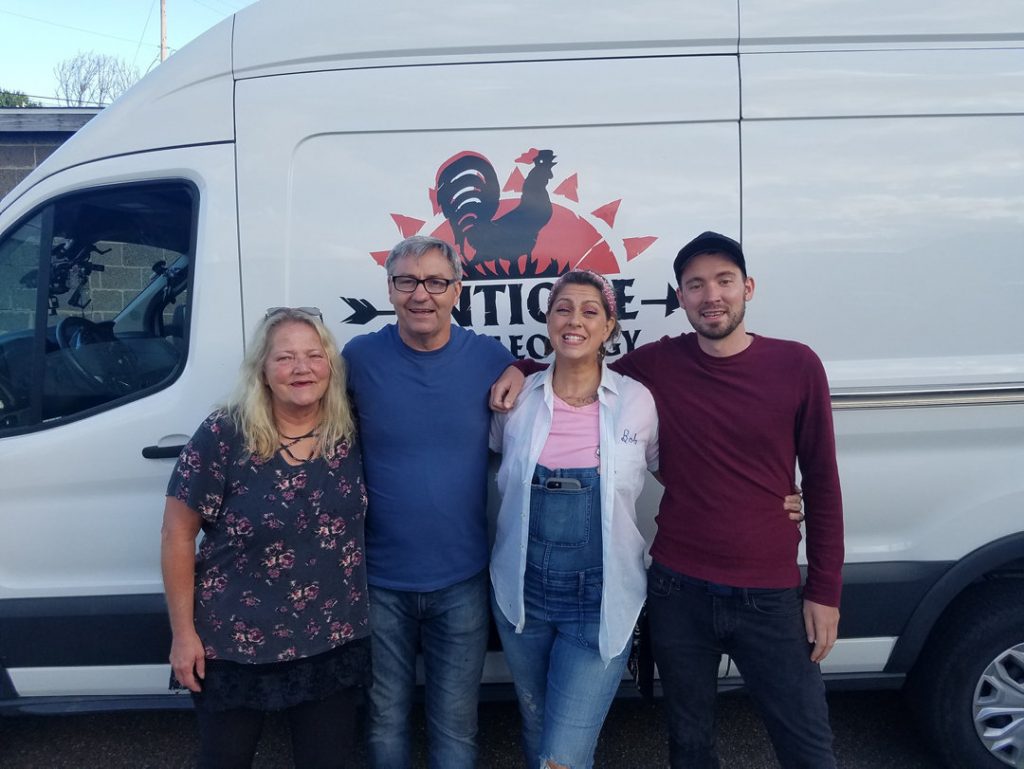 The late Rich Saullo collected interesting bits and pieces throughout his life — enough to create themed rooms in his Hazleton home, his wife Denise Jones said.

As she began to go through the well-known broadcaster and community leader’s collection after his passing in April, her son, Curtis Jones of Drums, suggested they reach out to the History Channel’s “American Pickers” television show.

The reality show features hosts Frank Fritz and Mike Wolfe as they travel across the country “picking” from people’s antique and memorabilia collections for resale or their own collections.

Curtis Jones wasn’t sure the show would be interested in coming to Hazleton to see Saullo’s collection, but reached out just the same, Denise Jones said Sunday.

“We thought it was a long shot,” she said, but the show asked for photographs of the collection and showed up with a crew for a day-long shoot in August.

The segment airs Monday at 9 p.m. on the History Channel.

Jones is both excited and nervous about the segment airing because she and her son did this to honor Saullo’s legacy and they don’t want to fall short, she said.

They filmed the show with the show’s other hosts, Robbie Wolfe and Danielle Colby, who Jones said were wonderful to work with.

“They were the nicest people I’ve ever met,” she said, noting that they made them feel at ease and forget the cameras were rolling for the 12-hour marathon pick.

The film crew was at their home from 9:30 in the morning to 9:30 at night looking through the house, which has rooms with themes such as music and war, but also a full bar and basement, Jones said.

Saullo, a media personality who appeared on local telethons and served as an executive for the United Way of Greater Hazleton before his death, had been collecting since he was child, she said.

Jones can’t say what the show’s hosts bought from the collection, but they did buy some items, she said. People will have to tune in to see what piqued their interest, she said.

“It was a nice experience,” Jones said, adding that she will remember this always. “It was a lot of fun.”