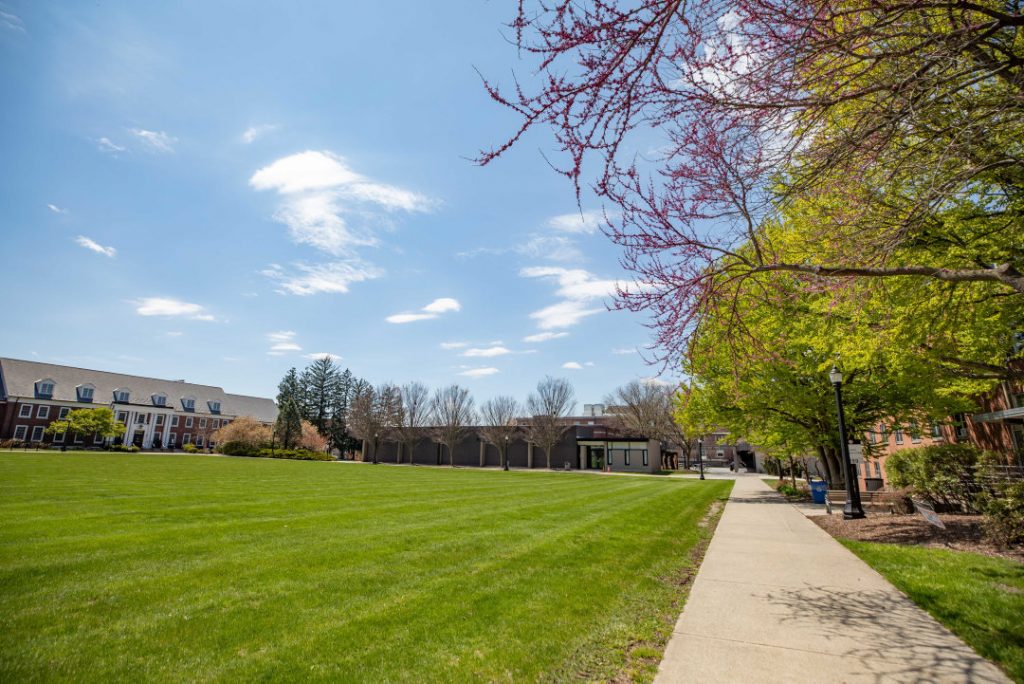 “If we teach about Latinos in everyday life, in everyday history in our country, as part of our curriculum from kindergarten to college, we don’t have that special month,” she said.

She encouraged professors to “incorporate Latinos in every subject that we teach. And by trade, I’m a math teacher, so there’s no excuses that you can’t put it in mathematics, OK?”

Ramos Gomez de Avila also discussed the Black Lives Matter movement, describing a class after George Floyd’s death in which Latino students seemed to view the Black experience as separate from their own.

“Look at your face in the Zoom!” she told students. “Can you not see yourself?

Most of the class was “dark-skinned, or Black, or real brown,” she said. She asked, “Do you really think that people that are not necessarily Latino or Hispanic, they’re going to really recognize that you’re not Black?

Ramos Gomez de Avila encouraged people to have difficult conversations and understand others’ perspectives, adding that her white friends, and her friends who are police officers “get it.”

“But not everybody gets it. Not all the Latinos I know get it. Not all of my friends get it, and I’ve had to work through that,” she said.

In some cases, the friendships are over. In others, she has said, “We’ve got to sit down and talk about it, and it’s work. And it’s work.”

She noted that a large majority of Puerto Ricans described themselves as white on the last census. “It sounds funny, right?”

She checked her father’s birth certificate, and it said white, too, though he was Black.

“So from the 1900s until well into the 50s, Puerto Rican-born people, since they didn’t know where to put them, they made them white, and their birth certificates say white,” Ramos Gomez de Avila said.

She also talked about the meaning of “Hispanic,” a term she hadn’t applied to herself in Puerto Rico.

Before moving away, “I always thought I was Latina, and I definitely knew I was Puerto Rican. But then they told me I was Hispanic, and they told me to check the box.”

What does that mean?

“If you want to check the box, you could be Hispanic too, because nobody checks your birth certificate. Nobody asks you what country you came from. Nobody asks you if you could really speak Spanish or not. It says you have Spanish heritage. You could.”

Because of that, some people find Latino or Latina to be more meaningful, she said. The gender-neutral Latinx is a newer, more inclusive term, used primarily in higher education.