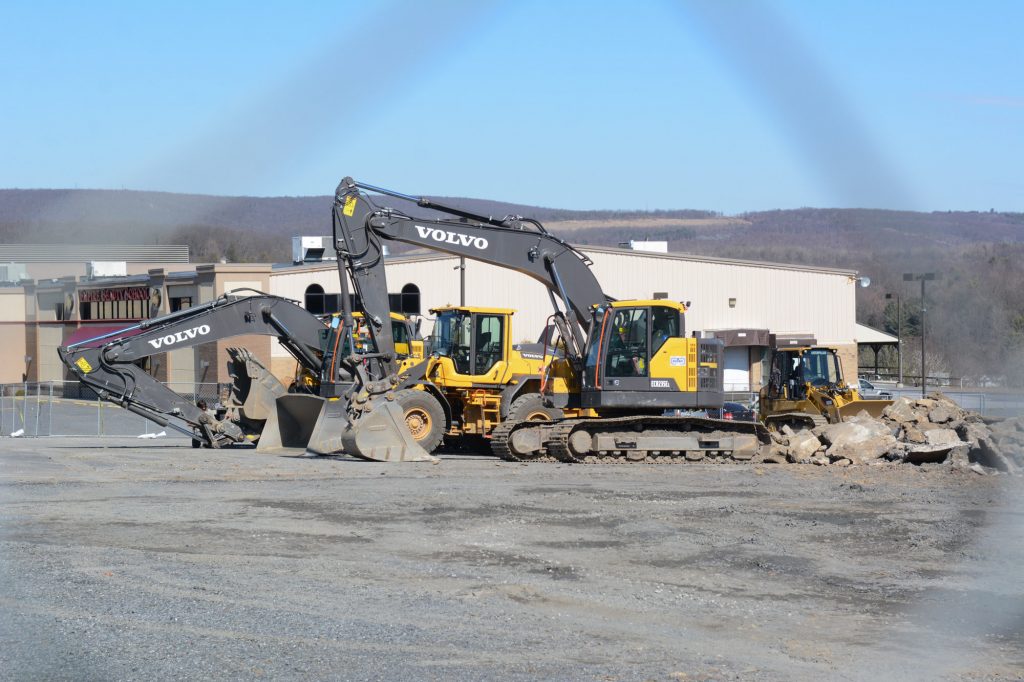 Construction of a new Aldi along Route 61 in East Norwegian Township has started, according to the county planning director.

The plans, submitted to the commission in July 2018 by Aldi Inc., call for a 19,054-square-foot building with 348 parking spaces shared between the new store and the neighboring Empire Beauty School. They were submitted by Schoeneman Realty Co., 396 Pottsville/Saint Clair Highway (Route 61). A time line for when the grocery store will open was not available as of press time.

To build the store, two parcels of land were annexed and the applicant acquired the Empire Way cul-de-sac from East Norwegian Township, Smith said.

The site, located across from Fairlane Village mall, sits on the highway between the beauty school and the former AAMCO Transmissions Auto Care. The Fairlane Motor Inn and a state police barracks previously occupied the site, but it has more recently been used for seasonal tent rentals.

It is surrounded by a chain-link fence with a sign reading “Coming Soon Aldi” hung on the side facing Route 61. Inside the fence are several pieces of construction equipment and piles of gravel.

Based in Germany, Aldi was founded by brothers Karl and Theo Albrecht in 1946 and expanded into the United States in 1976. The store chain is known for its discount prices on groceries and household items.

An Aldi store is currently located along Route 61 in North Manheim Township, a few miles south of Pottsville. It was built in 1995, according to online property record information.