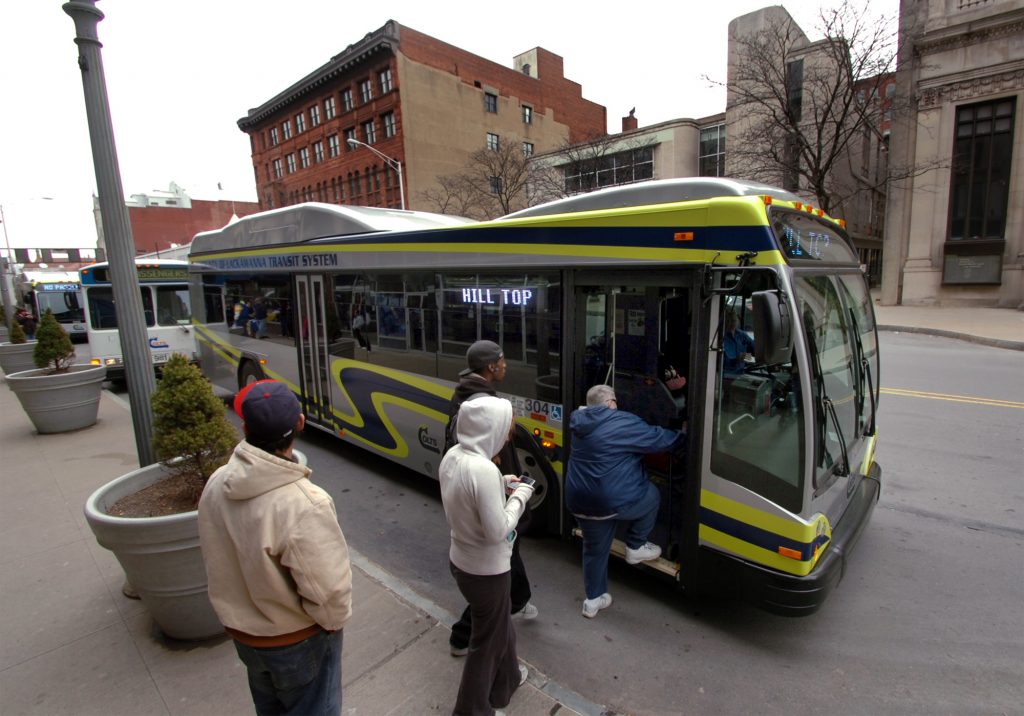 Three drivers tested positive for COVID-19 Wednesday, according to County of Lackawanna Transit System Executive Director Robert Fiume. With other drivers out sick for other reasons and COLTS still in the process of hiring additional drivers, Fiume said the suspension is necessary.

“We’re not going to run Saturday service for a while because of the lack of manpower. And so by not running the Saturday service, it’s going to give us more people during the week to fill in those runs so we don’t miss (them), so we don’t have to change our weekday schedule,” Fiume said during a COLTS board meeting.

Union President David Kaczmarek said Wednesday that COLTS just posted a schedule for vaccinating drivers. Fiume confirmed plans for Medicap Pharmacy in Olyphant to vaccinate drivers Friday and Saturday, but was not sure when the schedule was posted or how many drivers have signed up.

“We were calling around and found a pharmacy to do it,” Fiume said Wednesday evening. “We wanted to get drivers vaccinated ASAP.”

Meanwhile, Fiume does not know when Saturday service will resume. He remains hopeful about hiring a few new people to help ease the shortage.

“We have to play it by ear and just see when, as we have a few new people coming in and the others that are ill come back to work. We’ll see how that plays out,” Fiume said.

“We are actually getting a couple in I think (today) to fill out an application or move over,” he added.

He said the agency has regularly called in drivers on overtime to fill in for previously sick drivers and existing vacancies.

“We’ve been calling them in a lot of overtime during the week now,” Fiume said. “We can’t run them too thinly either. That’s not good for the drivers.”

COLTS altered Saturday bus routes a year ago, but spokeswoman Gretchen Wintermantel said she can’t remember a time without any Saturday service.

“It is temporary,” she said.

He did not dispute the need for the service suspension.

“We’ve (also) had a bunch of people retire that weren’t replaced yet,” he said. “They say they can’t get anybody.”

He suspects COVID-19 might be discouraging people from applying, he said.