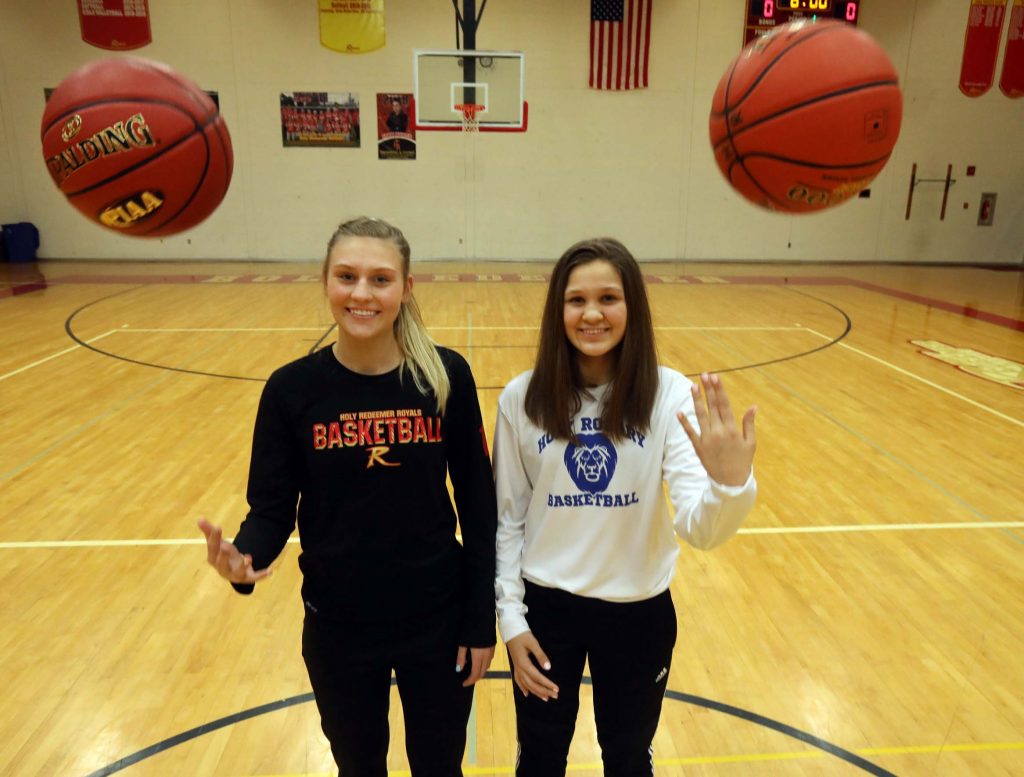 Basketball is the sport of choice in the Yencha household.

Jeff and Tammy Yencha’s daughters are making history on the court and creating scheduling conflicts that give new meaning to March Madness.

One of the most accomplished players to come out of Holy Redeemer, senior Sam Yencha will begin her fourth and final state playoff run Friday against Bloomsburg at Shamokin High School.

“I won’t be able to text because I’ll be coaching,” Jeff said, “but I’ll be asking for updates every chance I get.”

Jeff envisioned himself as a dad who’d sit quietly in the stands; no shouting, no coaching, just supporting.

But as his daughters took a liking to basketball and excelled at it, Jeff was compelled to step in and help.

Jeff, head coach of Holy Rosary’s eighth-grade team, described his Royals as being guard-heavy with one exception, his 5-foot-9 daughter.

Four years ago, Sam’s Wyoming Area Catholic team, coached by Don Cassetori and George Barilla, ran all the way to a state championship.

Just making it out of the Scranton Diocese tournament — where Scranton-based schools like St. Clare/St. Paul and All Saints Academy typically win the title — was an accomplishment.

Sam’s Wyoming Area Catholic and Nicky’s Holy Rosary teams are the only Luzerne County teams to win the Scranton Diocese championship in the last 23 years, according to Holy Rosary fundraising organizers.

While her teammates started to focus on other sports, Sam put everything into basketball.

“I like to win and having a great eighth-year grade made me realize, ‘Oh, I could be good at this sport if I put the time and put work into it,’ ” Sam said. 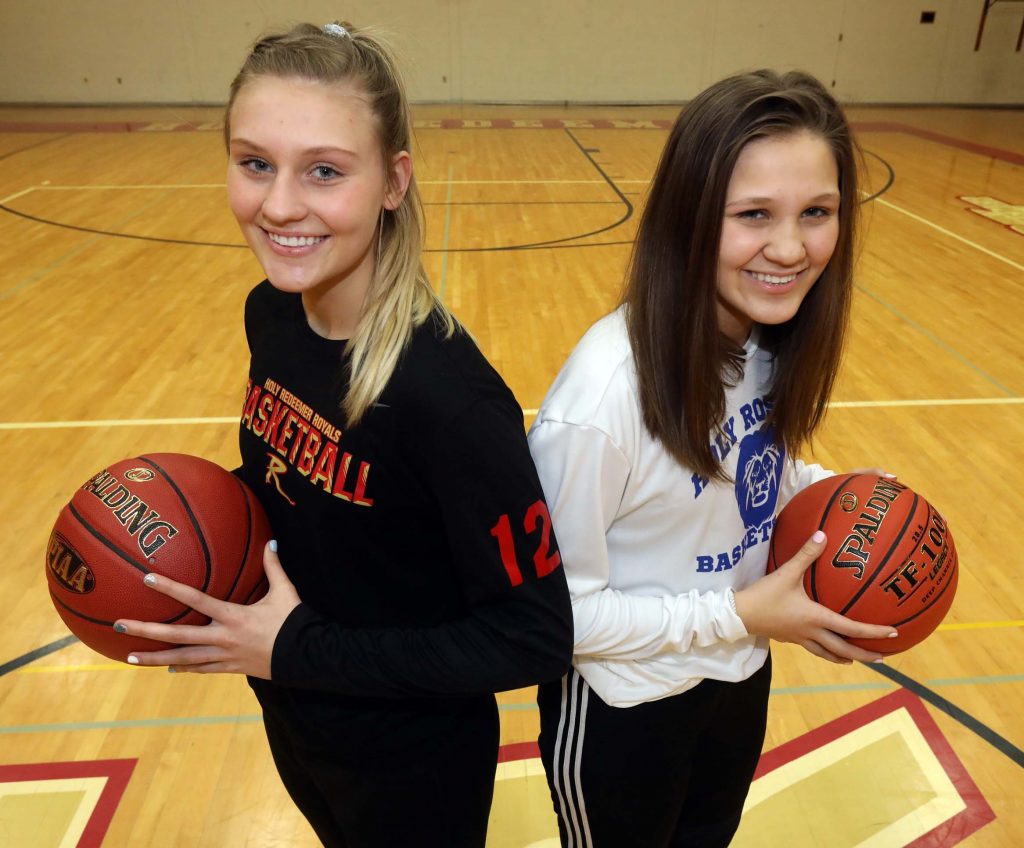 With each postgame interview, Holy Redeemer head coach John Jezorwski searches for new ways to describe his leading scorer: “One of those special kids that you get once in a lifetime coaching. … If there’s a better player in this league, I haven’t seen her. … She does everything you need for your team.”

It’s not uncommon at this time of year for Jeff and Sam to spend a few hours a week at an open gym, showing the work ethic that earned Sam’s reputation as a tireless competitor.

“One of my favorite things to do is to be in the gym one-on-one with Sam,” Jeff said. “We talk about basketball, we shoot, we work on our game, she talks about the game plan for the game coming up. … She knows the game. I talk to her and learn from her and use the stuff with Nicky. It’s been a pretty good thing between the three of us.”

Sam has more than 1,500 points at Redeemer, the most since Class of 2015’s Alexis Lewis graduated with a Wyoming Valley Conference-record 2,393 points.

So, if Nicky wants to reach that next level, who better to help than her big sister?

“I teach her some post moves and I just help her out a little bit,” Sam said. “Sometimes she throws the ball a little hard at the basket or looks a little discombobulated — but I help her out with that.”

Nicky has taken advantage of Sam’s coaching, saying the two trained “a lot” during the summer.

Both sisters scored more than 500 points in middle school.

“She’s a big role model in my life,” Nicky said of Sam. “I look up to her for a lot of things. Her work drive is incredible. She’s intense. I just kind of want to be as good of a basketball player as her.”

When Nicky begins playing high school basketball at Holy Redeemer, Sam will be starting her college career at Division II Jefferson on a full scholarship and she anticipates redshirting her freshman season.

The basketball love shared by the siblings — including older brother Bryce, who won a district title in 2017 with Redeemer’s boys team — is somewhat unusual given Jeff and Tammy favored baseball and softball growing up.

The family gravitated toward basketball, however, in part because of the friendships made in the Scranton Diocese’s youth programs.

“It really becomes a tight-knit group of families that are all following this basketball team,” Jeff said.

That big fanbase for Holy Redeemer and Holy Rosary will pay off Friday, when updates will be flying back-and-forth from Shamokin to Pittsburgh.