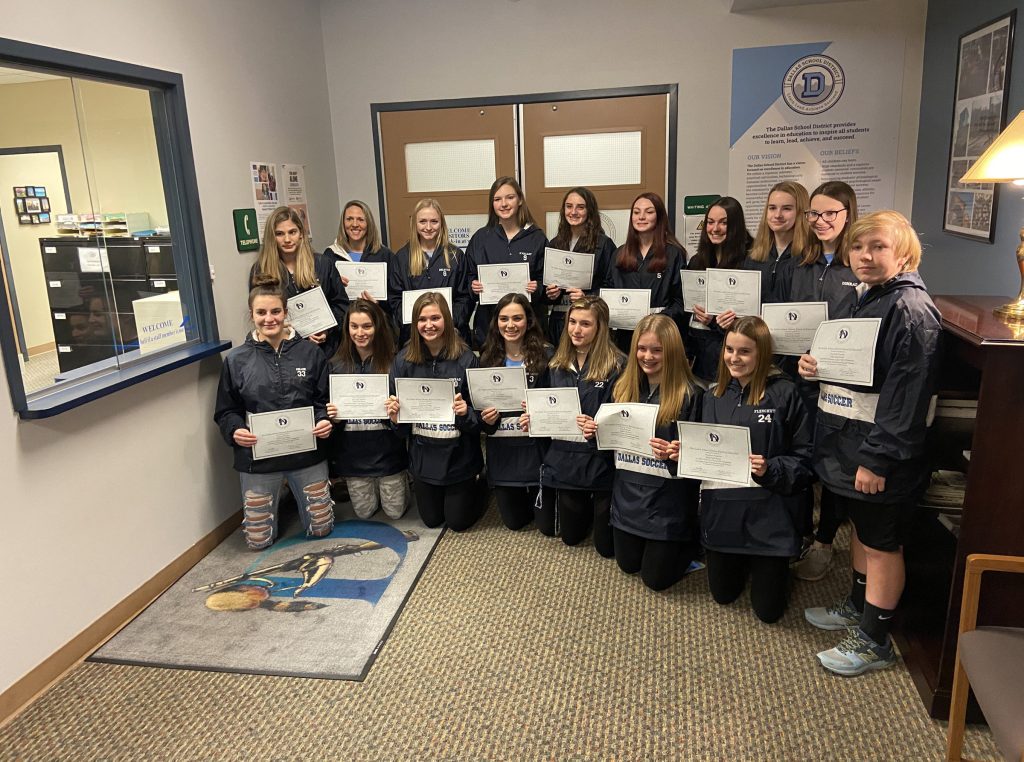 Administrators hosted the school’s football and girls soccer teams, both of which won district championships this past season.

The football team made it all the way to the state championship game before losing to Thomas Jefferson High School.

The soccer team, which won its third consecutive district title, made it to the state quarterfinals, where it lost to Archbishop Ryan.

All the student athletes were given a certificate from the administration.

“Thank you for recognizing the hard work of this team,” said soccer coach Nikki Pekarski.

Football coach Rich Manello saluted his players for “putting this program back where it belongs.”