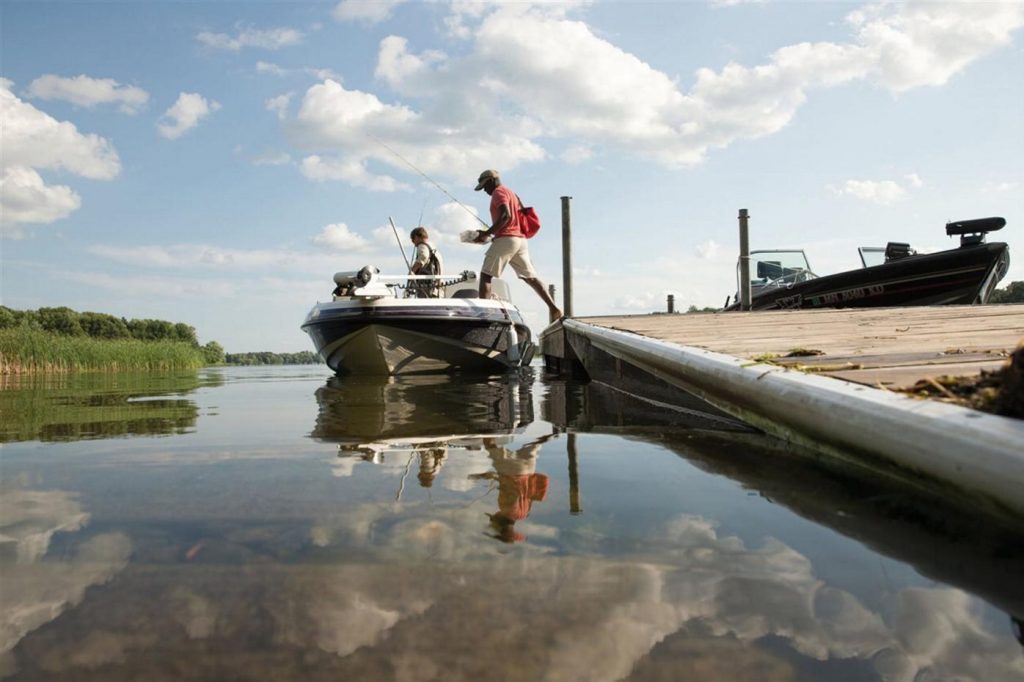 With the arrival of Memorial Day through the early days of summer, anglers looking for respite, solitude, a place to have fun and recharge should consider grabbing their light-action rod and tackle and head out in pursuit of Pennsylvania’s state fish — the native brook trout.

Brook trout are actually char and are closely related to the Arctic char, the Dolly Varden and lake trout. In fact, an Arctic char has the appearance of a giant brookie.

Then there’s the taste test: Char and brook trout taste very much alike and represent some of the best fish to eat. Finding native brookies for the frying pan results in having firm, pink flesh to enjoy — as they are several steps up from stocked trout for sure.

In the old days one had to pour over topographical maps and maybe integrate Professor Higbee’s Stream and Lake Map into your research. While the map took more than 30 years to create and is still highly valuable, today it’s simpler to just grab your laptop and go to the Pennsylvania Fish and Boat Commission’s website, www.fishandboat.com, and access the interactive “Trout Streams” map.

Pay attention to the streams classified as Class A, Wilderness and Natural Reproduction, as these types of streams have native trout, or at least reproducing trout. If you want to limit your search to strictly wild trout, look at the Class A streams that “support a population of wild trout of size/abundance to support a long-term and rewarding sport fishery.”

For a stream to qualify as a Class A brook trout stream in Pennsylvania, at least 75 percent of the total trout biomass in the stream must be brook trout, with a minimum of 26.7 pounds of brook trout per stream acre. While many streams supporting brookies are not Class A, they may still hold enough native brookies to be worth pursuing, and the “Trout Streams” map not only identifies the types of streams, but it also gives their location and shows where State Game Lands and State Forests are located.

Most of the streams supporting native brookies are found on these tracts of public ground, and it makes accessing the streams easy. If finding a Class A stream located in mountainous terrain, most likely the stream holds native brook trout.

Many of the streams in the northeast part of the state have some mine drainage impacting them, and while brookies will tolerate relatively acidic water, they will not tolerate water temperatures much above 65 degrees. These types of streams are usually quite picturesque and are oft-times lined by large hemlocks and white pines — which help to keep the stream temperature down — and are perhaps dotted with mountain laurel and fiddle-head fern.

While being hard-pressed to find a nicer place to fish, be prepared to walk to get to a good spot. Many of the smaller streams have roads along them, as the small streams are what formed the valleys and the roads take advantage in the otherwise mountainous terrain.

Streams with roadside access will be fished harder, so consider walking to the headwaters, where fewer people go, for both solitude as well as better fishing. Stories exist mentioning the immense size and quantity of the brookies here back when the commonwealth was first settled.

Those days are long gone, and while the current state record is 7 pounds, that was a breeder fish from one of the Pennsylvania Fish and Boat Commission hatcheries. Native brookies generally grow slower, with many smaller streams actually having a stunted variety of brookies as inhabitants, which is the result of generations of fish living in an environment with very limited food resources.

These fish may only grow an inch or so a year, which means that just for the fish to be legal to keep it may be almost 7 years old. Catching a 12-inch native brookie on most streams represents a real trophy.

Because of the limited food available on most streams, brookies are usually voracious feeders and will strike at most anything you use, whether natural or artificial. Traditionalists may opt for red worms or night crawlers, while others find success using spinners or plastics.

While it may occasionally be difficult to fly fish on these small streams because of all of the overhead obstructions, many anglers still find this particular pursuit to be a real passion. And a number of books have been written about the aesthetics and qualities of fly fishing Pennsylvania’s small native trout streams.

To reduce damage to caught trout, try using a small barbless hook, maybe a No. 14, which is both adequate for the task, as well as being easier on the fish. Expect to catch as many as 50 fish that are undersized if seeking a five-fish limit.

This is a case in which quantity works to help provide for the quality of the experience. Then again, the beauty on these streams makes them worth the time to fish even if the bite is slow.

Fishing for native brook trout is its own satisfaction, and there’s nothing more enjoyable than a day spent on one of the state’s small mountain streams.

Faux is a member of the Pennsylvania Outdoor Writers Association. Contact the writer: outdoors@republicanherald.com