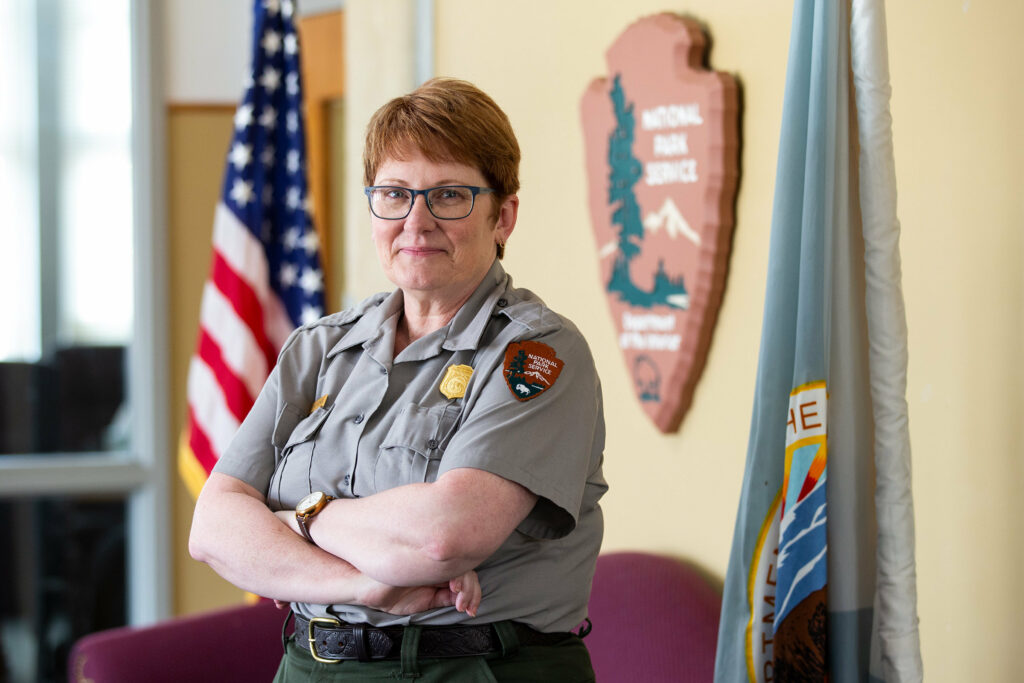 When Cherie Shepherd visited Steamtown National Historic Site for the first time in April, she knew instantly it would be a good match.

“I walked into the middle of the turntable and the roundhouse and just fell in love with the park,” Shepherd said. “I love the uniqueness here.”

Shepherd, 54, jumped into her new job as Steamtown’s superintendent late last month after the National Park Service selected her in May to oversee the historic site in downtown Scranton.

Shepherd, who joined the park service a decade ago after working as a structural engineer in the private sector, said she is a self-proclaimed geek and was “like a kid in a candy store” when she took her first tour of the Steamtown maintenance shop.

“Anything that’s mechanical, engineering, buildings — I love anything like that, so this is a great place to learn,” she said. “I love learning something new all the time.”

Shepherd comes to Steamtown from Washington, D.C., where she served as the regional chief of facility management for the NPS National Capital Region since 2016. In that role, she oversaw cyclic repair and rehabilitation needs and provided project, facility and maintenance support of parks in and around Washington.

Before that, she was a project manager in the design and construction division of the Denver Service Center, where she worked with many parks, especially in the East.

Vietzke singled out the new superintendent’s background in facility management, construction and engineering.

It’s an area of expertise that Shepherd believes will be helpful in chipping away at the maintenance backlog involving both facilities and rolling stock at Steamtown, which is one of her priorities.

“We need to reduce the deferred maintenance and start bringing some of this stuff back and saving it,” Shepherd said. “We don’t want it to sit there and rust. We want to save this so it can be here for many, many generations.”

She acknowledged that a park like Steamtown comes with its own set of challenges, some of them tied to the site’s unique characteristics. The park is an active rail yard with moving trains “and that is always going to be a challenge,” she said.

Following up on one of Conway’s initiatives, Shepherd said she will work to get another steam locomotive restored and running.

The site now has just one working steam engine — Baldwin Locomotive Works 26 — while work is underway on a second — Boston & Maine Railroad 3713.

Steamtown can’t make everything operational, but it can preserve and interpret even things that don’t operate, Shepherd said.

“We can interpret it properly to the visitors,” she said. “To me, it’s all about the visitors and the experience that they have.”

In the meantime, she is learning her way around the park and meeting with the staff and volunteers.

“They are being patient with me as I learn all the different rolling stock and which one is which and all the numbers and so forth,” Shepherd said. “I’m excited about walking around and watching what they do and seeing how I can help them do it better and easier.”