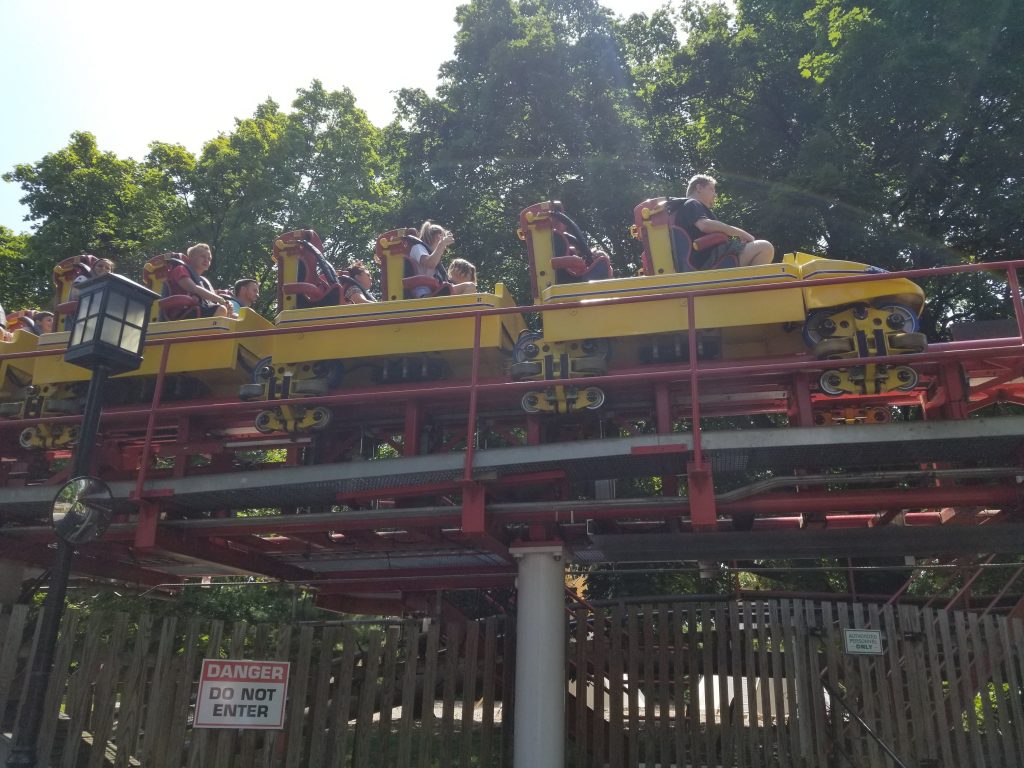 As much as the coronavirus pandemic has forced everyone to isolate at home and, if necessary, out in public, I’ve been surprisingly undeterred by the extra free time spent doing little other than sit on my couch.

However, I’ll admit this weekend is a bit of a downer.

On Saturday, I was supposed to make the drive south on interstate 81 to Derry Twp. for Hersheypark’s opening weekend. I’m a first-time season pass holder and wanted to make the most of my financial investment, after all.

Those familiar with my hockey coverage or movie takes probably don’t realize that I’m a complete nerd when to comes to theme parks and the amusement industry as a whole. I have been since I was a kid, when I would scour books and force my parents to record the latest Travel Channel show about all the parks and rides I would someday get to experience. I even named my cat after the three Morey’s Piers that line the beaches in Wildwood, New Jersey.

Some people dream of visiting a European country or some secluded tropical beach. I dreamed of going to Sandusky, Ohio to spend a few days at Cedar Point, which finally happened last year and was everything I thought it would be. Frankly, the trip rekindled my passion for the sights, sounds and tastes of the industry.

One of the perks of living in Northeast Pennsylvania is that we’re within 2.5 hours of three world-class amusement parks — Hersheypark, Knoebels and Six Flags Great Adventure — and a fourth upper-tier one in Allentown’s Dorney Park. Then there are the family parks like Lancaster’s Dutch Wonderland and Sesame Place in Langhorne that are great for what they are.

The coronavirus has already had a large impact on the industry, with many parks and resorts — including Walt Disney World — shutting their doors for the foreseeable future. A built-from-scratch LEGOLAND park and hotel were supposed to open in July in nearby Goshen, New York, but the date has already been pushed back to 2021.

Obviously, public safety is the primary concern and the pandemic must be under control before any parks decide to reopen their doors. However, this was set to be a huge year not just for me and all the other thrill-seekers out there, but for a few of the fun centers in our area. Here are the two other projects that stand out and, hopefully, will open during a reasonable part of the summer.

I’ve been to Hersheypark and Hershey’s Chocolate World so many times, the layout of the entrance hub connecting the two attractions and the front-gate area of the park are ingrained in my brain. This summer, however, they’re going to look completely different.

In 2018, a $150 million makeover of the entrance area and front section of the park was announced. Since then, details of the many attractions it will entail have been revealed and under construction, including The Chocolatier restaurant, an ice creamery, a virtual-reality simulator and, the main draw, a 210-foot tall roller coaster called Candymonium (I see what you did there, Hershey). The latter, which will be the tallest and fastest in the park, is eagerly awaited by many coaster enthusiasts.

Seeing all that Hersheypark has to offer in one day was already almost impossible except on a quiet midweek day. This new section will truly make it a multiday experience, and it’s the primary reason I ponied up for a season pass. With a couple rides on the roller coaster, a meal at the restaurant and a look around at everything else that will be there, you can easily occupy a couple hours.

I’m excited for both Candymonium and the restaurant, which should add a must-pick dining option the park was missing amid its plethora of fast food stands.

If you haven’t been on a roller coaster in a while, you might be surprised to learn they no longer require two rails.

Rocky Mountain Construction, a manufacturing company in Idaho, has been the darling of the amusement industry over the last decade, churning out a number of critically-acclaimed rides with its I-Box and Topper track. They allow old wooden coasters that have gone from charmingly rough to headache-inducing to be converted into smooth, airtime-filled attractions that become instant marquee draws for their respective parks.

The company’s other major development has been its single-rail Raptor coasters, which first debuted at California’s Great America and Six Flags Fiesta Texas, and Great Adventure is going bigger and better with Jersey Devil.

In a park that already has El Toro, consistently ranked among the top three wooden coasters in the world, and Kingda Ka, still the tallest coaster in the world, Jersey Devil will add a totally new experience. Single-rail coasters, although not as tall or long as other rides, allow for rapid transitions, relentless pacing and, most importantly, lots of airtime. They also feature individual seats instead of the typical two- or four-across trains of other coasters. Jersey Devil will climb roughly 13 stories and take riders through two inversions, or upside-down moments.

Check out this on-ride video of Great America’s Railblazer from CoasterForce to get a sense of the ride experience.

The ride was already scheduled to open a little later in the summer, so we’ll have to see if the pandemic alters those plans in any way.