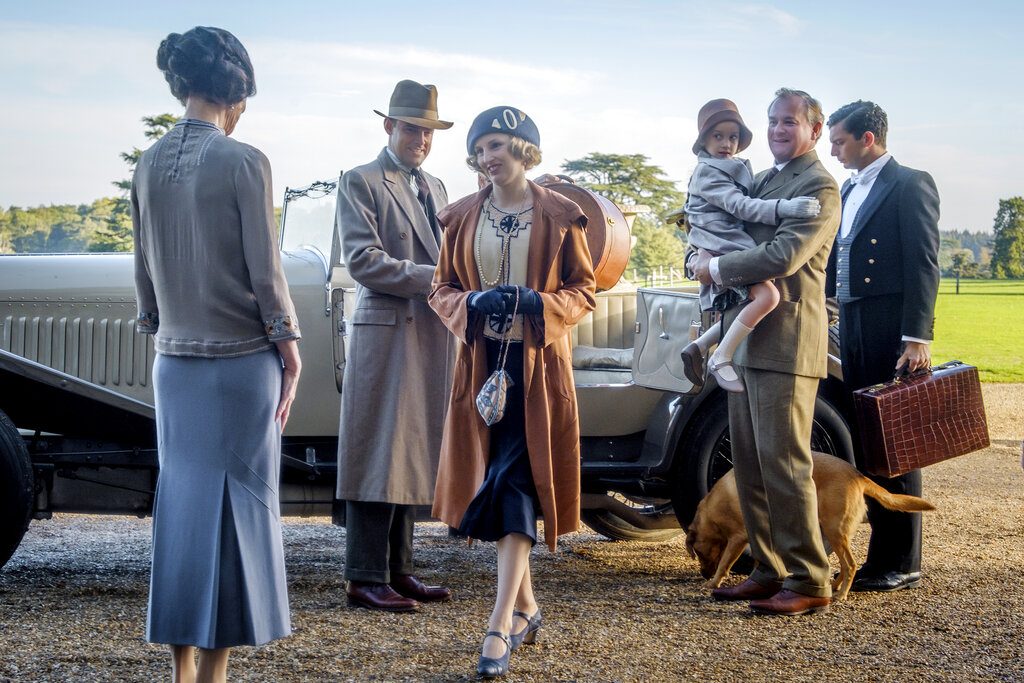 The tea is poured, the linens are pressed and the drawing room is ready. Almost four years since the beloved British TV series “Downton Abbey” wrapped up the saga of the aristocratic Crawley family, the delightful film of the same name gladly welcomes back viewers as if they’ve never left its grand estate. Reuniting most of the original cast, “Downton Abbey” plays just like an episode of the TV series, continuing where the show left off.

For six seasons, “Downton Abbey” transported fans to the British countryside in the early 20th century. The series gave viewers an inside look into the lives, loves and losses of the wealthy Crawleys and their loyal servants as they lived through historic events, such as the Titanic disaster and World War I, and the decline of English aristocracy. Fans came to love the witty zingers of the family’s matriarch, Lady Violet, the Dowager Countess of Grantham, played to perfection by Dame Maggie Smith.

Set in 1927, about a year after the series ended, the film centers around a major event at Downton Abbey to bring back its sprawling cast of characters. King George (Simon Jones) and Queen Mary (Geraldine James) are set to visit the estate, delighting owner Robert Crawley, the Earl of Grantham (Hugh Bonneville), and his wife Cora (Elizabeth McGovern). Their daughter, Lady Mary (Michelle Dockery) is overseeing preparations for the visit, with help from her sister Lady Edith (Laura Carmichael) and their brother-in-law Tom Branson (Allen Leech), an anti-royalist who supports the Irish nationalist cause.

But the royal visit comes rife with conflict. The Crawleys’ estranged cousin, Lady Bagshaw (Imelda Staunton), is among the royal party. This concerns Lady Violet because Lady Bagshaw has refused to name Lord Grantham as her heir, causing a family rift. Lady Violet is wary of Lady Bagshaw’s devoted maid, Lucy (Tuppence Middleton), who is poised to receive the inheritance. Meanwhile, a strange man is following Tom around.

The royal family will also be bringing their own entourage of servants, which doesn’t go over well with the Downton Abbey wait staff. With Mr. Carson (Jim Carter) called back into service as butler, the estate’s staff – led by the stubborn Mrs. Hughes (Phyllis Logan) and the determined Mrs. Bates (Joanne Frogatt) – must face off against the royal family’s arrogant servants.

As the royals prepare to converge upon Downton Abbey, the stage is set for family secrets, secret plots, romance and a royal visit to remember.

Under the pen of returning showrunner Julian Fellowes, “Downton Abbey” is a love letter to the series’ fans. The film lives up to the high bar of production design, storytelling and character development that its fans expect from the TV series. The movie doesn’t go too big for big’s sake. 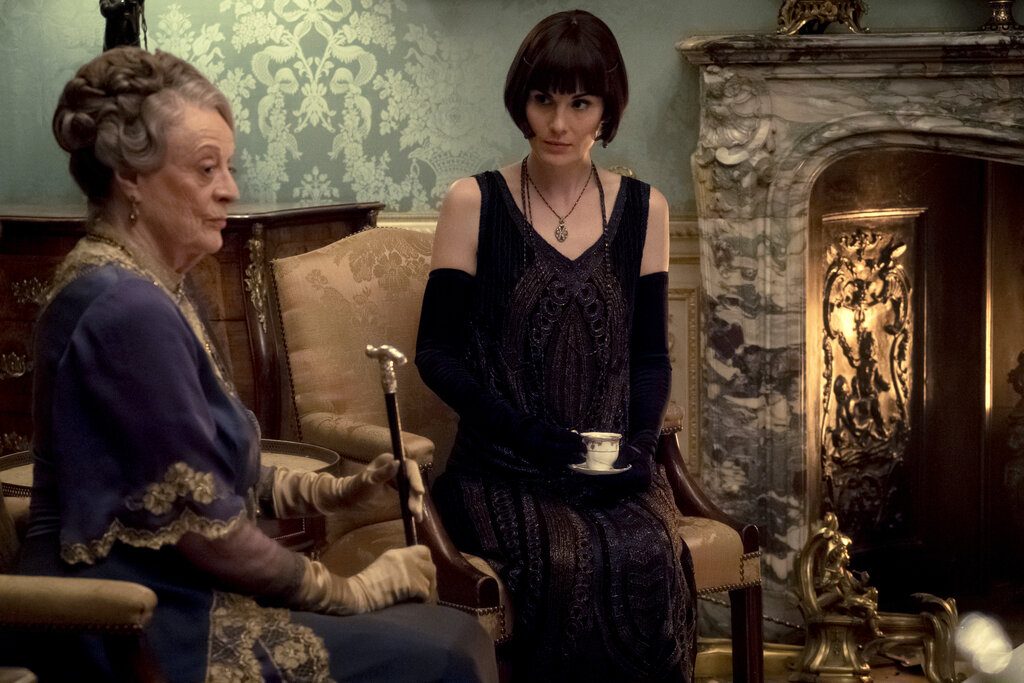 The film’s attention to 1920s period detail is exquisite. Returning to the lavish rooms and hallways of Downton is a real treat. The silverware is polished and the table linens are starched white as the Crawleys and their guests sit down to their trademark dinners. The women appear fashionable, with short and sleek hairstyles, beaded dresses and ornate hats of the era, while the men look dashing in their black tuxedos and crisp white collars. Seeing Lady Mary talk to her trusted maid, Mrs. Bates, brings a smile to one’s face.

The show’s actors seamlessly and wonderfully step back into their roles as if no time has passed. Fans love Lady Violent’s wry back-and-forth with cousin Isobel (a wonderful Penelope Wilton), and the script more than delivers with their spirited conversations. Smith is an international treasure.

The film marks a natural progression for the show’s characters since the last time viewers saw them. A pensive Lady Mary considers the future of the estate, while the finally happy Lady Edith marks a milestone in her marriage. Tom finds adventure and romance, giving Leech’s fan-favorite character a well-deserved storyline. 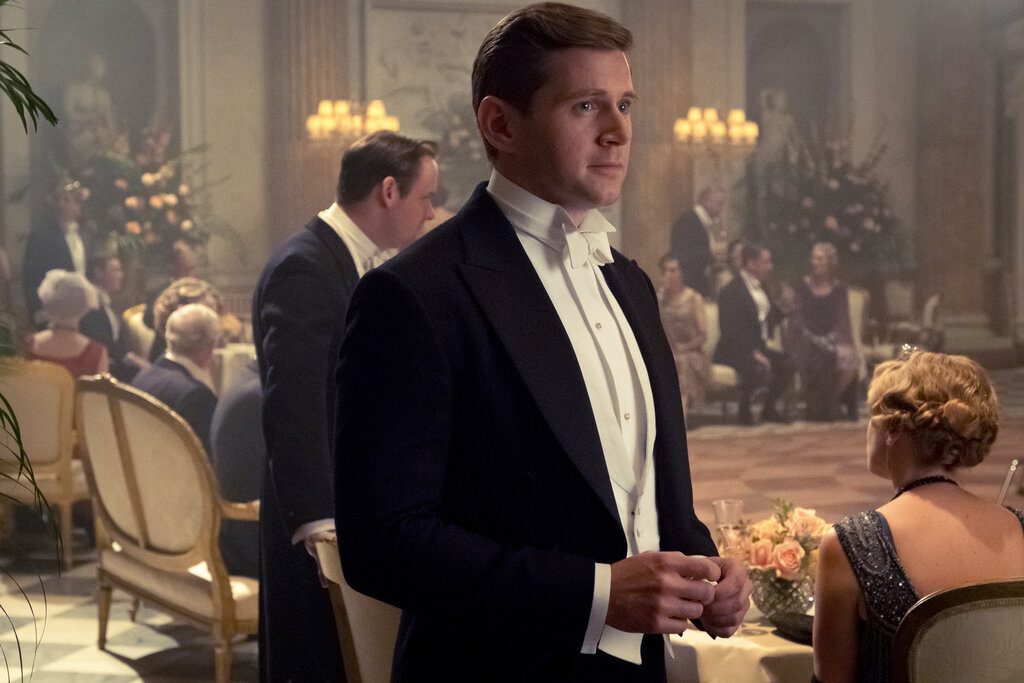 The servants also get their fair share of screen time. The Crawley family’s butler, Thomas Barrow (Robert James-Collier), has struggled with his homosexuality throughout the series. Continuing his character’s journey, Thomas makes a connection with a member of the royal family’s staff. The entertaining and humorous showdown between the Downton Abbey staff and the royal servants is satisfying to watch, giving Carter, Hughes, Frogatt and Lesley Nicol, as high-strung chef Mrs. Patmore, a chance to shine.

Most of the new characters to “Downton Abbey” are welcome additions to the canvas. Playing Lady Bagshaw close to the vest, Staunton brings a fresh dimension to the dynamics of the Crawley family. Middleton is sweet and likable as Lucy, who finds a kindred spirit among the family.

While “Downton Abbey” deftly balances several interweaving storylines, one that falls flat is the failing marriage of Princess Mary (Kate Phillips), who comes to Downton as part of the royal visit. Audiences don’t know enough about the character to become invested in the state of her marriage. And one character from the show who is sorely missed is cousin Rose (Lily James), who is neither seen nor mentioned throughout the film.

As charming as ever, “Downton Abbey” serves up a wonderful continuation of the series that its fans are sure to enjoy. Here’s hoping this isn’t the last time we see the Crawleys on the big screen.