Four ways to prepare for the runtime of “Avengers: Endgame”

This Thursday evening, cineplexes will fill their theaters with multiple screenings of “Avengers: Endgame.” At just over three hours long, the final chapter involving Marvel’s heroic collective will force movie fans to stay still for an eighth of a day without intermission. How are we to survive? Go without a large popcorn and soda so that you don’t have bathroom breaks? Not doze off right before a pivotal moment? We at Take 2 have you covered. We’re offering four ways that will help you watch the Avengers take on Thanos and still have a great day at the movies. 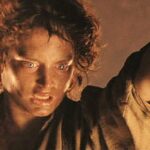 “Lord of the Rings: Return of the King” 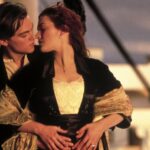 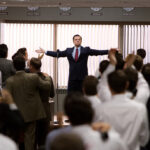 “The Wolf of Wall Street” 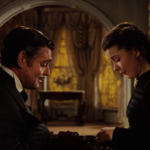 “Gone With the Wind”

If you have never seen a three-hour movie, now is the time to do so. Some of the best films ever made are more than 180 minutes and have won a ton of Academy Awards, including “Lawrence of Arabia” and “Gone With the Wind.” Many, like “Titanic” and “The Wolf of Wall Street,” do not have intermissions. This is a small test of endurance, so try not to hit “pause” while you are watching these at home. Also, keep the cellphone and tablet away so that you can concentrate on what you’re watching. If you have snacks or need to go to the bathroom, keep a notebook and pen nearby to see how many times you wander away from the screen. That will give you an idea of what your viewing habits are.

If your bladder influences your time at the movies, there’s a helpful app just for you. Run Pee is an app that sends a buzz to your phone when it is OK to go to the bathroom and not miss an important part of the movie. The app supplies spoiler-free “cues” that alerts the user what line will be said before a spot on unimportant action happens. It also mentions if there are mid-credit and end-credit scenes, which is almost a given with any Marvel movie. Admittedly, Dan Gardner, the creator of Run Pee, says that “Endgame” will be a difficult movie to prepare for the app, and the team will watch the movie multiple times before posting to the app. Anyone hoping to watch it Thursday night may not have the app as a reference.

3) Have an at-home movie marathon.

Ryan Chattaway is a cinephile and vlogger on YouTube who sets up an annual 24-hour movie marathon challenge. The set-up is to spend 24 hours or multiple marathons up to 24 hours of watching movies. It sounds easy, but it is quite a challenge as Chattaway has set up guidelines for viewers. The rules, eight in all for 2019, always include one that is at least 170 minutes long. If you want “Endgame” to be a part of the challenge, it can be that longest film. You can watch “Endgame” and another movie after that, and you will be nearly a quarter or more of the way through the challenge.

While there is a fair amount of three-hour Hollywood movies, many lack ongoing humor, music and action sequences. Too many are historical dramas or epic tales. But nothing compares to the length of an average Bollywood flick. Three hours watching a screen is common, and streaming services like Netflix make it easy to catch one. 2001’s “Lagaan,” for example, is nearly four hours long set in 1890s India involving a cricket match. If that’s not your type, try 2004’s “Swades” about a NASA worker who returns to India to find the nanny who raised him.

Will Smith in “Aladdin”

With “Endgame” being pushed as the biggest cinematic event of the year, expect more trailers than usual before the movie. Local Cinemark and Regal franchises average about 25 minutes of previews and R/C Wilkes-Barre Movies 14 shows about 15 minutes. Expect these numbers to go up, particularly since Marvel is a part of Disney and Disney just acquired Fox. We will most likely see trailers for “Star Wars: Rise of Skywalker,” “The Lion King,” “Aladdin,” “X-Men: Dark Phoenix,” “Toy Story 4,” “Spider-Man: Far From Home” and “The New Mutants,” and possibly “Maleficent: Mistress of Evil,” “Ad Astra” and “Spies in Disguise.”

You may find yourself in the theater for four hours to see “Endgame.” If you can’t handle that, perhaps wait for it to arrive on home video.