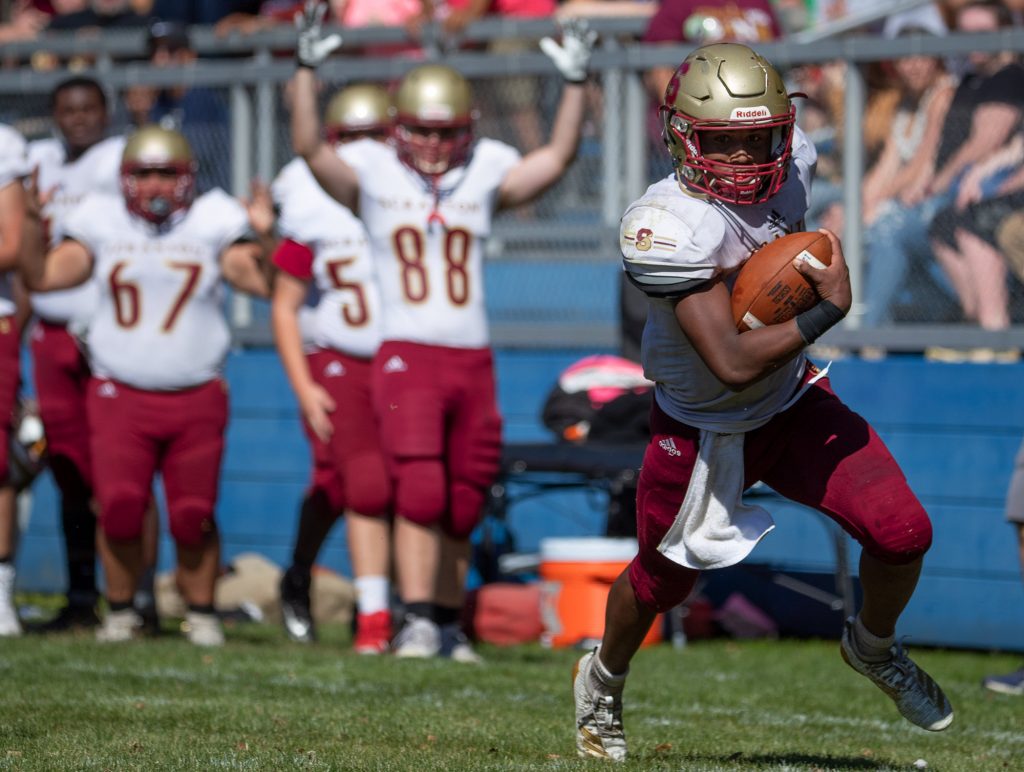 Athletic directors from the Lackawanna League met Wednesday at PNC Field to address upcoming schedules, including the next cycle for football.

It will be voted on by Lackawanna Interscholastic Athletic Association principals at the Jan. 29 meeting. Wyoming Valley Conference officials will vote on it Jan. 30.

The Times-Tribune and The Citizens’ Voice obtained copies of the proposal.

The LIAA already approved the alignment of the Lackawanna Football Conference. It remained the same through the next cycle despite some schools changing classifications based on their male enrollment in grades 9 through 11.

With the return of Holy Cross, the conference is made up of four divisions of five teams. Teams play four division games to determine a champion.

Division II is made up of Valley View, Scranton Prep, West Scranton, Western Wayne and Honesdale.

Once again, the proposal includes crossover games between the LFC and the WVC.

Also in the proposal, are three games against Class 2A state champion Southern Columbia, which won its appeal to remain Class 2A in the PIAA on Wednesday.

The Tigers entered into a two-year agreement with Berwick last spring, and will kick off the season with the Bulldogs. Wyoming Area, in Week 4 and Dunmore, in Week 9, are the other two teams tentatively set to play the Tigers. Southern Columbia is also scheduled to scrimmage Valley View on Aug. 22.

Last season, Southern Columbia captured its third straight Class 2A state crown and, led by a cast of NCAA Division I recruits, outscored opponents, 888-82. Included in those games was a 42-0 win over PIAA Class 3A champion Wyoming Area.

Other interesting proposed matchups include: