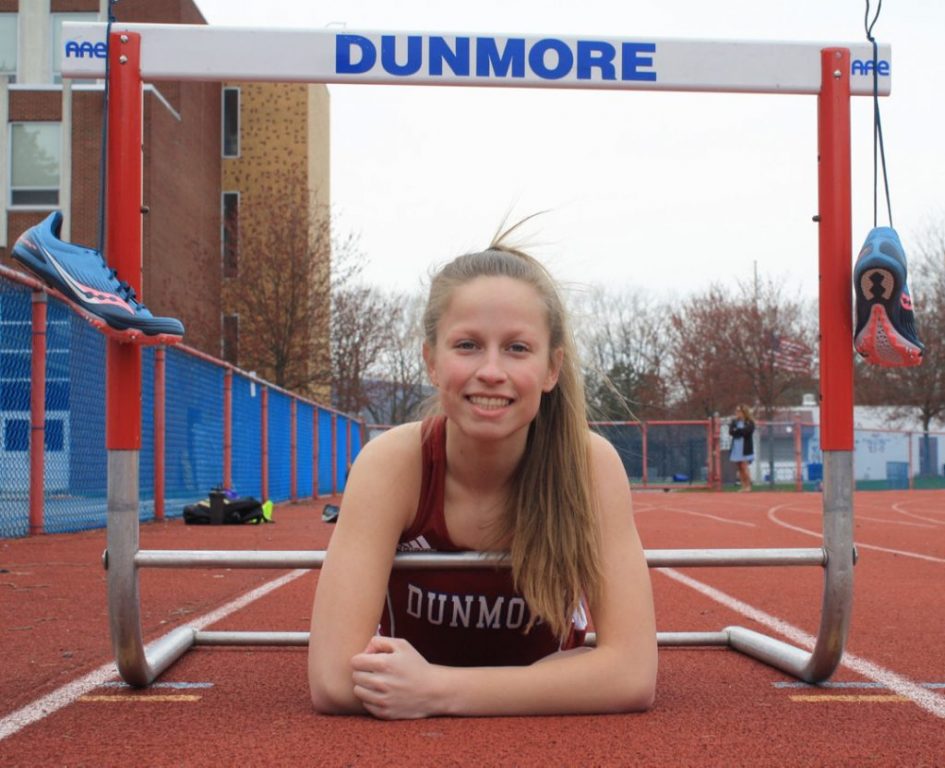 Jillian DeSando looked forward to her final season as a member of the Dunmore track and field team.

The sport is an important part of her family life.

Michael DeSando, her father, is the boys head coach, a former standout hurdler and graduate of Dunmore. Her mom, Lori, excelled in the hurdles at North Pocono. Her brother, Colby, is a pole vaulter for the Bucks. Her sister, Emma, is a soon-to-be member of the junior high Lady Bucks.

This senior season, and the Parents’ Day at the final home dual meet, meant a great deal to Jillian.

However, once spring sports were canceled because of the coronavirus pandemic, the multi-sport athlete saw her track and field career draw to a close without any closure.

With the support of her family at home and friends online, however, DeSando is coping and looking forward to a bright future as an engineering student in the fall at the University of Pittsburgh.

“I think being in a track family definitely brought us closer,” DeSando said. “That is an experience most people don’t get to have and I am so glad that I had the opportunity to see my dad every day in school and at practice.

“It’s not like a lot people think it is. It’s really a lot of fun and I am so thankful for these years.” 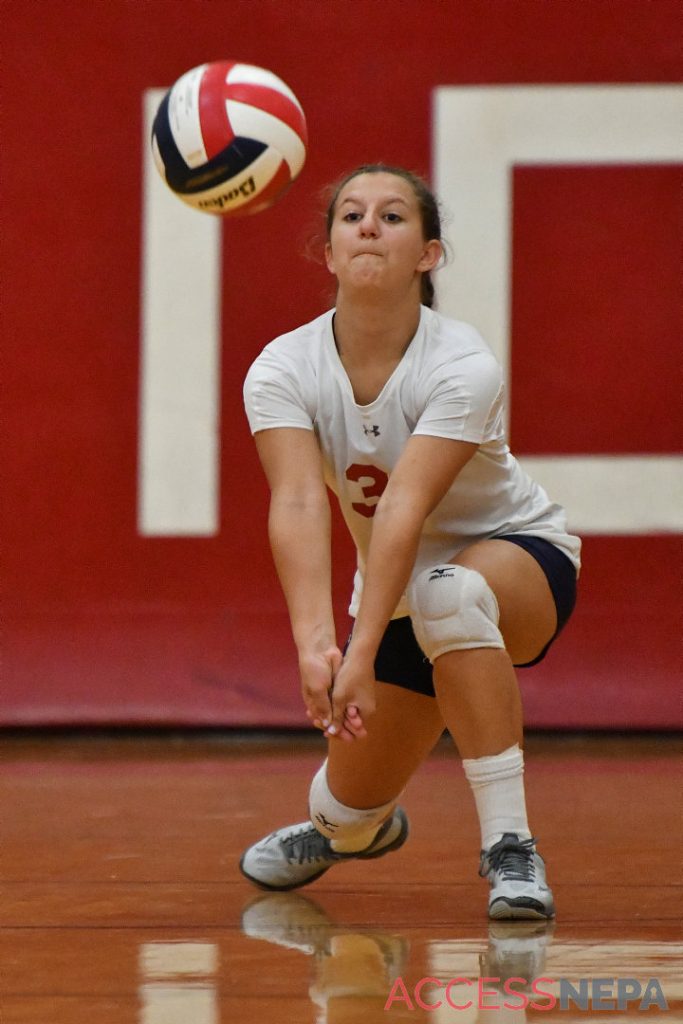 DeSando was always interested in sports and had a background in gymnastics before joining the volleyball team and the cheerleading squad. Later in high school, she also competed for the Dunmore swim team.

She gravitated to track and field.

“I was always interested in doing different sports,” DeSando said. “Because of gymnastics, I always wanted to try track. And it just made sense. With my dad as a coach, that had an impact on me joining, too.”

Spending time with his children made being a track coach more special for Michael.

He called upon his experiences as a football and track athlete at Dunmore to shape his calm approach that has served him well for more than two decades and earned him Coach of the Year in 2002.

“Most of your memories are about competing with your friends, the big meets and going to districts,” Michael said. “I remember seeing the guys from Wilkes-Barre, the Ismails (Raghib and Qadry) and competing against them. We got to see some legends. But the most important thing about track for me is the friendships you develop.

“That’s what I preach to my athletes. Form those memories.”

As the coach, Michael sought advice even before his son started to compete as a member of the boys team.

“It’s one of those bitter-sweet experiences,” Michael said. “When my kids were getting started in sports, I reached out to some of my mentors and asked what to do when coaching your own children? They all told me, you try not to bring practice or the meets home with you. And when they are succeeding and trying new things and working hard, you get the joy of being a parent and the joy of helping them achieve their goals.”

The father-daughter bond strengthened and that fueled DeSando in her pursuit to contribute to the Lady Bucks’ success. She had a coach she could count on for advice with her events and a dad who could help her conquer the tough times in training.

“We would still talk about track at home,” DeSando said. “But, it wouldn’t be from a coaching perspective. It would be more from the parent perspective and he would make me feel good and also very proud.”

Last spring, Colby competed in the pole vault and cleared a height of 9-0 at the Robert Spagna Championship meet.

Jillian tried the pole vault, too. However, she also excelled at the jumps and focused on those events after a win at the Mid Valley Junior High Invitational with her teammate Katherine Hopkins.

As a sophomore she posted a personal-best distance of 15 feet, 1½ inches in the long jump and had a triple jump of 32-3½. But after a season with the swim team that helped with conditioning, DeSando had a strong junior year where she had a personal-best mark of 32-11½ in the triple jump and 6-6 in the pole vault.

DeSando also teamed with Mia Chiaro, Grace Amico and Abby Springer to finish sixth in the 400-meter relay at the District 2 Class 2A meet.

All four returned for this season.

That gave her several goals for this spring, which included aiming for a Lackawanna Track Conference Division III title and a top-two finish in her events at the district meet which would secure a trip to Shippensburg University and the state championships.

“Our team was looking at having a great season,” DeSando said. “We made a big impact last year and we really grew together and became much closer. We all wanted to potentially win the league. It was nice being a part of a group like that. I was proud of how I did as a junior, then there is that extra motivation at the end. The thought was that next year, I could do even better.

“I was very determined. I wanted to win every meet in the jumps. I was working hard on the weekends, I was putting in the extra time. I really wanted to do a lot better this year.” 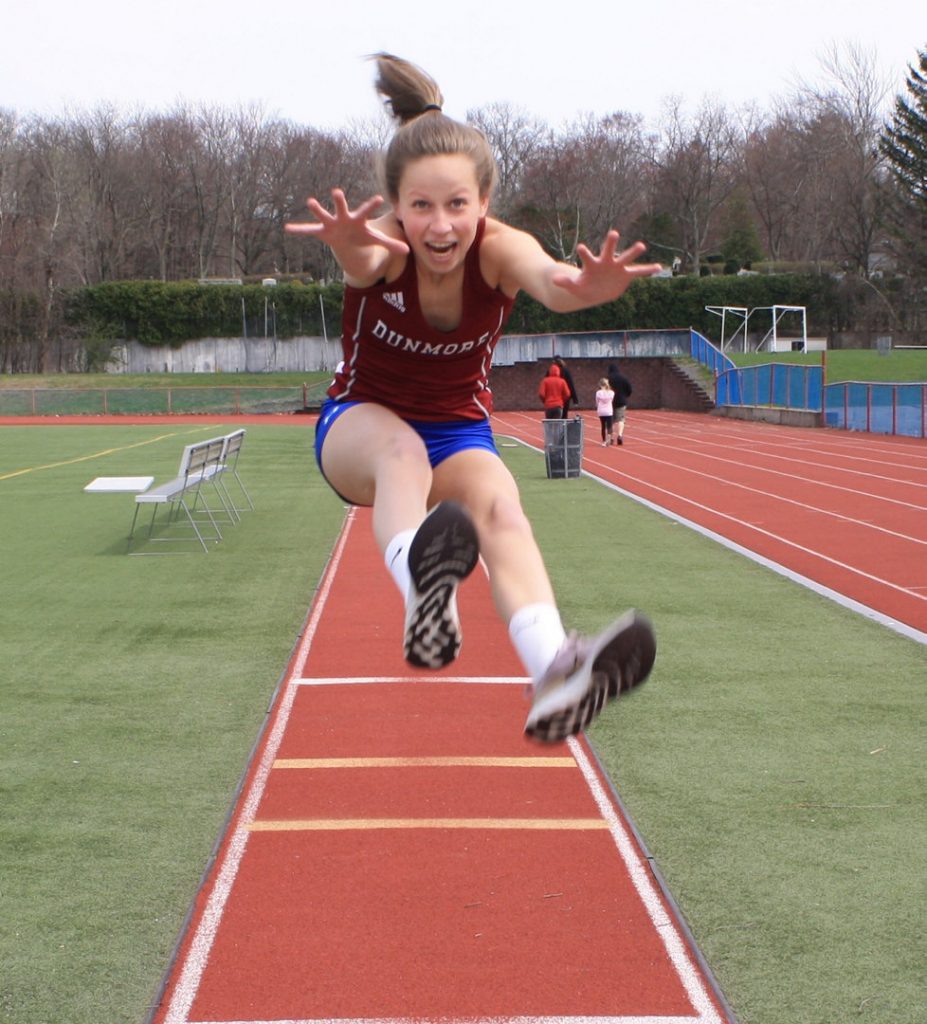 Preseason workouts were off and running before the coronavirus halted things in mid-March.

As the days passed, Michael had a talk with his daughter, serving as both parent and coach as they realized they could lose the entire season.

“The hardest part for me was seeing her miss out on experiences, that maybe we took for granted when we were seniors,” Michael said. “Everybody’s world has changed. Whenever your children don’t have the opportunity to succeed or enjoy these milestones in life, it hurts. I just tried to be there for her.”

Even with the school year and sports seasons canceled, DeSando still calls upon her friends to get through these tough days. They often get together online via Zoom, sharing stories and making the best of a challenging situation.

“I was definitely upset,” DeSando, 18, said. “We get through it, me and my friends, by talking every day as if we were in school. We want to make sure that we are all good. It’s hard to process all of it. Nobody expects to ever go through something like this.”

There won’t be a Parents’ Day for the DeSando track family. But the memories they forged through the five years in the sport will live forever.

“This was definitely upsetting,” DeSando said. “We are a track family. For me to not have my final year, and not have my senior day is tough. But this can’t take away the great experience I have had having my dad as a coach.

“I am really excited to go to Pitt now and I am really hoping that we can go in the fall, meet new people and start new things.”