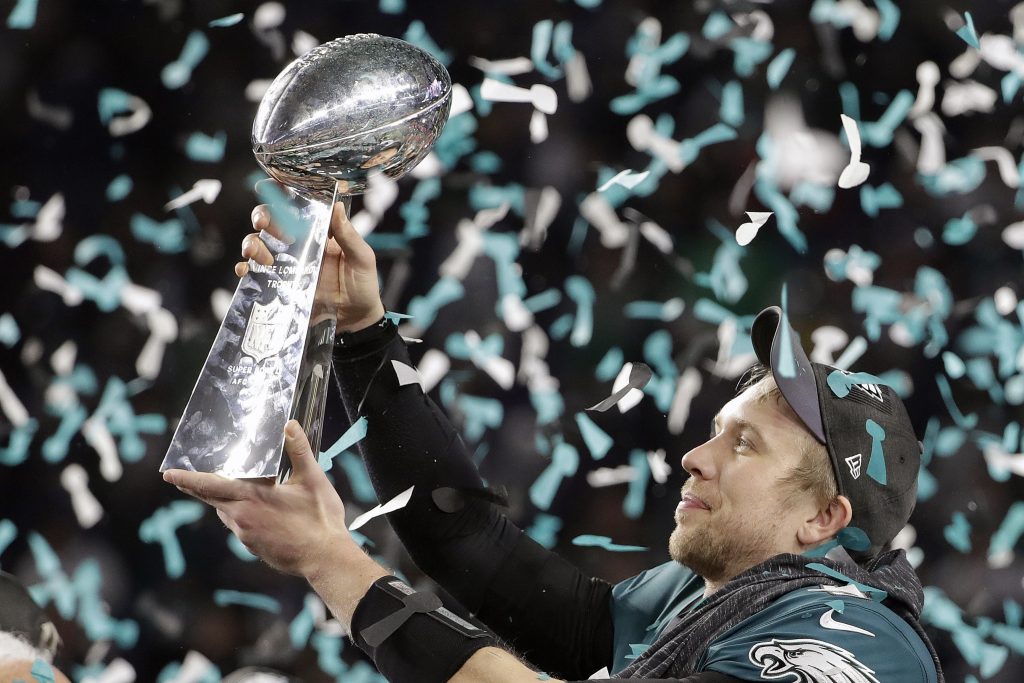 OK, those admittedly aren’t the fondest memories Philadelphia Eagles fans look back on. But, they’re there with the rest of a decade-plus of Eagles football now free for all.

The NFL recently unlocked its Game Pass streaming service for everyone through May 31. So, broadcasts from every week of the 2009 season through the Kansas City Chiefs’ Super Bowl win in February are a click away for football fans forced to stay home during the coronavirus pandemic.

If the options are overwhelming, Philly fans can start by watching the Eagles fly high in these five recent classics: 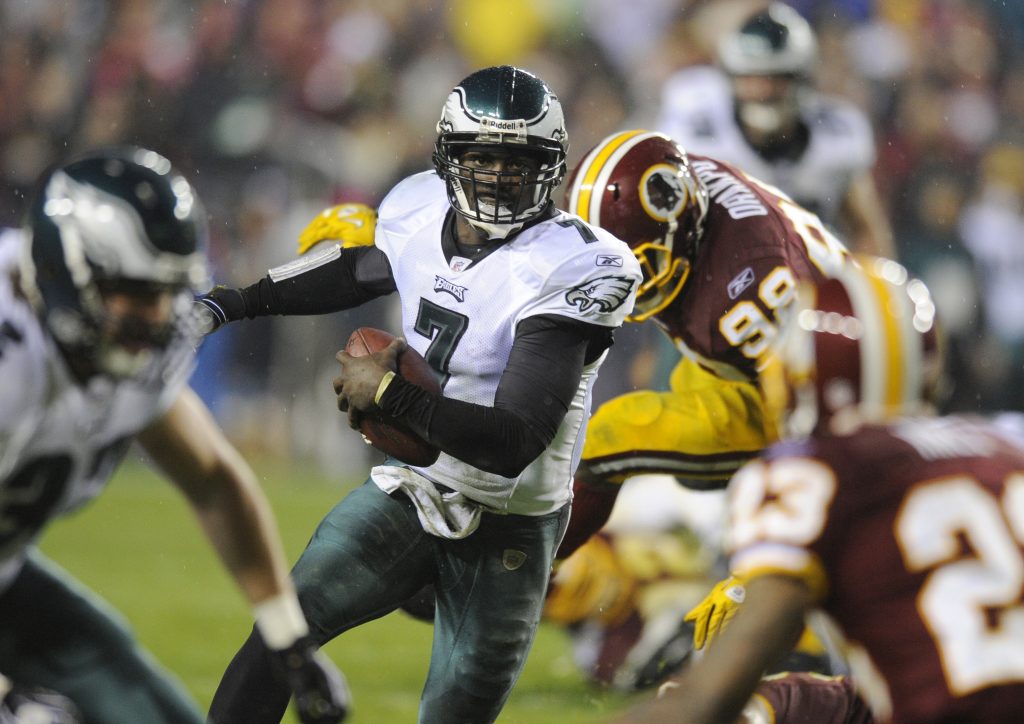 It was still odd — still is, actually — to see Donovan McNabb wearing another team’s jersey. It seemed like Eagles fans were going to really get used to McNabb in Washington, too, as it was reported before this game that he had extended with the franchise for five years (he was ultimately traded to Minnesota before the next season).

Philadelphia’s second matchup against their former franchise quarterback isn’t remembered for McNabb. It was all about the Eagles’ new starter: Michael Vick.

With the old Monday Night Football team of Mike Tirico, Ron Jaworski, Jon Gruden and Suzy Kolber on the call, Vick wasted no time getting to work on a career day. His first pass was a bomb to speedy DeSean Jackson for an 88-yard touchdown. He completed his first 10 throws as the Eagles took an NFL-record 28-0 lead into the second quarter. By the end of the night, he tallied six touchdowns — four in the air with 333 yards, two on the ground with 80 yards — as the Eagles embarrassed their divisional rivals on ESPN, 59-28. 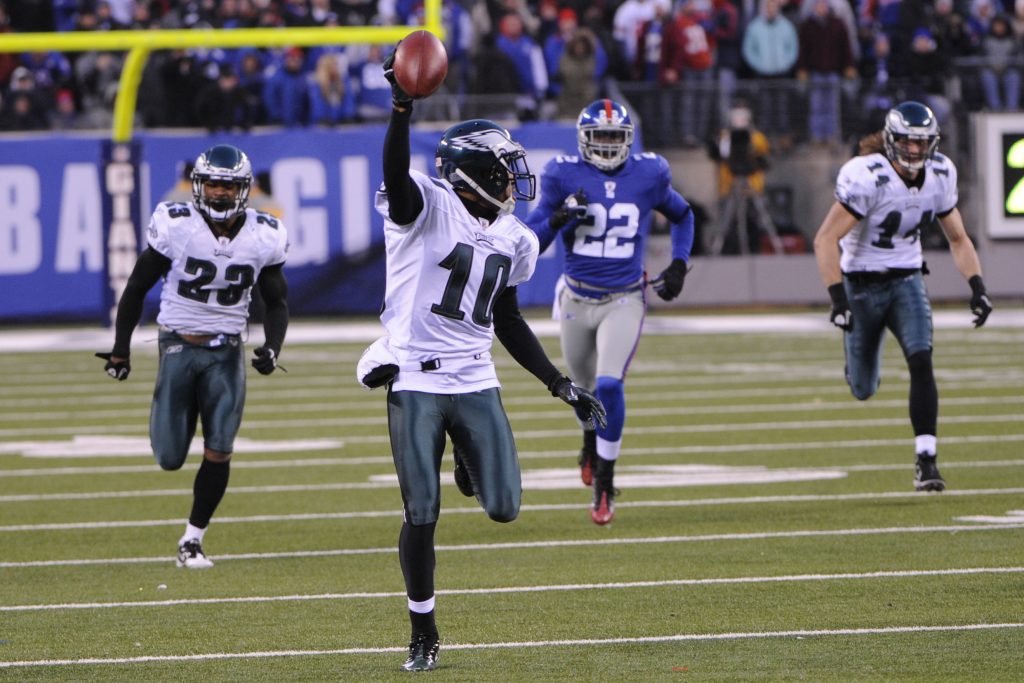 BILL KOSTROUN / ASSOCIATED PRESS
Philadelphia Eagles’ DeSean Jackson returns a punt for a touchdown during the fourth quarter of the NFL football game between the Philadelphia Eagles and the New York Giants at New Meadowlands Stadium, Sunday, Dec. 19, 2010, in East Rutherford, N.J.

Things didn’t look good when, with 12:34 to play, DeSean Jackson’s lost fumble would’ve been ruled down by contact if only Andy Reid had thrown his challenge flag. Matters got worse when Eli Manning found Kevin Boss for his fourth TD pass of the day, putting the Giants up, 31-10, with 8:17 remaining.

Then, another miracle happened in the Meadowlands.

Michael Vick’s 65-yard TD to Brent Celek was followed by a surprise onside kick and a Vick rushing score, quickly getting the Eagles back within a touchdown. Jeremy Maclin’s tying touchdown should’ve sent the game to overtime — but the Giants still had to punt with seconds to go. An irate Tom Coughlin watched as Matt Dodge booted the ball straight to Jackson, who recovered from a bobbled catch for a miraculous, game-winning punt return TD. The win ultimately secured the Eagles’ spot as NFC East champs. 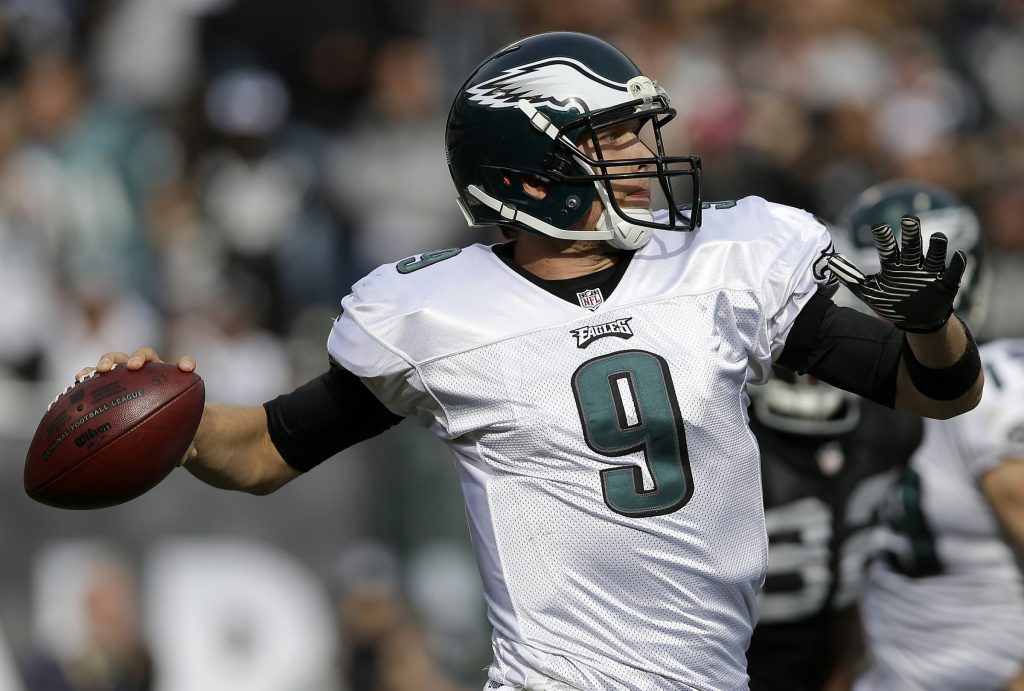 Before he became a Super Bowl MVP or even a one-year disappointment in St. Louis, Nick Foles was known as a model of efficiency in one magical season during his first stop in Philly. Foles threw for 27 touchdowns against only two interceptions in 2013, and this is the iconic game of that run.

Foles carved up the Raiders with precision, going 22-for-28, and with deep strikes, including 63- and 46-yard TDs to Riley Cooper and DeSean Jackson.

In the end, Foles passed for 406 yards and tied the NFL record with seven touchdowns as the Eagles blew out the Raiders, 49-20. 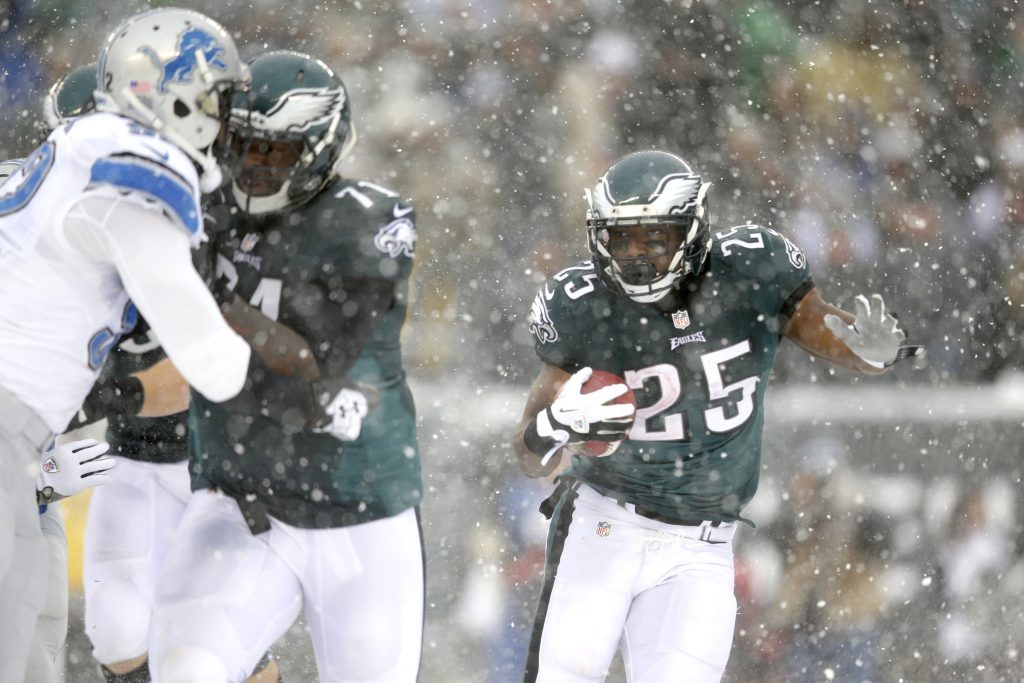 MICHAEL PEREZ / ASSOCIATED PRESS
Philadelphia Eagles’ LeSean McCoy runs with the ball during the second half of an NFL football game against the Detroit Lions, Sunday, Dec. 8, 2013, in Philadelphia.

Snow football! There’s nothing quite like watching an NFL game in a snowstorm. Or, at least trying to see the field here, as heavy snow fell in front of the cameras throughout the first half.

As one might expect, the Eagles didn’t exactly air it out in the inclement weather. They trailed in a low-scoring affair after three quarters, 14-6, but LeSean McCoy stepped up in the backfield when it counted. McCoy broke out for 40- and 57-yard scores to punctuate a 217-yard game as the Eagles exploded in the fourth quarter to win, 34-20. 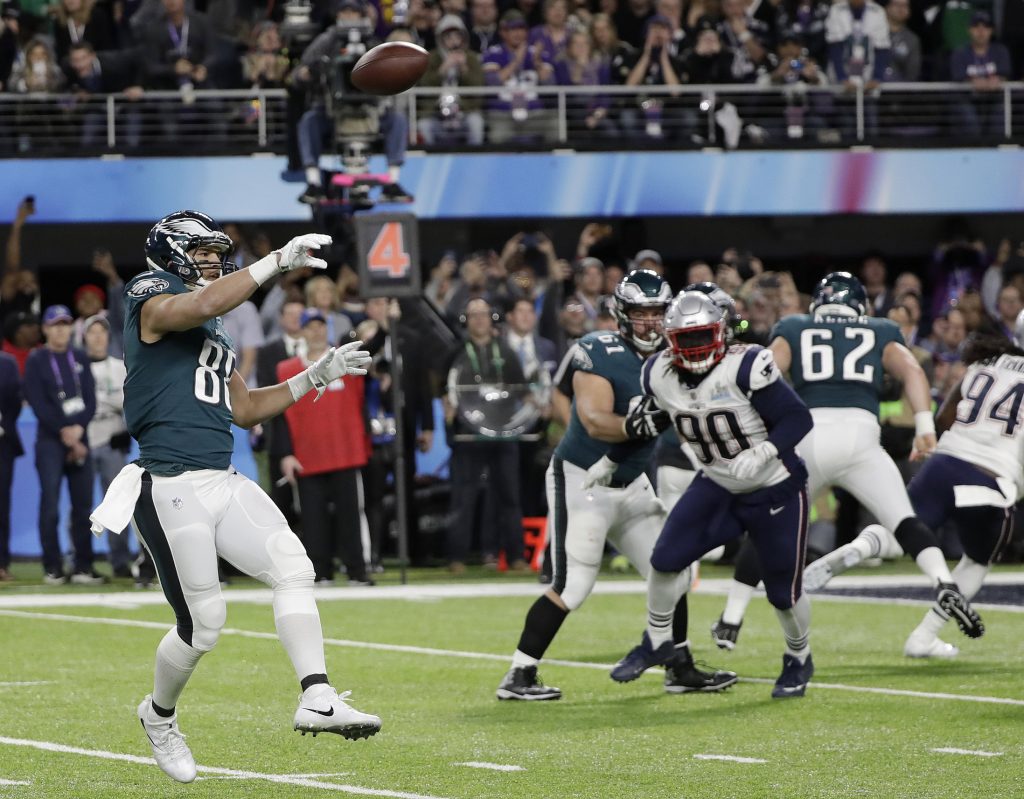 Whether it’s Nick Foles hauling in his iconic Philly Special touchdown reception or Tom Brady dropping a trick play of his own, there’s something for every Eagles fan to reminisce about as they relive their franchise’s first NFL championship.