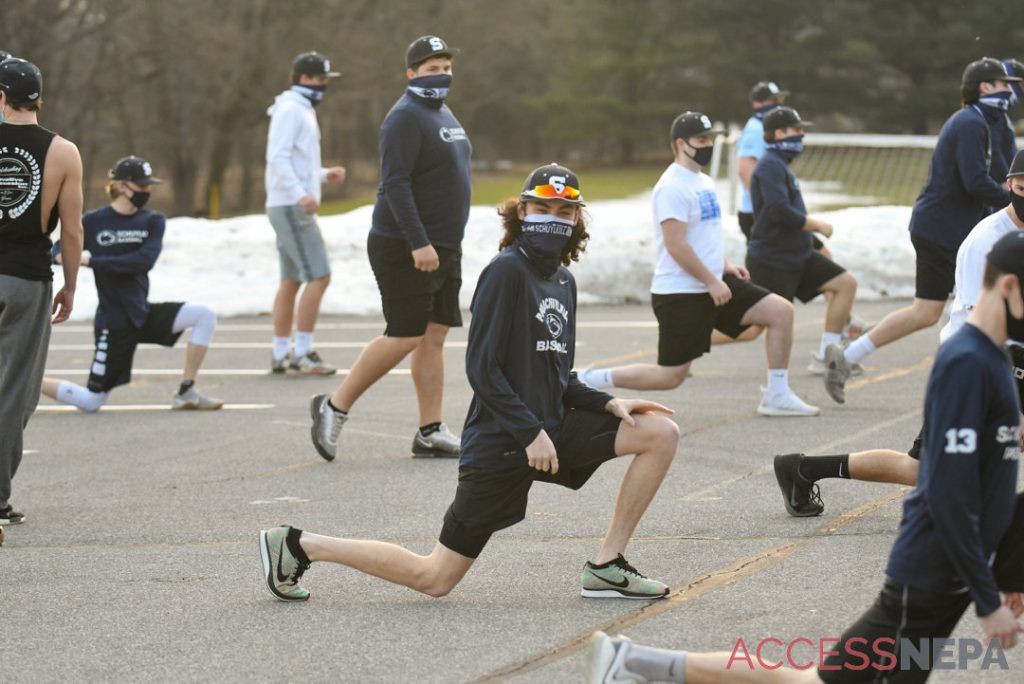 Penn State Schuylkill back on diamond after brief 2020 season

SCHUYLKILL HAVEN — Baseball is too much fun for Schuylkill Haven graduate Blayne Moyer to say goodbye to it to begin his professional life.

That’s why the returning senior first baseman for the Penn State Schuylkill baseball team is taking one marketing class this spring.

“It was definitely unexpected, but with last year supposed to be my last year, I was looking forward to it, and it got cut short,” Moyer said, referring to the coronavirus pandemic and the shutdown of the Lions’ season during the team’s annual March trip to Myrtle Beach, South Carolina.

With three shoulder surgeries in his past, the business/marketing major added, “Then, when they gave me the opportunity to come back this year, I really had to think about it and put life on hold a little bit to get my last season in before I couldn’t play anymore.”

Moyer’s return provides an unexpected benefit for the Lions, who become the first spring sports team in Schuylkill County to begin their season when the team journeys to Penn State DuBois for a noon doubleheader Saturday.

As his team practiced in a parking lot on the Penn State Schuylkill campus Thursday, head coach Grant Yoder said Moyer may also help to ease the Lions’ lack of depth at catcher after two players from last year’s team left the program. 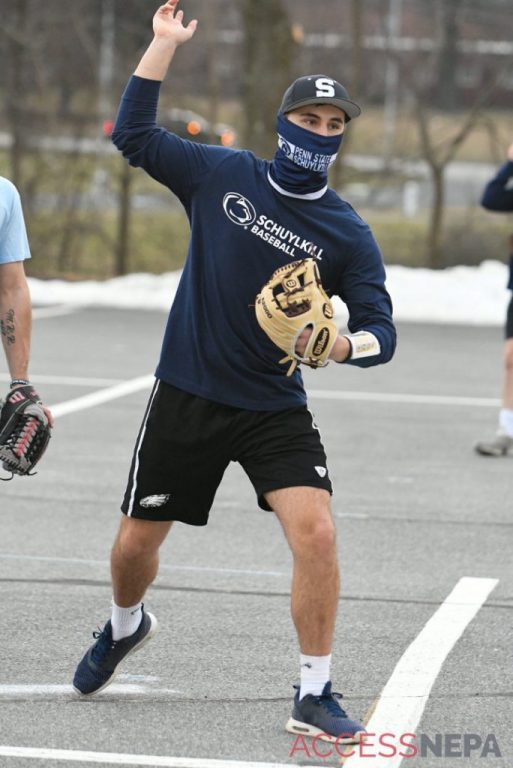 It was simply one more hurdle for Penn State Schuylkill’s athletic program to overcome en route to a return to competition this spring. All fall and winter sports on the campus were canceled.

To reduce the threat of coronavirus, the Penn State University Athletic Conference announced an all-league schedule in baseball and softball this spring.

So Schuylkill didn’t make its annual trip to Myrtle Beach, where Yoder used the trip to develop a depth chart at each position. Instead, Yoder praised his team for maintaining a strong academic standing and working out independently, with some players competing in a league in Berks County last summer that temporarily replaced the Schuylkill-Berks American Legion League.

“I didn’t think they were going to give out any awards for that, but at the same time, I was happy for that,” said Leininger, who batted .417 last spring. “We’ve put in a lot of work to get these awards and recognition.”

Leininger remains an important piece of the Lions’ puzzle in 2021. Others include Pottsville graduate and left fielder Patrick Ryan and fellow Pine Grove alumnus Ryan Culbert, back after pitching to a 2-1 record last spring.

The 26-player roster has other versatile athletes whose arrival on campus will help. They include freshmen in Chris Osenbach of Tamaqua, Blue Mountain graduate Ryan Jarboe and Hamburg alumnus Ethan Naftzinger, who comes to Schuylkill after Lehigh-Carbon Community College closed its program.

The Lions’ pitching staff will be led by Leininger, senior Steele Fekette of Minersville and Tri-Valley graduate Brayden Smith, a sophomore. Yoder said they will be ready for the season.

“Normally, we’re starting in January with the expectation that we’re going to be ready by March 1,” Yoder said. “Give credit to the kids. They took it upon themselves to start throwing to each other in January. There are guys who came in here in game shape, ready to go.” 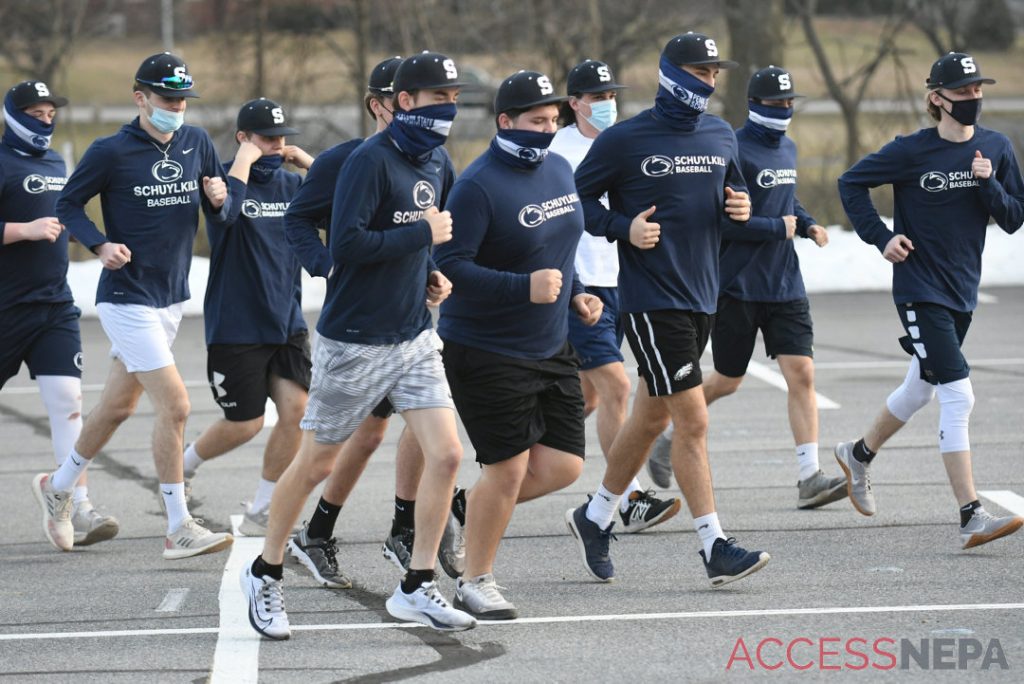 JACQUELINE DORMER / STAFF PHOTOGRAPHER
Penn State Schuylkill baseball players warm up in the parking lot at the Schuylkill Haven campus during practice on March 11, 2021. The local Lions, who had their season halted last March by the coronavirus, begin their 2021 campaign Saturday at Penn State DuBois.

Yoder said the Lions have been able to get batting practice against live pitching at the Athletes in Motion Inc. multi-sport facility in the Fairlane Village Mall in Pottsville. The pitchers have also been working out there.

“We like where we are from a pitching standpoint with the depth that we can have if everybody goes out and pitches to their capabilities,” Yoder said.

The Lions’ schedule consists of five-game series against PSUAC East teams and crossover games against PSUAC West squads. Home games this spring will be played at Schuylkill Valley Stadium in Middleport.

Saturday will mark the Lions’ first time on a baseball diamond, so Yoder said two elements of the game will be critical, particularly early in the 2021 season.

“The pitching and defense have to work,” Yoder said.