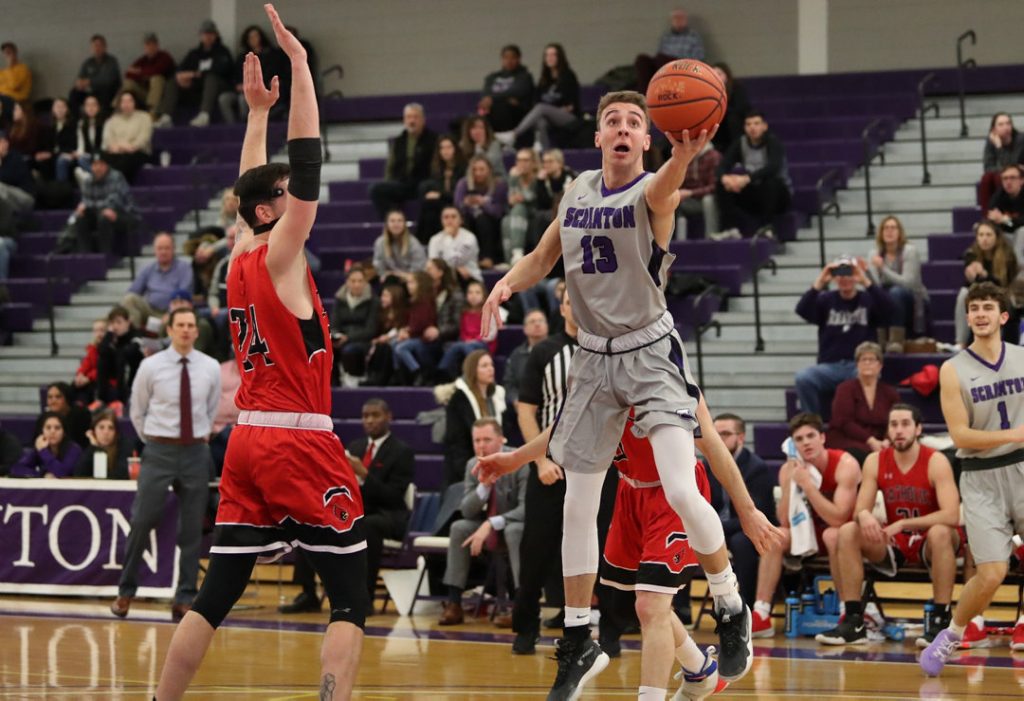 Bailey is the fourth Scranton player to be named Player of the Year, joining Zach Ashworth (2010, 2011), Ross Danzig (2014) and Brendan Boken (2016). He also is a first-team all-Landmark selection for the third straight year.

In the Landmark championship game, Bailey reached the 1,000 career-point mark on a free throw with 5:38 left in the second half. He became the 46th player in program history to reach the milestone.

Jackson Danzig picked up his first all-Landmark first-team berth after averaging 13.2 points, which ranked eighth in the conference. He also finished second in field-goal percentage (51 for 94, 54.6) and assists per game (3.3) and was sixth in rebounds (6.0).

Catholic freshman Jesse Hafemeister was chosen Rookie of the Year and rounded out the first team.

After finishing second in the team standings at the Landmark Conference Virtual Swimming and Diving Championships, the University of Scranton women swept the league’s major awards.

Senior Lauren Byrne was named the Swimmer of the Year, sophomore Jeanna Gailius earned Diver of the Year and head coach Chris Brown was named Coach of the Meet.

For the Scranton men, senior Jack Donnelly was All-Landmark first team for winning the 100-yard breaststroke (56.81). He also earned first-team honors for being a member of the Royals’ victorious 200-yard freestyle relay team (1:27.19) and a second-team berth in the 200-yard breaststroke (2:08.82).