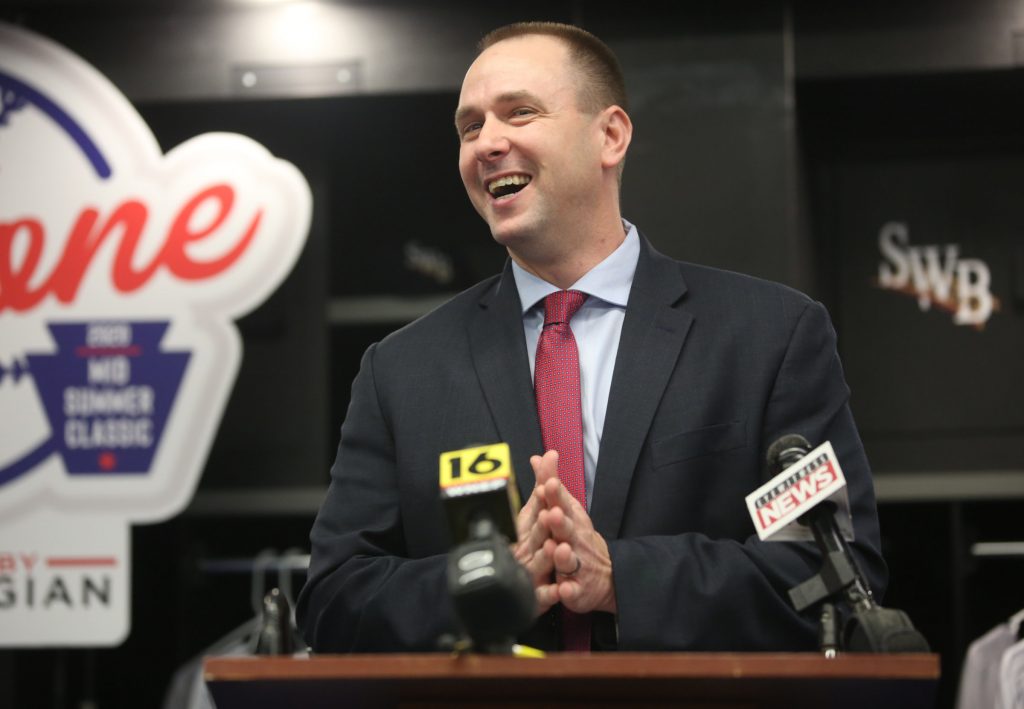 He stood behind the podium inside the home clubhouse at PNC Field and, for all his accomplishments as a sports executive and all the places he has been, John Adams had a difficult time not thinking about a 12-year-old kid growing up in north-central Pennsylvania, tuning in the television to watch Red Barons games whenever he could.

As a professional, Adams has had an interesting career, one that took him from president of the Arena Football League’s Philadelphia Soul to the president of the league itself. But the younger version of himself, he said, would be happy enough standing someday where he did Wednesday.

Late Wednesday afternoon, the RailRiders made the announcement that completed an offseason-long restructuring of its front office, naming Adams team president. The Renovo native’s hire marks the beginning of a new era in several regards for the franchise, which has generally combined the team president and general manager roles over its first 30 years of existence. Katie Beekman was named general manager in September after the sudden resignation of former president and general manager Josh Olerud, and Adams said he and Beekman have had conversations about the future of the franchise that were both “candid” and “exciting.”

“I’m not really interested in coming here and being part of a situation where we’re looking to maintain the status quo, hold ground and do what we’ve always done,” Adams said. “I believe, in this market, with this ownership group and having the best brand in all of baseball all combined together with the community that is here, we should be the best minor league baseball organization in the entire country.

“I came here for the high expectations.” 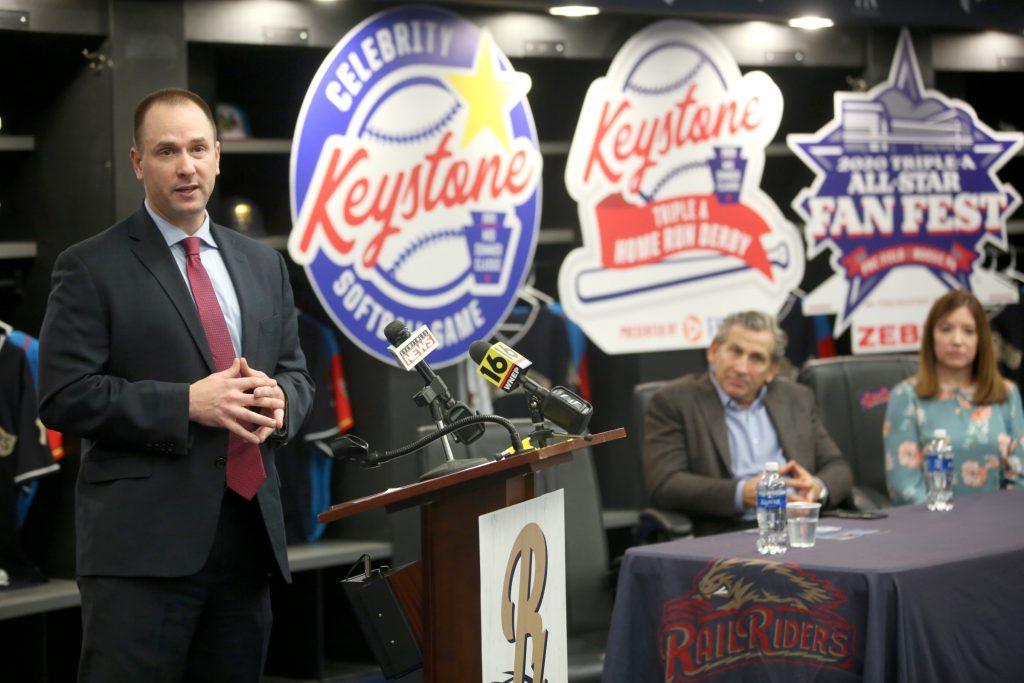 He discussed few concrete details on how he planned to help the RailRiders get there.

But for David Abrams, the RailRiders co-managing owner who has long stressed his desire for the franchise to become more of a powerhouse in the community, at the ticket office and in the coveted race for merchandise sales among minor-league franchises, Adams’ experience running the Soul for eight years, as well as the AFL from August 2018 to its end in November, gives the RailRiders the outside input it needs.

Now, the trick will be to figure out how he and Beekman work best together.

“There’s no one formula that we’ve learned in minor league baseball that is a success. A lot of organizations do it differently,” Abrams said. “Our view was, Katie is an unbelievably talented woman who has been here for a long time, and she brings a certain skill set. But, she has also been with the team for nine years. We needed someone who worked in a different part of the entertainment and sports ecosystem who could bring a different perspective and drive the business forward. Because the business is not the same as it was five years ago, and it’s not going to be the same in five years.

“For us to continue to grow as a business, we needed to get an outside perspective.”

Adams has gained most of that perspective through his work with the AFL, where he helped launch five different teams and relaunched the Soul after a brief hiatus in 2010. He was AFL executive of the year in 2015.

He also was general manager and chief operating officer of the AFL’s Cleveland Gladiators, but before that, his work came almost exclusively in minor league baseball. He was briefly the assistant general manager of the Atlantic League’s Lancaster Barnstormers, and he got his start as the production and promotions manager for the Yankees’ Double-A affiliate, the Trenton Thunder.