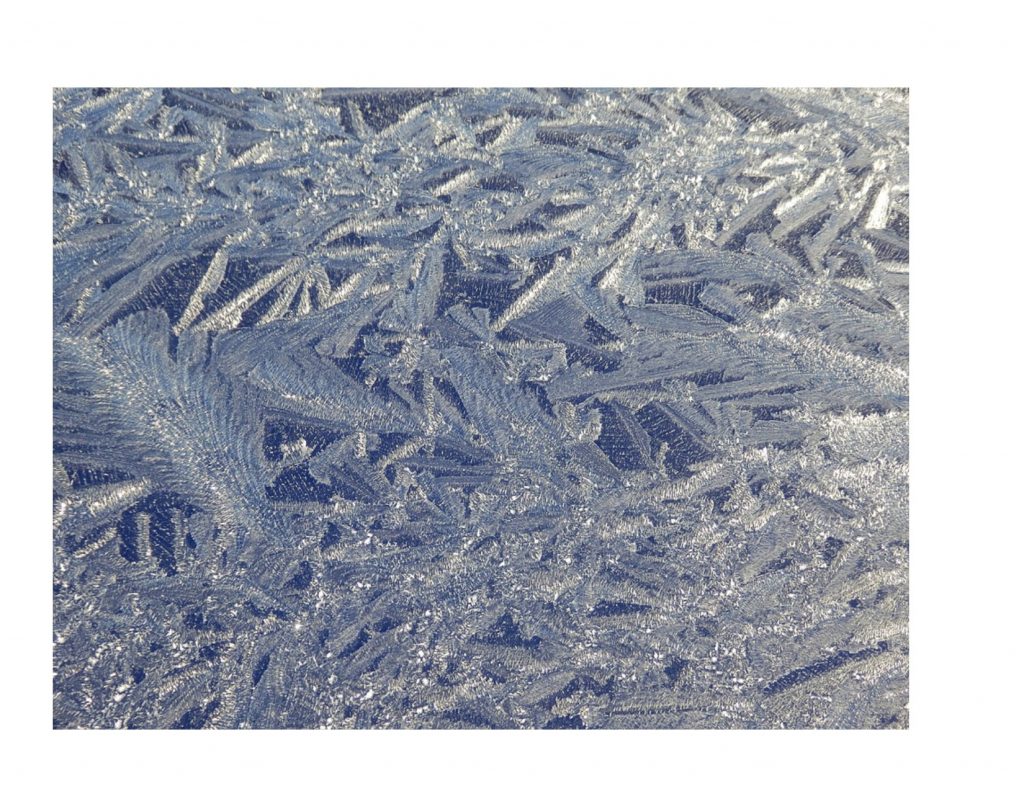 The legend of Jack Frost

You pull the covers off and your toes touch the bedroom hardwood floor.  Yikes, the floor sure is chilly….brrr!  You turn and see frost on your bedroom windows.  Looks like Jack Frost paid you a visit overnight!  Fall is still relatively young.  Yet there are already reports of frost warnings in our neck of the woods.  More than one source predicts a challenging winter and fall is sliding into that direction with ease.

Just what makes frost possible?  And, just who is Jack Frost?

Here’s an easy answer from the website www.weather.gov.  One primary reason is that local topography has a large role in determining if and where frost develops. Cold air will settle in the valleys since it is heavier than warm air, therefore frost conditions are more prone in these regions.  This means that valleys in northeastern PA are more prone to frost than if you lived at in the upper reaches of the Poconos.

Valleys also shelter the area from stronger winds, enhancing the potential for frost. Clear skies lead to radiational cooling, allowing the greatest amount of heat to exit into the atmosphere.  Other factors to create frost involve calm to light winds that prevent the stirring of the atmosphere that allows a thin layer of cooled temps to develop on the surface.  Also, cooler conditions, mixed with some moisture, promote ice crystal development.

If the super-cooled, freezing temperatures can cool to the dew point (the temperature at which, when cooled to at constant pressure, condensation occurs; moisture will have to come out of the atmosphere as fog, frost, etc.) frost could develop on exposed surfaces.  A local study done on frost formation relating temperature to dew point has these guidelines for frost: temperatures from 38 to 42 F can lead to patchy frost, 33 to 37 areas of frost, and 32 and below widespread frost/freeze. Note that the study did not factor in other considerations to frost, such as sky cover and wind speeds.

Other local effects, such as soil moisture/temperature and stage of vegetation “greenness,” are factors that can affect the possibility of frost forming. Or, you could believe that frost is the handiwork of an impish figure called Jack Frost.  Here is the full explanation of who he is. Jack Frost is the personification of frost, ice, snow, sleet, winter, and freezing cold. He is a variant of Old Man Winter who is held responsible for frosty weather, nipping the fingers and toes in such weather, coloring the foliage in autumn, and leaving fern-like patterns on cold windows in winter.

Scandinavian legend relates that the son of the god of the winds was the visitor bringing frost variously named Jokul and Frosti.   The first name meaning “icicle” and the latter “frost”.  Eventually the two names were combined in English to become the folk character “Jack Frost”.  However, Jack Frost was never a human, and was never changed into a magical, snowy man by the moon.  Usually, he was seen as an old man, and only occasionally he was a child or teenager. His mother is thought to be Kari, the Norse god of the winds and the son named Jokul Frosti.

Starting in late 19th century literature, more developed characterizations of Jack Frost depict him as a sprite-like character, sometimes appearing as a sinister mischief maker or as a hero.  In Russia however, he has taken on a different form as Grandfather Frost, and in Germany there is instead a different entity altogether known as Mrs. Holle. There are various other mythological beings who take on a similar role yet have different folklore to them.

Jack Frost has appeared as a character in television and movies. He was mentioned in the wintertime song “The Christmas Song” (aka “Chestnuts Roasting on an Open Fire”). He has been presented as a villain in some media and a hero in others.  No matter which way you look at him, the temps still trends downward to the cellar and frost will appear.  Make sure that you take a close gander to the intricacy of lines formed on your window pane.  You’ll have a greater appreciation for the artistic flair shown by Mr. Frost and his icy brush.

You can leave your hummingbird feeders out for as long as you have the birds around. You can even continue to provide the feeder after your hummingbirds disappear—late migrants or out-of-range species can show up into early winter. Follow the guidelines for keeping the feeders clean, even if the nectar goes untouched. Always discard any unused nectar in the feeder when you take it down for cleaning.