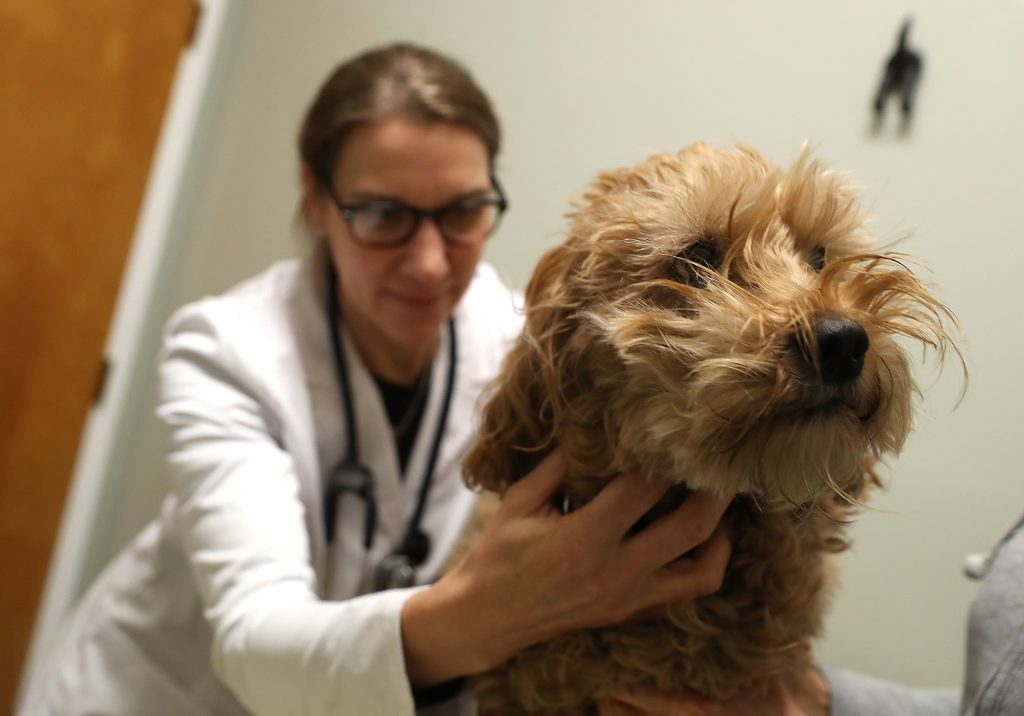 Protect your dogs with the canine flu vaccine

As pet owners protect themselves against flu this season, vets say they should also be thinking about their dog.

While canine flu, unlike the influenza that infects humans, is a year-round virus, some veterinarians use the flu season to talk to pet owners about keeping their pets healthy.

The highly contagious H3N2 canine flu strain was believed to have originated in dogs brought in from South Korea, said Natalie Marks, medical director at Blum Animal Hospital in Chicago.

The illness can spread “like wildfire” among dogs at parks, boarding facilities, doggy day cares or even in condo elevators, Marks said. Symptoms are mainly respiratory, with coughing, sneezing and a runny nose, followed by fever and sometimes a lack of eating. The virus is not known to infect humans, she added.

There’s now a vaccine available for dogs, Marks said, which is effective and, unlike human influenza vaccines, there are no guessing games on which strains to include.

Pet owners should talk to their vet about whether their dog needs the vaccine, which is administered annually and includes a booster shot in the first year it’s given, she said, adding that she recommends one for any dog that’s in contact with other dogs at any time.

“The frustrating part for pet owners is sometimes dogs will spread the virus before they even look sick,” she said. “That’s why vaccination is the best strategy.”

While many pets are able to recover from a bout of canine flu, the virus can become fatal if it turns into pneumonia — a risk for less healthy dogs, Marks said.

Unlike human influenza, there is no required, centralized reporting of the illness, which makes it difficult to track outbreaks, Marks said.

However, animal hospitals can partner with research centers to track any virus spreading throughout the country.

Banfield Pet Hospitals, with locations across the country, recently partnered with Cornell University’s Animal Health Diagnostic Center’s surveillance network, to track canine flu outbreaks. Heidi Cooley, a veterinarian at a Banfield Pet Hospital in Washington state, said it helps for pet owners to track current flu outbreaks, but she also advises them to check in with their vet about what they are seeing.

The center’s data shows Illinois has had the most cases of the H3N2 strain, likely attributed to the 2015 outbreak, which then spread throughout the country, said Colin Parrish, professor of virology at Cornell’s College of Veterinary Medicine. More recent outbreaks were reported in the San Francisco area, he said.