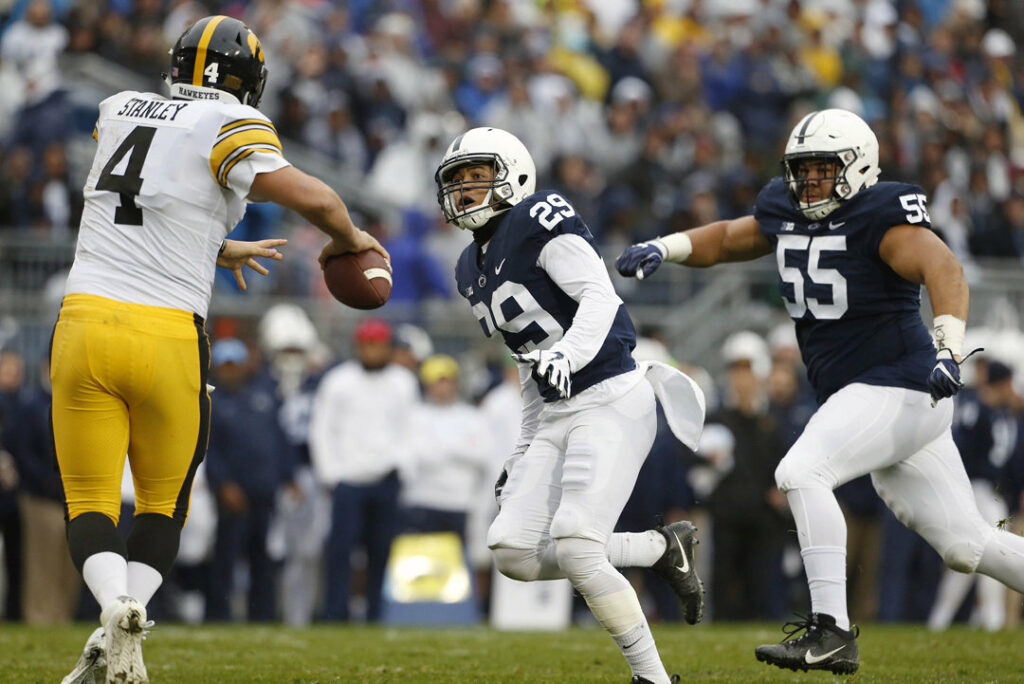 Antonio Shelton pursued the starting role like he went after quarterbacks as the top backup at tackle last season. Will his leadership and athleticism make him the next in a long line of dominant interior linemen in 2019? ASSOCIATED PRESS PHOTO

Today we continue with the defensive tackles. 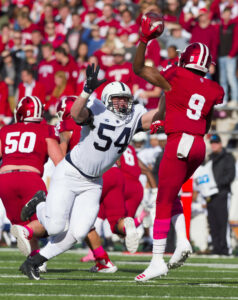 Penn State defensive tackle Robert Windsor is going to need to play — and lead — consistently to avoid a push from a talented group in 2019. ASSOCIATED PRESS PHOTO

All of a sudden, Robert Windsor is one of the more seasoned tackles in the Big Ten. He earned second-team all-conference honors last season and quietly had one of the most solid seasons on the defense, finishing a half sack shy of the team lead and third overall on the squad in tackles for loss. He did, however, miss the Citrus Bowl for a violation of team rules, and the Nittany Lions are going to need their most experienced veteran on the defensive line to be a leader of sorts.

He’s going to be pushed for playing time if he slips, for sure. Antonio Shelton is a junior who was one of the better leaders on the defense despite his backup status last season, and he has the size and motor to continue the Nittany Lions tradition of building solid defensive lines around emerging tackles. He’s not guaranteed a starting spot, though. Sophomore P.J. Mustipher didn’t play a ton last season, but he clearly improved as the season went on, and he’s regarded by many as the most talented of Penn State’s defensive tackles.

Fred Hansard cracked the rotation early last season, but he suffered a season-ending injury at the midway point of the regulars season and will have to rebound healthy this summer to be a factor. Converted defensive end Damion Barber is an intriguing prospect with quick feet who will be looking to be a more regular contributor after bulking up to 290 pounds in the offseason, and two redshirt freshmen — Judge Culpepper and Aeneas Hawkins — are highly regarded prospects and sons of former NFL standouts looking to push for a role. Culpepper, for one, stood out on scout team last year.

The Nittany Lions added two tackles in the 2019 recruiting class, and both are making a name for themselves.

Massive German Joseph Appiah Darkwa has the height and strength to contribute immediately, but a year in the Penn State strength and conditioning program is likely needed. Fellow freshman Dvon Ellies is already 304 pounds, and the four-star recruit is quick for his stout size. If Penn State needs help up front stopping the run, he’s a good bet to be the newcomer that gets the first look.

The prediction falls pretty much into what one would expect, but this is going to be a much more interesting race for playing time than that. Shelton is the type of guy that finds a way to contribute and succeed, and Mustipher is too good not to start. Deal in Barber and Hansard, who will likely need to ease his way back in this season, and Penn State has a solid core that will give it a strong rotation this season.