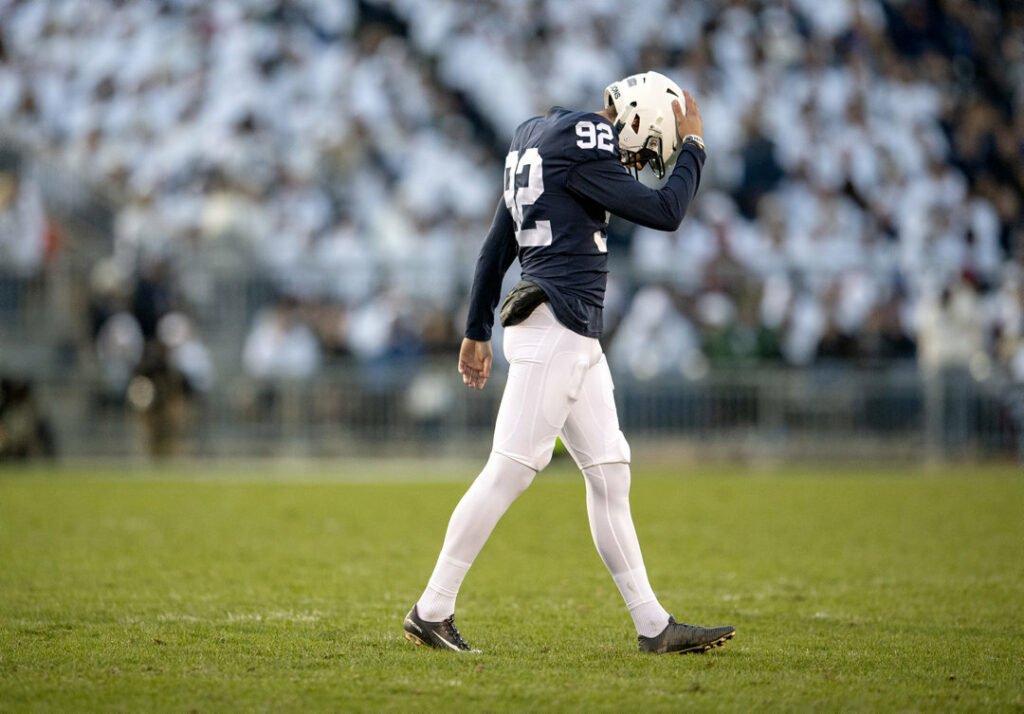 Today we continue with the special teams.

Last year, Penn State opened the season with a slew of unknown kickers competing for the starting role, and most of them are back this year, albeit a little better known.

The incumbent starter is sophomore Jake Pinegar, who had big moments and poor ones in his rookie campaign in 2018. He had a bit of a rough first half of the season, but he wound down the regular campaign hitting 11 of his last 13 attempts. However, he struggled in the Citrus Bowl against Kentucky, missing two of his three attempts, and new special teams coach Joe Lorig insists consistency will determine the starters this time around.

Pinegar had some intriguing competition last year, even though he was able to hold the job from start to finish. Rafael Checa has a strong leg and emerged as the kickoff man, and the coaching staff praised the leg strength of fellow freshman Vlad Hilling, as well.

Punter Blake Gillikin is back for his senior season, and he’s the unquestioned starter. Gillikin is an All-American candidate who still averaged 44 yards per punt in what was an unquestioned down year mostly due to injuries he battled through.

The return game is up in the air as Lorig sorts out his own plan for the special teams group. There are plenty of candidates to step in as kick and punt returners, with K.J. Hamler, Jahan Dotson, every backup running back and, yes, even linebacker Micah Parsons being named as potential candidates to get some time at the position. Outside of one punt return from Dotson, Hamler is, however, the only returning player with any collegiate experience returning kicks.

Sophomore Chris Stoll has the inside track to the long snapping job, but he’ll get pushed by Wallenpaupack’s Dan Vasey — the brother of Kyle Vasey, Penn State’s long snapper in 2017 and 2018 — and freshman Austin Sullivan. 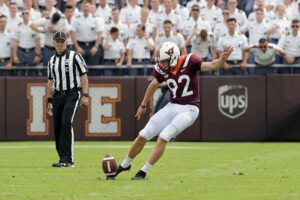 The offseason was dominated by the transfer portal, and there’s no question, the biggest benefit the portal provided to Penn State is Jordan Stout.

As a freshman at Virginia Tech in 2018, Stout had one of the more impressive seasons in the nation as a kickoff man. He was the fourth-best kicker in the nation when it came to touchback percentage, as 84.5 percent of his kickoffs forced opponents to start at their own 25.

That said, Stout’s versatility excites his new coaches as much as the old numbers.

If he can prove to be a more consistent option than Pinegar on field goals, he can easily win that job.

There’s a lot to break down here, but essentially, this is what you need to know: Gillikin is the punter, Pinegar is (most likely) going to continue to develop on field goals and Stout will carve out some kind of a niche in the kicking game. The return game, for as much talk as there is about some of the incoming freshmen and Parsons perhaps contributing, will essentially come down to one question: How much can Hamler contribute and not get burned out, as he arguably did last year when his production slowed dramatically on kick and punt returns last season? Penn State is going to watch his snap count closely in his sophomore season.