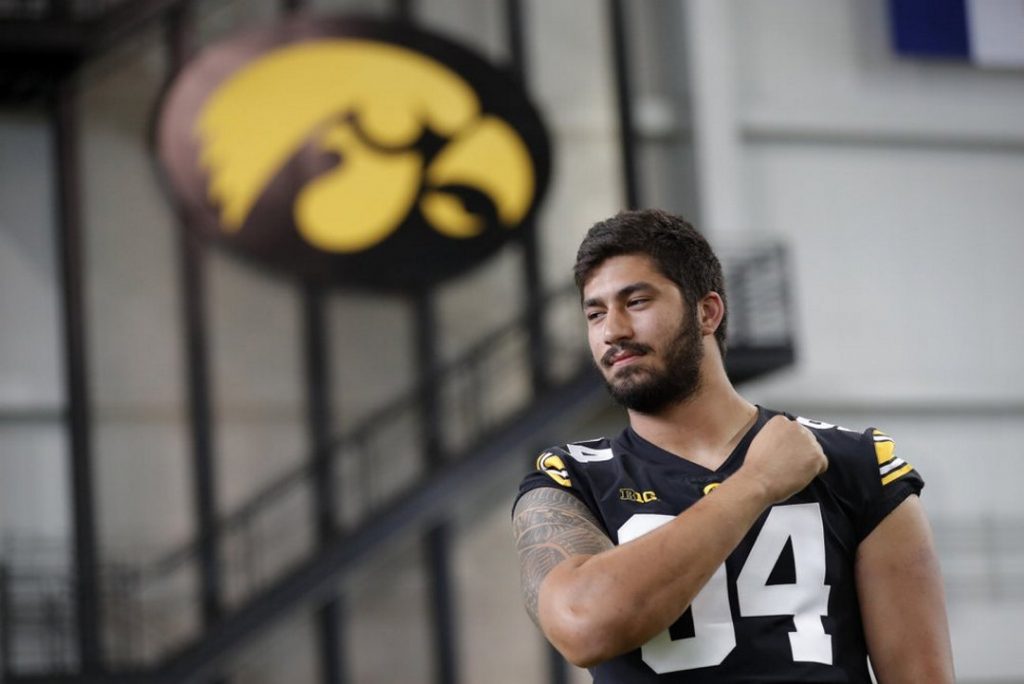 Scouting the opponent: The Iowa Hawkeyes

Iowa DE A.J. Epanesa led the Big Ten in sacks last year and is looking to get the Hawkeyes back on track Saturday against Penn State. ASSOCIATED PRESS PHOTO

Each week, Times Shamrock Penn State beat writer Donnie Collins will break down the Nittany Lions’ upcoming opponent. This week, we’ll look at the Iowa Hawkeyes, the No. 17-ranked team in the nation according to the Associated Press (and No. 18 in the coaches poll).

There aren’t many who talk about the Iowa wideouts, but they’re a handful. Ihmir Smith-Marsette leads the team in total touchdowns with four, but they spread it around pretty equally. Smith-Marsette and junior Brandon Smith both have three touchdown catches, and redshirt freshman Nico Ragaini is a pretty good third-down target. Watch out for Tyrone Tracy Jr., as well; teams have forgotten about him, and he has won his share of battles, averaging 15.8 yards per grab. He has the speed to get to the house if he’s in space. One big difference for Iowa this season is the use of the tight ends. After last year’s duo – Noah Fant and T.J. Hockenson – went in the first round of the NFL Draft, Nate Wieting and Shaun Beyer have a combined six catches in 2019. 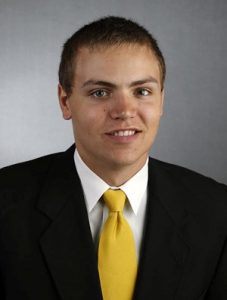 *For those who may be unaware, FB is short for fullback. If you don’t know what a fullback is, ask your grandfather.

Penn State knows Nate Stanley well. This will be his third start against them, and he was brilliant in the first at Kinnick in 2017, when he threw for 191 yards and two touchdowns. His touchdown throws went for 21 and 70 yards, and that kind of big strike might be the best way to attack a hard-charging Penn State defense. Last season, he wasn’t so brilliant: He completed just 18 of 49 throws and was picked off twice. Iowa didn’t score an offensive touchdown in that game. Mekhi Sargent is averaging 5.1 yards per carry this season and had a strong game against Penn State last season (16 carries for 91 yards), but the Lions bottled up 233-pound Toren Young, who is averaging 7.1 yards per carry this season. If Iowa is going to win, Stanley, Sargent or Young have to be great.

Iowa’s tackles will be under the microscope against Penn State’s relentless defensive ends, and they’re gifted enough to get the job done, especially with star left tackle Alaric Jackson back into the swing of things after missing three weeks because of injury. That said, Jackson and fellow 320-pounder Tristan Wirfs did not look great against Michigan’s front four last week, and Penn State ate them up last season (Stanley was sacked three times, but pressured on seven occasions). Right guard Cole Banwart has fought through some injury issues this year and is solid, but left guard Landan Paulsen and center Tyler Linderbaum are first-year starters going up against a defensive line that’s feeling it and a linebacking corps that likes to blitz. Iowa can’t play the way it did last week against Michigan and give Stanley or the running game much of a shot to succeed.

One name on this list jumps out, of course. A.J. Epanesa led the Hawkeyes with 10.5 sacks last season despite playing in a rotational role and not actually starting any games, which isn’t easy to do. This year, he’s starting games, but his numbers aren’t quite on last year’s pace. Through five games, Epanesa has 2 sacks and 5 quarterback hurries, but he’s a certain NFL prospect and Penn State will put some extra focus on him. All that said, the rest of his teammates are picking up their games up front. Chauncey Golston gets after it in the running game and is coming off an 8-tackle effort against Michigan that might be his best game. Golston’s old high school teammate, Cedrick Lattimore commands attention in the middle as well. Who starts at the other spot might be worth watching. Austin Schulte started each of the last two games and played well because Brady Reiff was injured. But, it looks like Reiff is ready to return.

This is a pretty veteran group for the Hawkeyes, and like all Iowa veterans, they know their jobs, execute them and make very few mistakes. Kristian Welch led the Hawkeyes in tackles in four of their five games this season, and he’s top 10 in the conference with 39 tackles. Djimon Colbert is second on the team with 27 tackles, and he and Nick Niemann are the linebackers the Hawkeyes will use most often on the blitz. Iowa doesn’t do what Penn State does; if the game is close – and most of theirs are – the Hawkeyes stick with the three starters most of the way. 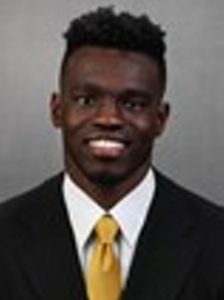 In a game where Penn State’s defense held the Iowa offense without a touchdon last season, Geno Stone pretty much kept the Hawkeyes in the game with a third-quarter interception return for a score. He’s a ballhawk, covers a lot of ground, and Penn State is worried about the impact he can have this time around, too. He and Jack Koerner are sound technicians who keep the ballcarrier in front of them and are a big reason teams have struggled to hit big plays against the Hawkeyes. They’re tied for third on the team with 20 tackles apiece. Corner Michael Ojemudia has two interceptions this season, which is half of the team total, but the Hawkeyes have played most of the way without 6-foot-0 corner Matt Hankins, a sophomore who led the team in tackles in the Outback Bowl win over Mississippi State in January. There’s a chance he could return Saturday, which could put him in contention for the starting role with redshirt freshman D.J. Johnson, who has been productive in his stead.

Teams haven’t given Smith-Marsette a chance to return many kicks, which is probably a good strategy considering his game-breaking ability. He’s averaging 22.2 yards per return on the five he has gotten a chance to run back. Ragaini is averaging better than 10 yards per punt return. The Iowa kicking game is strong. Keith Duncan is a veteran, and a big moment doesn’t phase him. He has drilled 11 of 12 field goal attempts this season, and he’s 6 for 6 from beyond 40 yards. Punter Michael Sleep-Dalton, an Arizona State grad transfer, won the starting job from Colten Rastetter in the preseason and has been consistent, averaging 43 yards per boot. He is known for being able to kick with both legs, which matters little statistically. But, teams have come up with some intriguing ways to keep Penn State’s KJ Hamler off balance in the return game on punts, and adding a guess as to the spin on some of these kicks might just add another element to that. Junior Caleb Shudak handles the kickoff duties, but he’s not a put-it-in-the-end-zone-every-time guy. He has 12 touchbacks on 29 kickoffs.