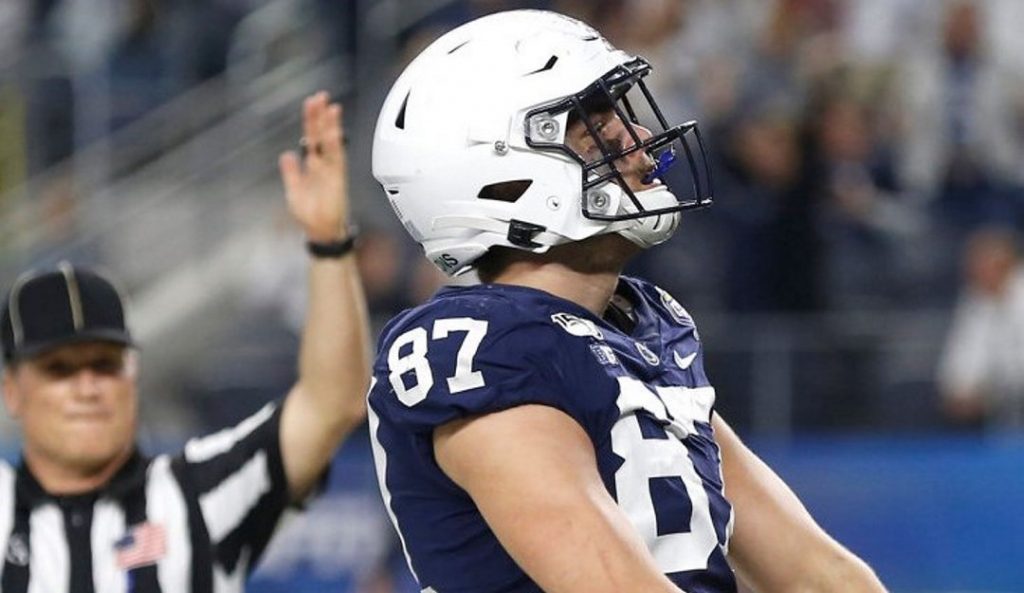 Today, we take a look at the tight ends.

The key fact: When Pat Freiermuth, who was eligible to enter the 2020 NFL Draft, announced he would return to the Nittany Lions this year, it shocked a few experts. After all, it’s likely he’d have been a first- or second-day Draft choice. Certainly, Penn State will take the gift of Freiermuth’s return, as it allows them to show off one of the deepest tight end groups in all of college football. Look at the top six tight end prospects in the nation in the last three recruiting classes according to Rivals.com; no program has landed more of those players than Penn State’s four — Freiermuth (No. 6 in 2018), Zack Kuntz (No. 4 in 2018), Brenton Strange (No. 6 in 2019) and Theo Johnson (No. 4 this year). Only one other program — Georgia — has even landed three.

While we’re on the topic of Freiermuth, it’s fair that we stay there. Whenever it starts the next season (assuming it’s the fall or spring, of course) he might be the best pro prospect on Penn State’s offense. Last season, as a sophomore, finished second on the team with 43 catches, 507 yards and seven touchdowns, and while his blocking still needs a bit of refinement, he did become a much bigger factor in the running game.

In the passing game, there are few tight ends in the nation who compare to Freiermuth when it comes to production. In a season when there are few established targets at the receiver position for Penn State quarterbacks, that alone makes Freiermuth a welcomed returnee.

Can the 2020 tight ends be the same kind of factor in the running game? Penn State will have some questions to answer in that regard, because the two tight end sets that became a staple as 2019 progressed will be without half of the duo that made it work. Bowers stayed healthy as a senior, emerged as a threat in the passing and running games, and very well may be a player someone selects in the NFL Draft in a few weeks.

He won’t be easy to replace.

Head coach James Franklin pointed out last season that using two tight ends enabled the Nittany Lions to essentially use — gasp — a fullback on running downs, and there’s no doubt Penn State benefited from the diversity and physicality the running game got from the extra help. Penn State finished the season strong to garner the fourth-best rushing offense in the Big Ten, and it would make sense that the coaching staff would want to have that scheme in its back pocket, even with new offensive coordinator Kirk Ciarrocca bringing in some new ideas.

Freiermuth is the unquestioned starter, but the top backup here might’ve been the player who best demonstrated an ability to support the running game in the spring. There’s a lot of playing time to be had here for that player.

“I think that’s shaping up to be a very important position battle for us,” tight ends coach Tyler Bowen said. “I see a lot of contributors behind Pat depending on how we utilize that position.”

Those last seven words would have been a lot more clear with spring practice. Now, coaches are going to figure that out for themselves.

There’s always one guy who, physically, dominates the offseason. There’s always that one guy everyone gets excited to see in the spring, because that physical domination of the offseason is always handcuffed to immense potential.

We don’t know what Brenton Strange would have done in the spring, because there is no spring. But it’s fair to wonder how it all would have went after the gains Strange made in the weight room put him firmly in the race for playing time as a redshirt freshman. 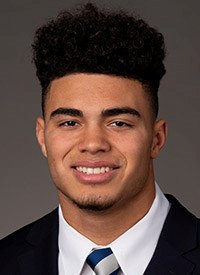 “I think he showed up on campus at 211. Now he’s in the 240s,” Bowen said. “He has always carried an emotional maturity. As an early enrollee (in 2019), I don’t think he missed a beat transitioning to the college level, whether that be school or practice. He has a very good work ethic.

“I’ve really seen his development in understanding why things are done. Now he can tell me what multiple positions on the field are doing. That helps him paint a bigger picture and will help him react faster.”

Strange did play in two games as a true freshman last year, and his lone catch went for a 4-yard touchdown in the opener against Idaho. He’s a freakish athlete who know looks more like a tight end than a receiver. If he can be a steady blocker, he might have the edge in the battle for playing time with the bigger, and more experienced, Zack Kuntz. But, Strange needs to do more than simply be bigger to get that job done. 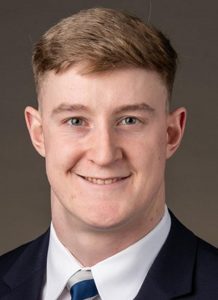 Let’s go with Kuntz, but that hardly means the lack of a spring practice season ruins his chance of seeing more playing time.

The redshirt sophmore has a ton of potential, too. He filled the No. 3 spot on the depth chart well last season, catching two passes for 18 yards behind Freiermuth and Bowers. And don’t forget, he was as highly rated a prospect coming out of high school as anyone who will be in Penn State’s tight end room this season. In short, he might be the favorite to be the backup.

Is he as exciting a prospect now as Strange or true freshman Theo Johnson right now, though? Probably not. And the reason he fits in here is because he would have had an opportunity to separate himself from Strange as an all-around player had there been a spring practice.

Maybe he wouldn’t have. But the fact is, nobody is going on on-the-field work to evaluate players this spring. It’s weight room and past performance. And, the player getting the most hype in that regard is Strange.

No question, Freiermuth is the starter, and the second and third spots very easily could be filled by some combination of Kuntz and Strange.

The player to watch, though, is Johnson, who was perhaps the most intriguing tight end prospect in the nation in the 2020 recruiting class. He has to add some polish, as he played his high school ball in Canada. And, he wasn’t going to add that polish in the spring, because he suffered a shoulder injury and was going to miss the practices anyway. But he should be good to go by the time Penn State is good to go, and it will be interesting to see if not having the spring actually put him in better standing to play early. He might be the most physically gifted tight end in the group after Freiermuth. There will be heavy competition for the backup spots here once camp gets the green light, and that’s a tribute to just how much talent Penn State has brought in off the recruiting trail.